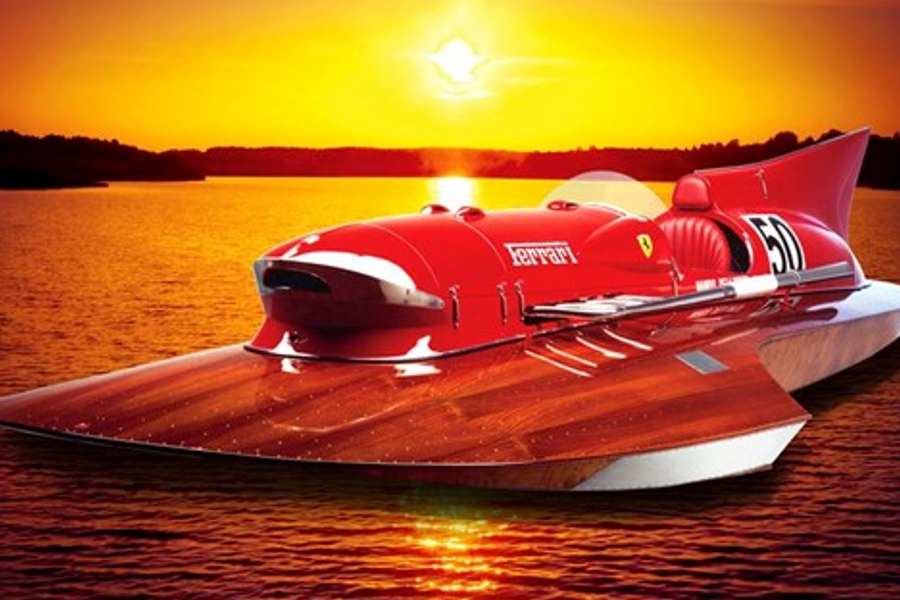 A star of the paddock at last September’s Goodwood Revival was not a car, but a stunning, unique and record-breaking boat powered by an awesome V12 Ferrari engine.

The boat was the idea of Achille Castoldi, whose aim was to break the speed record for 800kg boats. Having gained technical backing from Ferrari for the engine, the Modena company did not hold back and supplied a V12 4.5 litre, the same engine they were using in their Grand Prix cars at that point. In races the engine was producing around 385bhp, but it was decided that more was required for record breaking so two superchargers were bolted on, and the engine was adapted to run on the more volatile methanol, adding another 200bhp!

The superb engine in a stunningly sleek hydroplane hull did the job that was asked of it, setting a new record at a touch over 150mph. The boat then had a successful race career, before being restored a few years ago by Ferrari Classiche.

Owner Milton Verret took time out from the Goodwood crowds to tell us all about his unique  pride and joy!