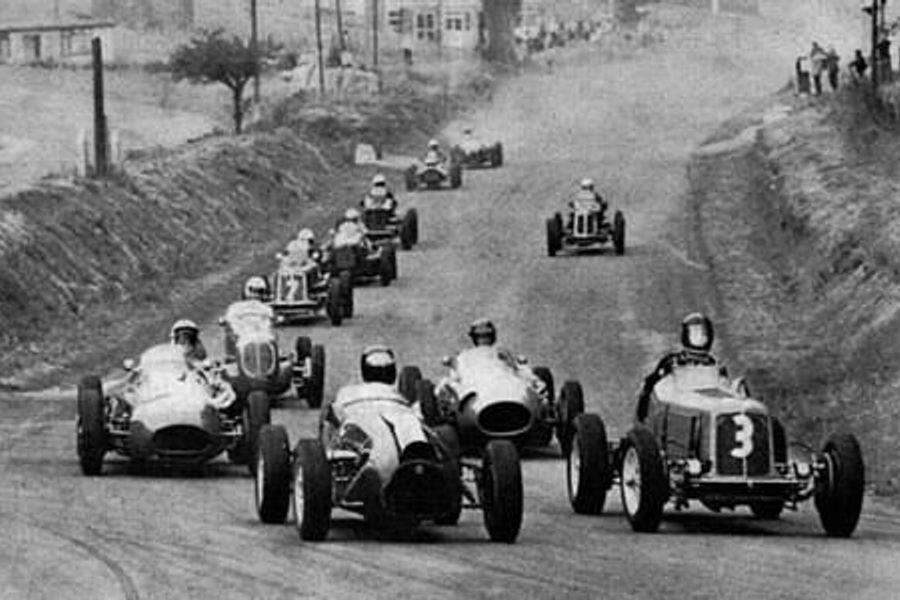 The Vintage Sports-Car Club will celebrate 40-years of racing at Cadwell Park this weekend, with its prestigious Shuttleworth and Nuffield Trophies Meeting at the Lincolnshire circuit on Sunday 24th of July. The day will mark forty years since the club’s first meeting at the venue on the 29th of August 1976, since when the event has become one of the most popular events on the calendar.
Widely known as the UK’s ‘mini Nurburgring’, Cadwell’s 2.2-miles of twists and undulations are more often seen as a playground for motorbikes but nonetheless have proved ideally suited to Pre-war and Historic Racing and Sports-Cars and a favourite amongst competitors and spectators through the years – the club’s annual status as one of the circuit’s largest attendance for a car event can certainly attest to that.
The day’s action-packed 12-race programme will feature a wide variety of Pre-war, Historic and Classic machinery, with the club’s traditional trophy races for Pre-1931 Vintage Racing Cars, Pre-1961 Racing Cars and Pre-war Sports-Cars taking centre stage, featuring three ERA representatives, the revered local Bourne-based pre-war marque, including Julian Wilton’s R7B, which took part in the 1976 event.
The club also proudly host the Bugatti Owners’ Club’s revered Williams Trophy, celebrating the prolific career of ‘Grover’ Williams, winner of the first Monaco Grand Prix  in 1929, with a class of Molsheim Bugatti Type 35 and 51 models – the event also headlined the first VSCC visit to Cadwell.
Amongst the most historic of club events, the Spero & Voiturette Trophies welcomes a grid of small capacity racers, many of whom will also contest the Triple-M Register MG vs Austin 7 Challenge, whilst the ‘chain gang’ is out in force for the annual race for Pre-war Frazer Nash and GN cars.
Complementing the day’s vintage line-up, the club also welcomes the Classic Formula Ford 1600 Register for their inaugural VSCC appearance, with a round of their Pre-1982 Championship, alongside another Formula 3 (500) Race for regular supporters, the 500 Owners’ Association.
As at all VSCC race meetings, spectators will be able to enjoy free access to the competitor paddock, where they can get up-close to the cars and drivers, whilst Cadwell Park offers some of the best viewing of any UK circuit, including free access to the grandstand overlooking the famous ‘mountain’ section.
Spectators arriving in a pre-war or classic car will be welcome to park in the designated car park behind the ‘mountain’, which is sure to attract a wonderful array of machinery, whilst there will also be a number of trade stands located in the paddock, and the venue’s clubhouse will be providing hot/cold food and drink all day.
Practice will get underway at 9.00am with racing commencing after the lunch break at 1.00pm.
Cadwell Park The Vintage Sports-Car Shuttleworth and Nuffield Trophies Meeting