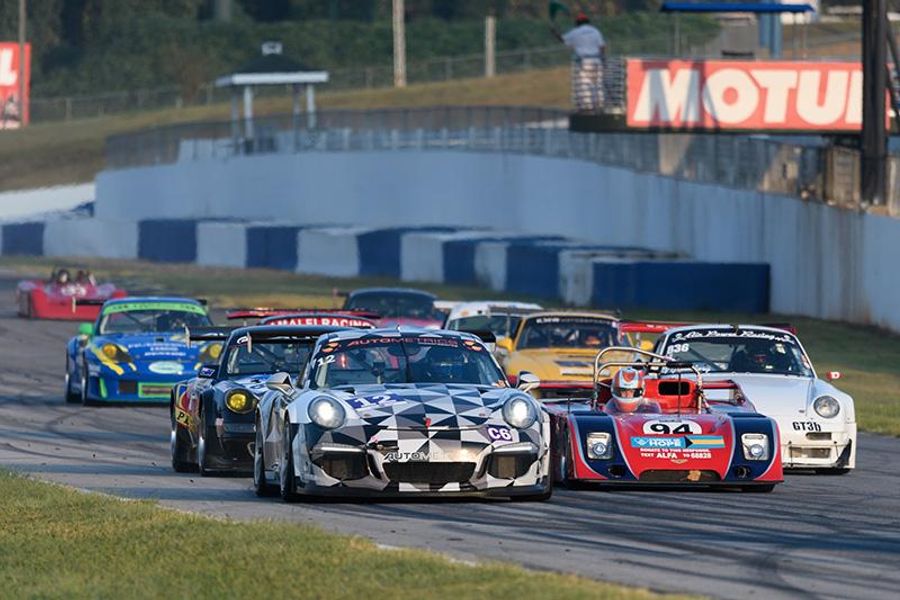 The HSR Fall Classic came to a safe and successful conclusion Sunday at Michelin Raceway Road Atlanta where three feature races and the final round of WeatherTech Sprint races produced even more winners in a competitive weekend of racing.

The overall and Prototype class B.R.M. victory went to the Hudson Historics 2009 No. 230 Corvette Daytona Prototype of William Hubbell.

The winner shared the podium with Dominick Incantalupo who co-drove the 2011 No. 54 Roin Realty Holdings Oreca FLM09 with Sean Rayhall to second place overall and in the Prototype class.

Price Ford and Cody Ellsworth finished third overall and scored the GTM victory in the 2015 No. 12 Autometrics/Team Racerink Porsche GT3 Cup. The win was the second HSR endurance race victory of the year for Ford and Ellsworth who also captured B.R.M. Challenge GTM honors last May in the HMSA/HSR race at Barber Motorsports Park.

The overall B.R.M. Challenge top five was completed by the final two podium placing GTM competitors. Charles Craig and Cory Friedman drove the Autometrics 2007 No. 26 Porsche 997 RSR to fourth overall and second in class. Francesco Melandri soloed to fifth overall and third in GTM in the 1996 No. 96 Porsche 993 KMR GT2/Evo.

The B.R.M. Challenge Historic class win was earned by Hartmut von Seelen and Kevin Wheeler in the 1973 No. 51 Porsche 911 prepared by KMW Motorsports.

The overall and Global GT victory went to Ray Evernham who wheeled his unique 1936 No. 19 Chevrolet "Ghost" to its second win of the weekend. Evernham also won Saturday's WeatherTech Sprint Group 9 race in "Ghost" in addition to loaning his 1965 No. 19 Chevrolet Corvette Roadster to NASCAR Legend Bill Elliott for a winning effort in Friday's Sasco Sports International/American Challenge race.

Evernham shared the overall Global GT podium with runner-up David Richardson in the FlatSix Motorsports 2007 No. 06 Porsche 997 GT3 Cup and Craig, who made it two podium finishes on the day in the Autometrics 2007 No. 26 Porsche 997 RSR.

The HSR Atlanta Fall Historics was the first of three race weekends that will bring the 2019 season to a close. The 2019 schedule concludes for the third-straight year with back-to-back runnings of the HSR Classic Daytona presented by IMSA, November 13 - 17, and the Classic Sebring 12 Hour, Pistons and Props, presented by the Alan Jay Automotive Network, December 4 - 8.

Engen the Big Winner of HSR's Final Day at Barber