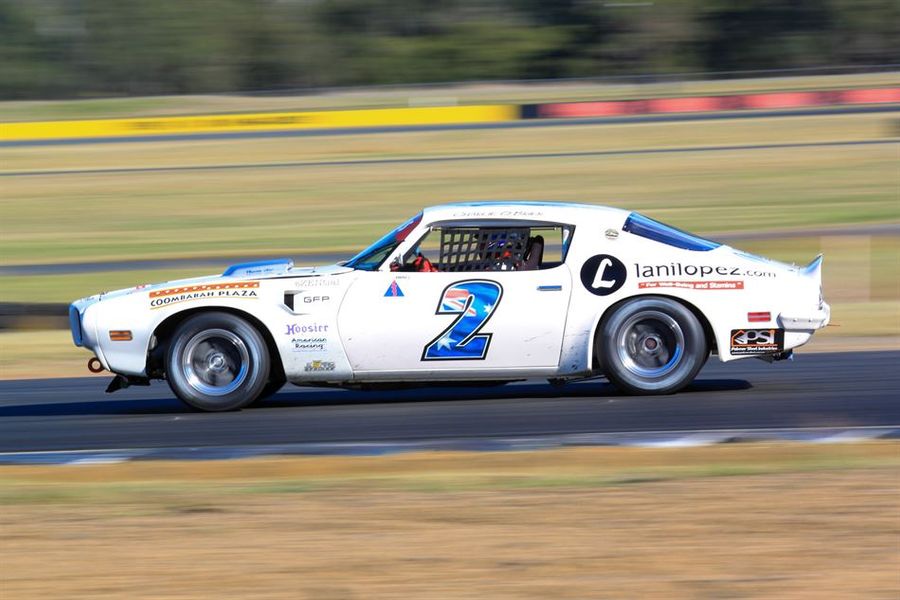 Eight leading Queensland competitors will join the new-for-2015 2015 ENZED Touring Car Masters (TCM) TransAm class during round five of the Series at Queensland Raceway next week. A growing relationship between TCM and organisers of the Queensland-based Australian TransAm group will see the TCM field bolstered by the local competitors, who will race for their own class trophy within the broader Touring Car Masters field. It will ensure that the Shannons Queensland Tourist Trophy has even more relevance to local fans attending the Coates Hire Ipswich Supersprint V8 Supercars Event on July 31st to August 2nd.

TransAm cars compete at a more ‘standard’ level of modification compared to Touring Car Masters racers with the class designed for US muscle cars from the 1963-1974 period not catered for in Group N regulations.

“Since Muscle Car Masters last year, TCM have been watching our progress and the growth of the quality, reliability and competitiveness of our Trans-Am class,” said TransAm representative, Ian Woodward. “Both Parties are now comfortable to combine for a number of selected events. The first event being just over a week away at the Shannons Queensland Tourist Trophy, in support of the Coates Hire Ipswich Supersprint V8 Supercar meeting at Queensland Raceway.

“This is a valuable step for both parties to showcase these fantastic categories in the one event.”

TCM Category Manager and Chevrolet Monza racer Tony Hunter said he was looking forward to a big grid putting on a show for the Queensland fans.

“There’s nothing better than a large grid of loud, exciting and vibrant Muscle Cars and Queensland Raceway is one of the best places to see them,” he said. “The TransAm Class was introduced this year as a way to get more people on the grid and make sure that we can put on the best possible show for all the fans who come to our races. Some great machinery and drivers will be joining the grid at QR and we’re looking forward to welcoming them to Touring Car Masters.”

The local contingent adds to the remarkable depth of this year’s TCM grid with another ‘old’ rival from the Australian Touring Car Championship days to join the fray. Charlie O’Brien will return to race head-to-head with old rivals Jim Richards, John Bowe, Andrew Miedecke and Glenn Seton when he races his TransAm-spec 1970 Pontiac Firebird across the three-race weekend.

A veteran of more than 25 Bathurst 1000 starts, John English will race his 1967 Ford Mustang Coupe while Ian Woodward (Z/28 Camaro), who used to build engines for Dick Johnson Racing and V8 Supercars competition, will also make his TCM debut.

In another unique moment, the sister car to ‘Sally’ - the famous TCM Mustang owned by John Bowe and raced by Steven Johnson in Darwin – will race against it’s sibling for the first time. Anthony Tenkate’s 1969 Ford Mustang was one of two chassis’ bought into Australia by former TCM racer and technical chief, Drew Marget.

One car was converted to Group N and later TCM specification before being purchased by John Bowe in 2010. The other was sold to Tenkate and constructed into his current TransAm ride and next weekend will mark the first time that the pair of cars have raced head-to-head.

Brett Curran (1967 Mustang Fastback), Alwyn Bishop (1968 Mustang Coupe), Mike Collins (1965 Mustang Coupe) will add to the already-diverse Mustang ranks on track, while Martin O’Kane’s 1970 Chevrolet Camaro will bolster the Chevrolet ranks. Meanwhile TransAm racer Ian Palmer will race his TCM-spec Pontiac Firebird on home turf for the first time, having sat out the most recent round in Darwin due to a clashing meeting elsewhere.

Brisbane’s Keith Kassulke scored his first TCM pole position at QR in 2013, edging out John Bowe by 0.2s in his Ford Falcon Coupe, and will be looking for another strong run on the series’ return this year. Torana driver Jason Gomersall – coming off the back of his best round of the season in Darwin – and King Springs racer Mark King, who sits fourth in the standings after four rounds this season – complete the 14-strong contingent sporting Maroon next weekend.