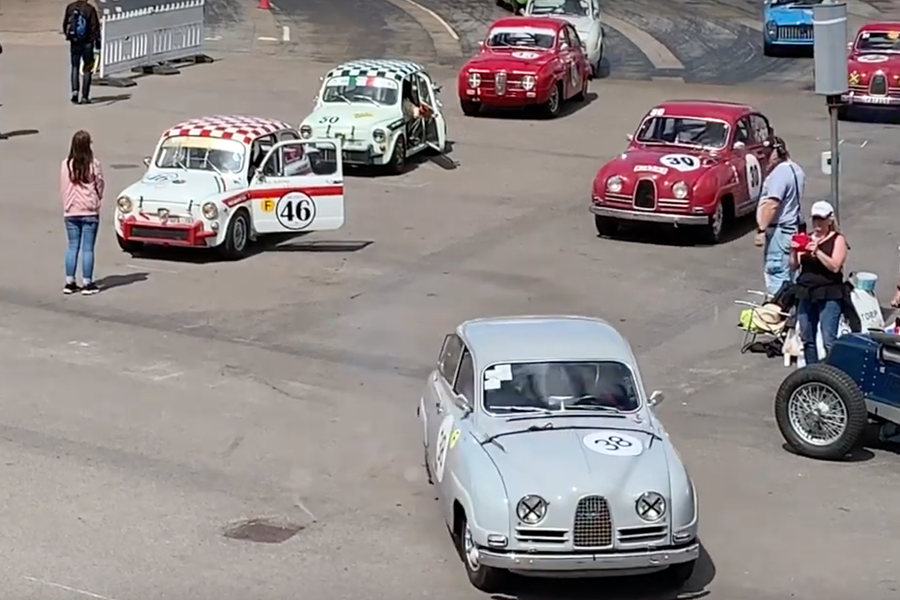 Interestingly, the outside line of the two-by-two grid, led by Torbjörn Andersson's Riviera Racing Mini #52, is released from the assembly area first, allowing marshals to move across to the pit side of the track, where the #46 Fiat Abarth of Per Skårner will take up pole position.