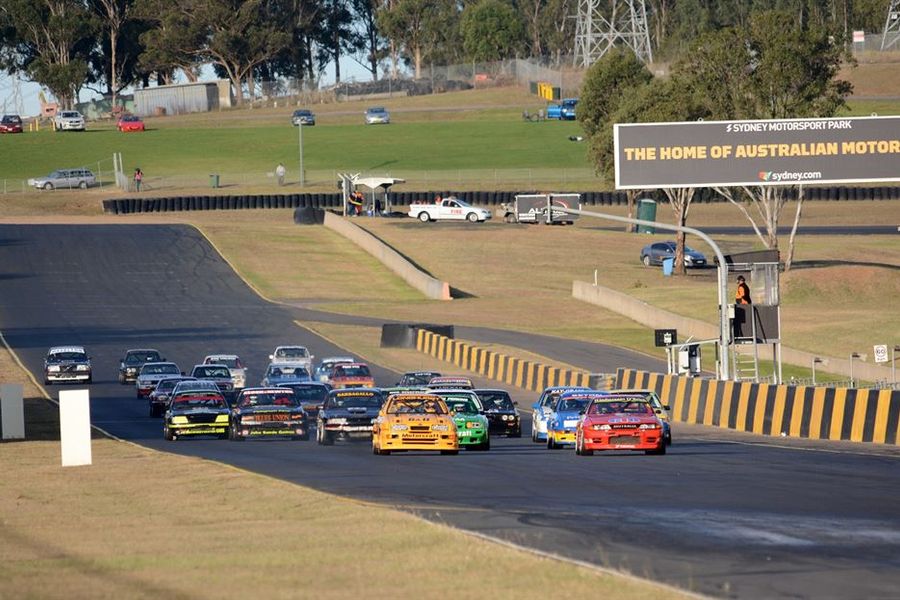 Forty-two genuine historic Group C and Group A touring cars from the Heritage Touring Cars series will take to Sydney Motorsport Park over the Muscle Car Masters weekend at the end of this month in a field that features no less than three Bathurst-winning drivers.
The event will see Jim Richards back behind the wheel of the JPS Team BMW Group C 635CSi that he originally raced during 1983 and 1984. He is joined by fellow Bathurst-winners John Bowe, who will be competing in a Volvo 242 GT, and Bob Holden on board one of his Bob Holden Motors Toyota Corolla AE 82 Gs.
Jim's BMW will be in good company, with the Bavarian marque well represented. David Towe will be driving his signature 1987 JPS BMW M3, another ex-Richards machine, and joined by Peter Jones in the ’92 E30 M3, David Harris in a JPS 325i and Duncan MacKellar in an M3.
Ed Singleton will be back on board the 1977 John Goss Racing Ford Falcon XC that he first unleashed in Heritage Touring Cars racing back in round one of the 2016 series.
The very pointy end of the field will be hotly contested with the final entry in the season-long Group A duel between Carey McMahon in the ex-Tony Longhurst Ford Sierra RS500 and Tony Alford’s high-tech monster - the Sandown-winning 1991 ex-Mark Gibbs Nissan GTR ‘Godzilla’. Anthony Compton in the ex-Glenn Seton Peter Jackson Sierra RS500 has the muscle and race craft to keep them honest.
The ex-Dick Johnson Greens'-Tuf Mustang of Terry Lawlor may be one of the earliest examples of the Group A specification, but with Lawlor behind the wheel it’s sure to be a thrill to watch and competitive to boot.
Muscle Car Masters will hold an unrivalled celebration of Australian motorsport history at Sydney Motorsport Park over the 29th and 30th of October.
BMW Heritage Toung Cars Sydney