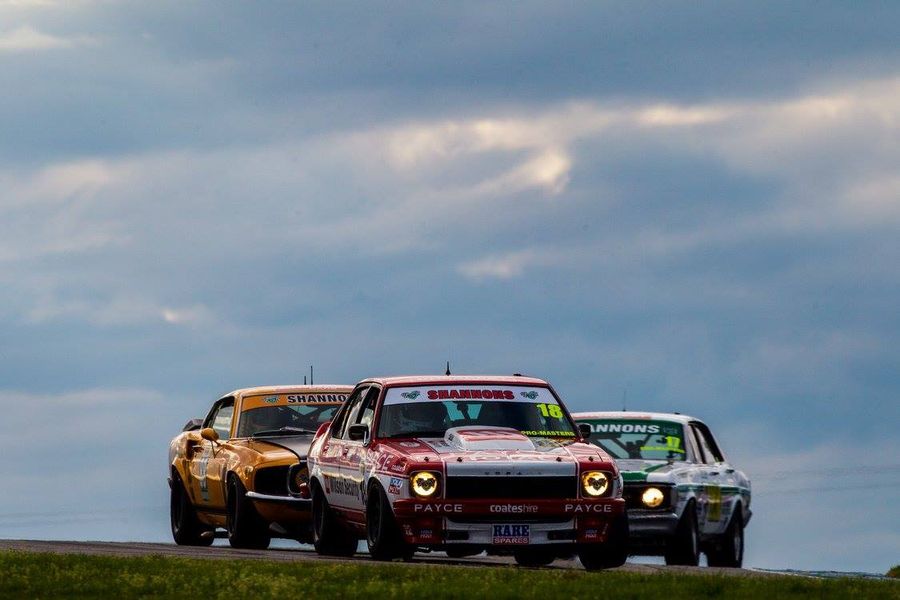 The second round of the 2019 Paynter Dixon Touring Car Masters series will see the championship return to the Phillip Island Grand Prix circuit this weekend after a two year absence. Fresh from a break following an ultra-competitive start to the year on the streets of Adelaide, the fast and flowing Phillip Island circuit will pose a different challenge to competitors as they look to establish the 2019 pecking order.

The Victorian circuit will see several new drivers and cars make their debuts as more firepower gets added to the grid.

Experienced GT and Supercars racer Geoff Emery will make his first TCM start, joining Jim Pollicina in a two-car Mocomm Communications Holden Torana team this weekend. The car is the same driven by Pollicina to the ProSports class championship last season, and was raced by former champion Gavin Bullas in Adelaide. 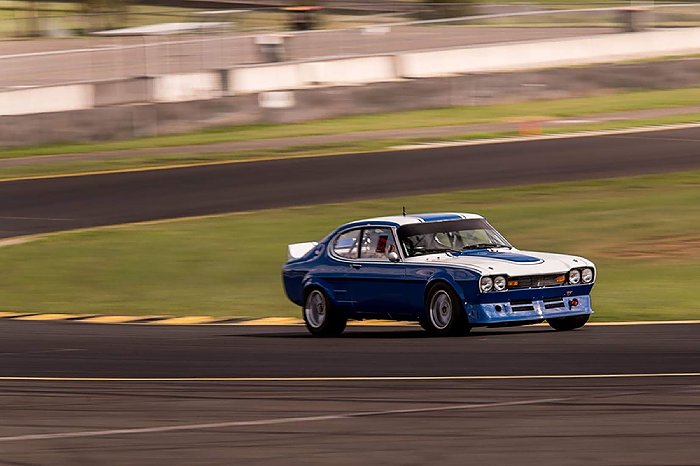 Meanwhile, Jeremy Gray will make the much anticipated debut of his Ford Capri Perana this weekend. Just the second Capri to race in the category, Gray steps aboard the Blue Oval product having made an impressive start to his TCM career in Adelaide driving a Holden Torana with Multispares Racing.

His seat in the two-car Torana squad will be filled by another former V8 Utes racer, Peter Burnitt, who will drive the No. 12 car for the remainder of the season alongside teammate Ryan Hansford. Sydneysider Tony Karanfilovski makes his first start of the season in his Ford Mustang coupe, while Bob Middleton will make a racing return when he steps into the No. 85 Whiteline Racing 1970 Chevrolet Camaro.

Racing icon and Tickford Racing co-owner Rusty French will also make his first start of the year when his stunning black and gold Mustang returns to the circuit, while Marcus Zukanovic will add another to the list of circuits where his still-new XD Falcon has raced.

The remainder of the field is as raced in Adelaide, Steven Johnson holding a narrow 16-point margin at the top of the standings over Adam Bressington. Jim Pollicina leads the Pro-Am standings and also sits third outright in points following the opening hit-out in Adelaide. Following an impressive debut in the category, Ryal Harris sits fourth in his EFS Camaro.

Five-time champion John Bowe sits eighth in the championship however enters the Phillip Island round as the defending winner at the venue: His Holden Torana having won two races the last time the series raced there in September, 2016.

Of the leading contenders currently filling the top-10 in the championship, Johnson, Bowe and Bressington may find themselves with some advantage given their prior history at the track.

While Johnson raced a Falcon GTHO during the series’ last visit, he was a winner aboard the car that is now his own when drove it during the 2015 season. Harris, Pollicina, Bruce Williams, Rob Hackwood, Jeremy Gray and Paul Freestone were all absent the last time the series raced there, however.

Bowe won the 2016 round while Bressington finished fourth overall and Johnson fifth, while Bowe edged Johnson for the overall victory the year before. Bowe leads many of the Phillip Island statistical records, including having scored the most pole positions at the venue (5), plus the most race (7) and round (the last three straight) wins there.

Phillip Island has, however, a record of producing even competition amongst the five-litre cars, like Bowe’s Torana, and the bigger six-litre cars like Johnson’s Mustang or Bressington’s Camaro.

While the circuit is the fastest on the calendar, it also places a premium on tyre life and handling balance. As such, while Bowe’s Torana has won four of the last six races at Phillip Island, big capacity Falcons, Camaros or Mustangs have won six of the past ten.

The Paynter Dixon Touring Car Masters field will tackle its regular program of four races this weekend. Practice, qualifying and the Dometic Trophy race will be held on Friday, with Races 4 and 5 of the season proper on Saturday. Sunday will see race 6 conclude the weekend.