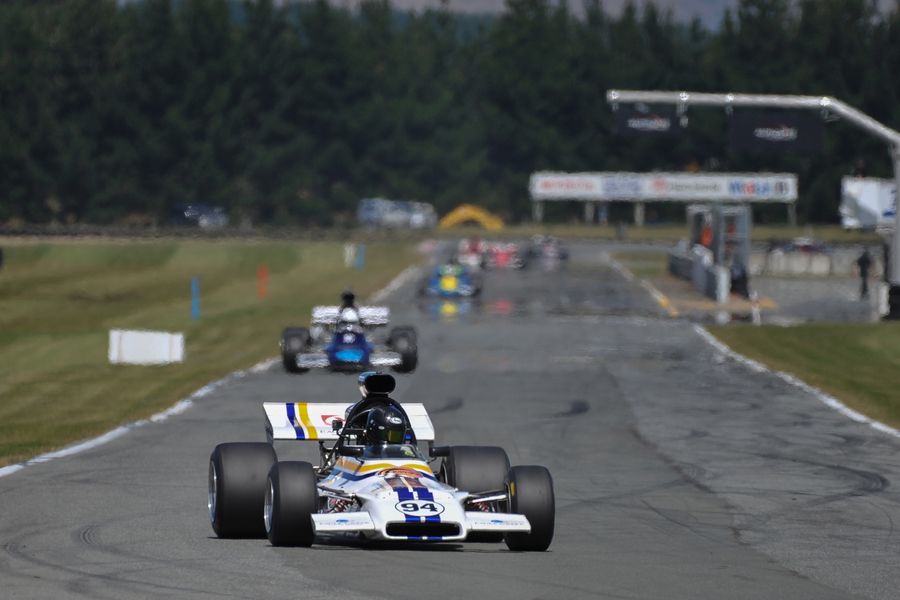 In front of a large and appreciativec crowd gathered to celebrate the achievmemts of local car constructor George Begg, Collins - driving the Alistair Hey-owned Leda LT27 – parlayed pole position in qualifying this morning to a lights-to-flag win in the first class race of the weekend this afternoon. 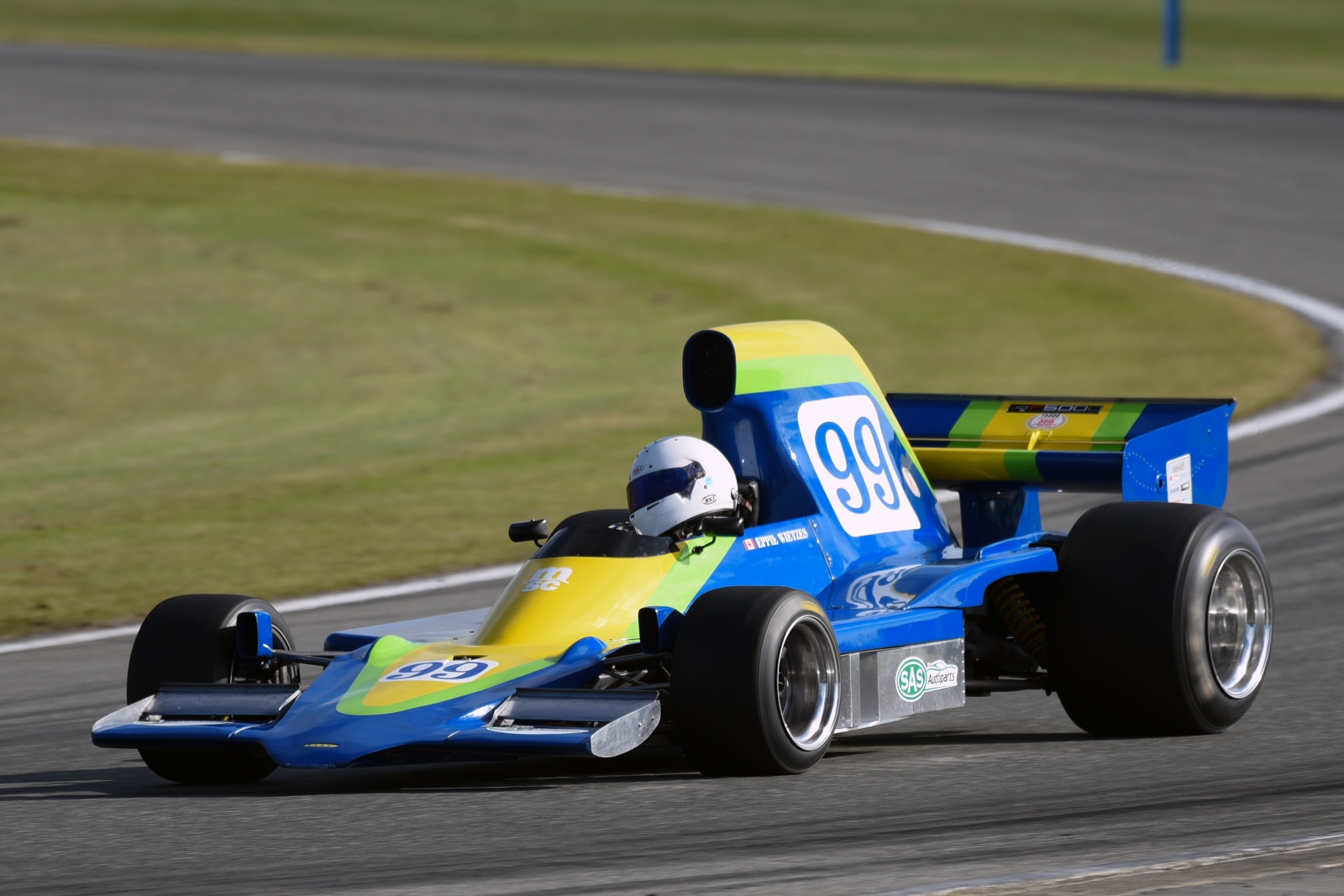 In second place, some 6.006 seconds behind after six laps of the 6.620km Southland circuit was three-time former series title-holder, Steve Ross in his visually-identical but later model McRae GM1, while third and enjoying one of his best and certainly most competitive showings to date, was Glenn Richards, from Auckland, behind the wheel of the ex Eppie Weitzes’ Lola T400.

Early on former Southlander LeRoy Stevenson, who had qualified Queenstown car owner Alistair Hey’s other Leda LT27 (the fluro-pink ex Graham McRae 001 car) third, held third place but pitted on the second lap feeling unwell thanks to a bout of the flu.

David Banks, ,who had qualified his ex-Jon Woodner Talon MR1 sixth pitted not long after with a gear selection issue, a problem which also saw Australian visitor Pual Zazryn pit and also pull out.

That left fifth place to Grant Martin in the ex-Chris Amon Talon MR1A, then a gap back to Shayne Windleburn (Lola T400) then Tony Roberts in the high-wing McLaren M10A (pictured below), Class A rival Frank Karl in his MclArne M10B and Tim Rush in the Begg FM4.

There are two more races on the programme at the George Begg Classic Speefest tomorrow, an eight-lap preliminary one on Sunday morning and a final 12-lap feature in the afternoon. 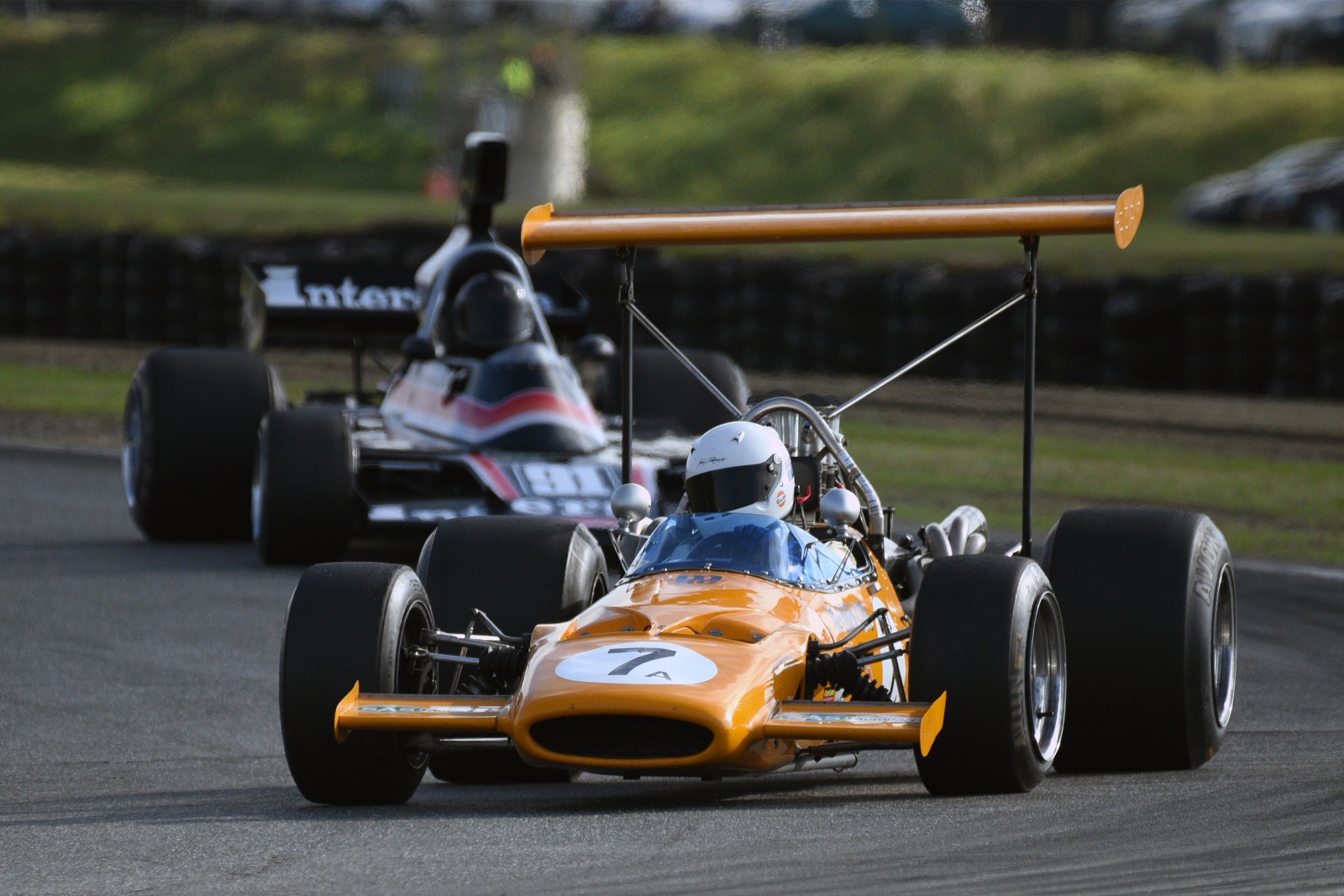