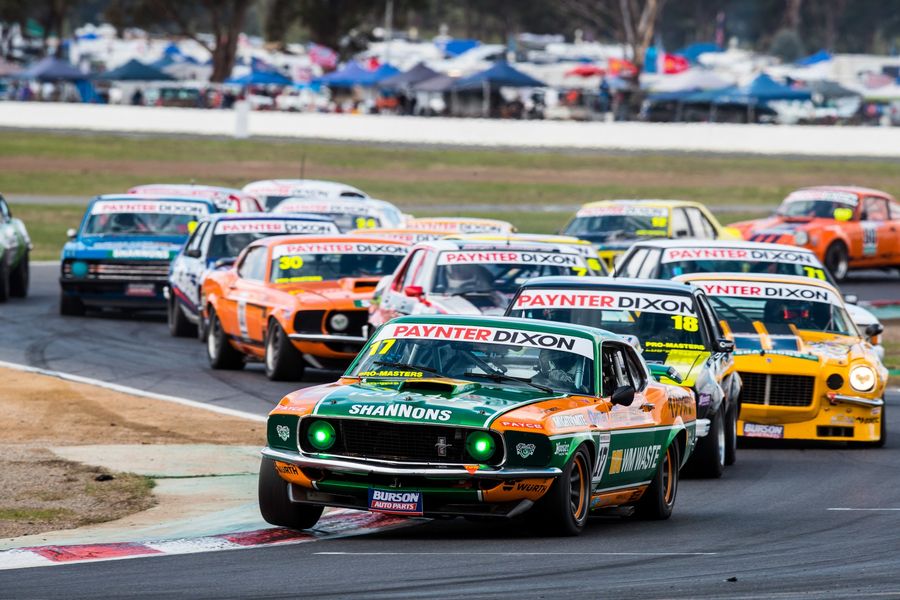 He’s now won each of the eight championship races held this year and his third round win in a row equals the all-time record for most consecutive round wins in the series. It was far from easy, however, with Johnson hassled by a rapid Torana in each race this weekend.

After Hansford pushed the Mustang hard on Saturday, John Bowe assumed the leading position on Sunday in his best weekend of an otherwise challenging 2019 season to date. The five-time champion pressured Johnson in each race before the Mustang was able to pull away late in each sprint.

“They monstered me all weekend, they wouldn’t go away,” Johnson said of the Torana challenge at Winton. “It was interesting to see how they came on during the race. I changed my car a little bit during the race after yesterday when it took me six or seven laps to start edging away from Ryan.

“I wanted to try and do that a bit earlier if I could and it worked. John and Ryan were battling in race two earlier today which gave me a bit of a helping hand while the slowed each other up.
Then in race 3 John was there. He would make a mistake and I’d pull away, then I’d make one and he’d close up.” 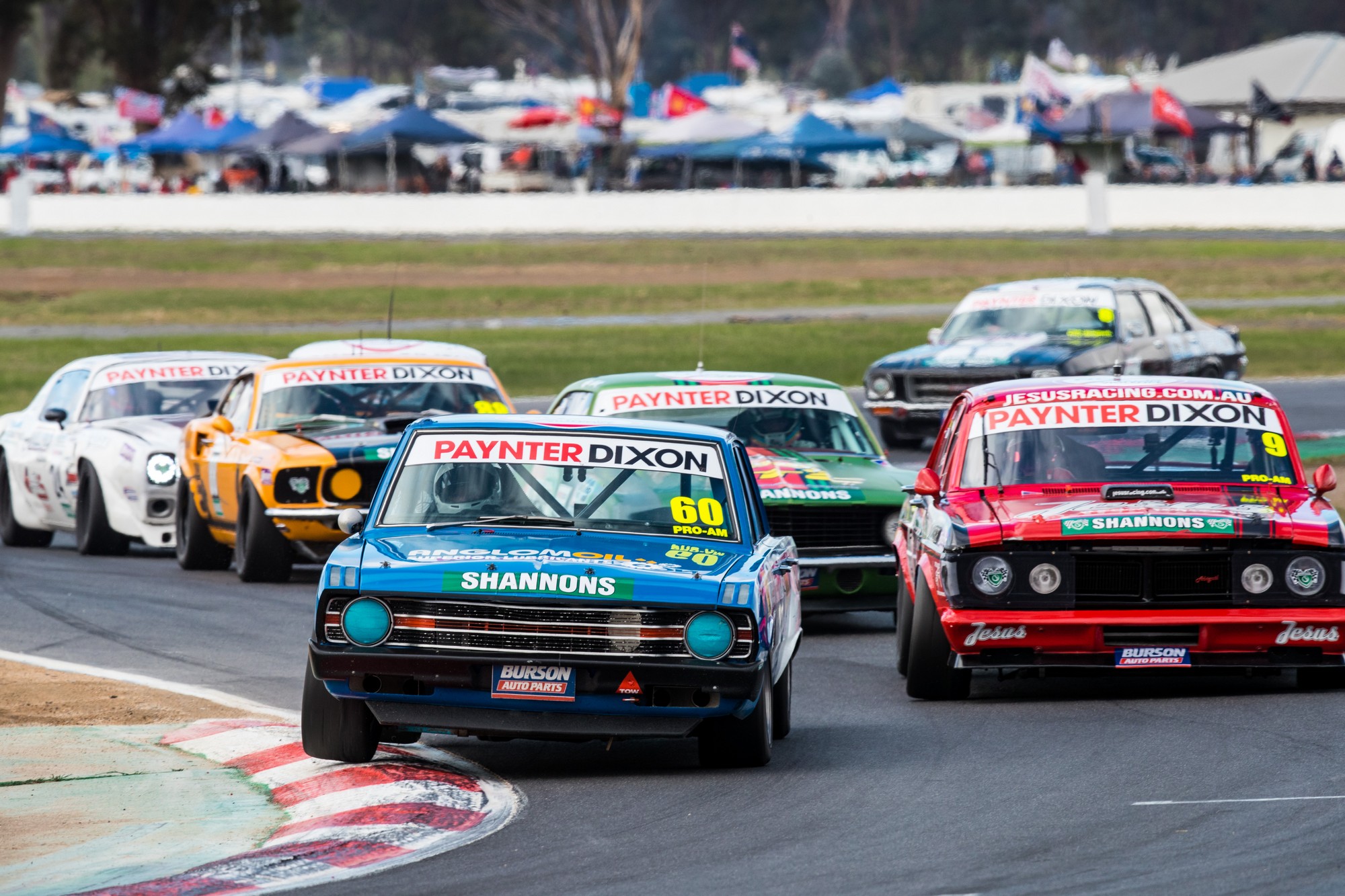 Johnson now leads Adam Bressington in the championship by 114 points, while Bowe moves to third just nine behind the Whiteline Racing Camaro driver. Despite posting his best weekend of the season so far, Bowe has now gone 15 races without winning – the longest dry spell in his remarkable history in the championship.

The pair of Sunday races at Winton were each competitive affairs with intense racing throughout the pact.

Johnson led all the way in race two, with a furious battle between the Torana’s of Ryan Hansford and John Bowe underway for second place. Hansford held his ground for much of the race however ran wide at turn seven on the 10th of 11 laps – surrendering second to Bowe and dropping to seventh.

Meanwhile a competitive fight behind was underway for fourth position with Adam Bressington, Ryal Harris and Adam Garwood dicing.

Bressington lost out on the third lap when contact from the EFS Camaro turned the similar Whiteline machine around: Bressington dropping to 15th position while Harris finished eighth following a five-second post race penalty.

That elevated Adam Garwood into position for a spot on the podium with Jim Pollicina close behind. 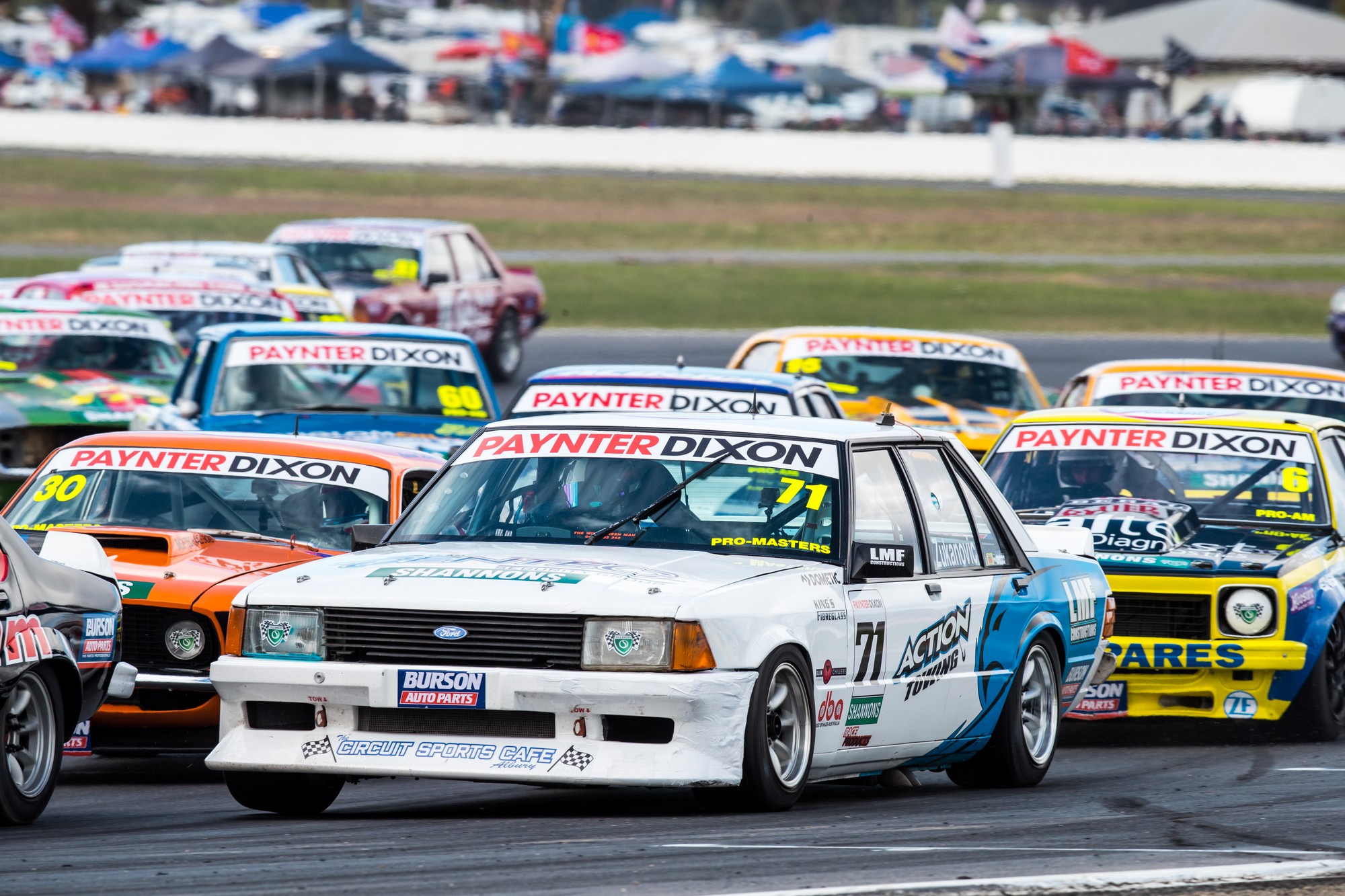 After a challenging Saturday, Marcus Zukanovic finished a season-best fifth in his Action Racing XD Falcon, holding out Glenn Seton in a terrific battle that lasted much of the race.

In the final race Johnson again led from the start while Bowe slotted into second and applied early pressure to his old Mustang. Garwood and Pollicina ran third and fourth, respectively, all race while Aaron Seton scored a personal best in fifth.

A stout recovery drive from Bressington saw him storm through the field to sixth position to salvage championship points after his frustrating incident in race two.

Zukanovic was sixth following a heady, race-long fight with Ryan Hansford that saw the pair swap positions on several occasions. Harris was ninth with Williams completing the top-10.

After a busy start to the season with three rounds in as many months, the Paynter Dixon Touring Car Masters takes a mid-season break before the championship resumes at Queensland Raceway this July.