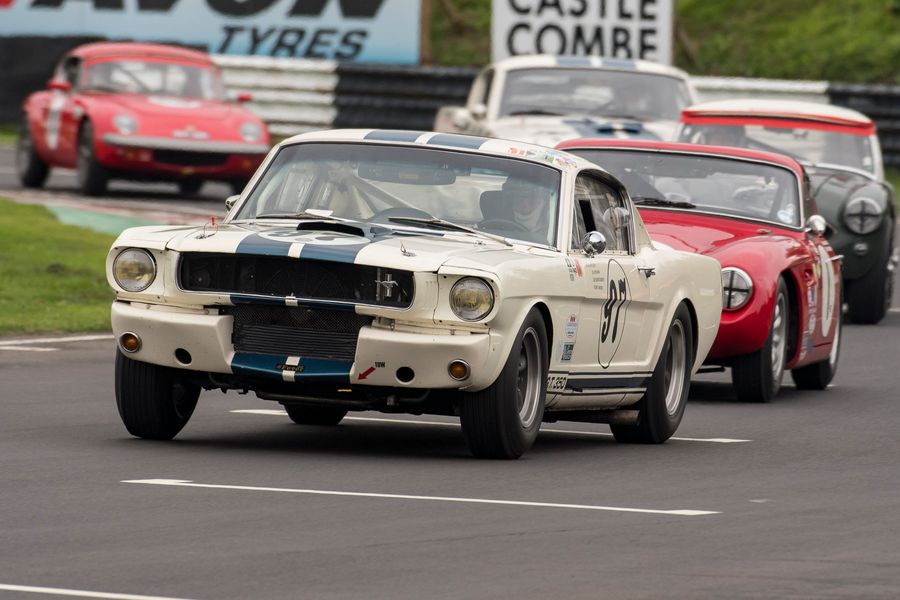 Heroes of the 1960s will take centre stage at the eighth Castle Combe Autumn Classic, which is confirmed for Saturday 5th October.

The early details of the 2019 event include a celebration of 50 years of Formula Ford at the Wiltshire track, an all-Alfa Romeo race and displays to mark 60 years of Marcos.

First run in 2012, the Autumn Classic is now firmly established as a must-do date on the classic racing calendar and consistently delivers glorious racing from grids full of cars of the 1950s, 1960s and 1970s.

The 2019 edition will celebrate a golden decade of motor racing, both nationally and internationally. As well as being the decade of flower power, Carnaby Street and the 1966 World Cup, the 1960s was a memorable time for British motor racing. Graham Hill, Jim Clark, John Surtees and Jackie Stewart were all World Champions as Lotus and BRM took on Ferrari.

Already confirmed for the event are three races from the Historic Racing Drivers’ Club, including the exciting new Classic Alfa Challenge. Many of the cars are from the 1960s, though the post-historic class allows cars from up to the 1980s to join the grid. The HRDC will bring two more grids, full to capacity with sports, GT and touring cars of the 1950s and 1960s.

The circuit’s heroes of the 1960s will be remembered, including saloon car racers like Vince Woodman, Brian Cutting, Geoff Mabbs and Richard Longman. Meanwhile, the 1968 season was notable as it heralded the arrival of Howard and Pat Strawford as officials for the South-Western Centre of the British Racing and Sports Car Club. By the mid-1970s, the Strawfords were running the circuit and fighting to keep it open.

It was in 1959 that the late Jem Marsh built the first Marcos sports car and the Autumn Classic will honour the 60th anniversary of one of Britain’s most successful and best-loved specialist car manufacturers. The company was based in Bradford-on-Avon and then Westbury and delivered race-winning cars and striking road cars for nearly half a century. With the support of the Marsh family, a huge gathering of Marcos cars will be a prime feature of the event.