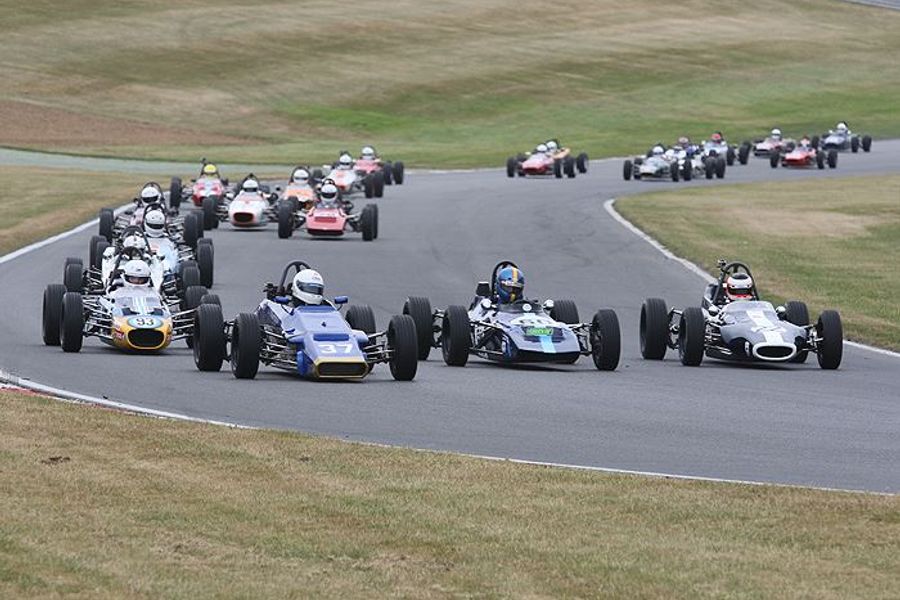 The Historic Sports Car Club (HSCC) will mark its 50th anniversary with major historic race meetings this season including a celebration on the Brands Hatch Grand Prix circuit (1-3 July) and the traditional Oulton Park Gold Cup (27-29 August).  In celebration of the first Griffiths Formula race for sports cars from 1945 to 1955, which was held in May 1966, the Brands Hatch and Oulton Park events will be key fixtures in the club’s 50th anniversary season. Back in the mid-1960s, the Griffiths Formula races led to the formation of the HSCC, which is now Britain’s leading organiser of racing for cars from the 1960s, 1970s and 1980s. The Brands Hatch Grand Prix circuit has been a highlight of the HSCC calendar for the last 26 years and is an opportunity for club members to tackle the wonderful layout which remains relatively unchanged since it opened in 1964. This will expand to three days in 2016 with support from circuit owner Jonathan Palmer in celebration of the club’s Golden Jubilee, which allows for an expanded race programme.  In addition to a full range of HSCC domestic championships, the Brands Hatch event will feature two races for the HSCC Historic Formula 2 FIA International Series, a round of the HSCC Pre ’80 Endurance Series, the HSCC Super Touring Trophy and the Jaguar Heritage Challenge. A very welcome guest grid will be the HGPCA with races for pre-1966 rear-engined Grand Prix cars. “We’ve got a fabulous race line-up for Brands Hatch, probably one of the best in the event’s 26-year history,” said HSCC Chief Executive Officer Grahame White. “We are extremely grateful to Jonathan Palmer and the team at MSV for giving us the chance to grow the event to three days.” The Oulton Park Gold Cup will be another feature event of the HSCC’s 50th anniversary season, with its traditional August Bank Holiday date at the charismatic Cheshire track. The 2016 programme will include a full range of HSCC domestic championships as well as feature races for the HSCC Super Touring Trophy and the Jaguar Heritage Challenge along with a return for the HGPCA with races for pre-1966 rear-engined Grand Prix cars. “The Gold Cup is one of the most popular events of our season, both for competitors and spectators,” said White. “We’ve been able to add some more headline races for 2016 and I’m particularly pleased that the HGPCA will be back with us. The sight and sound of pre-1966 Grand Prix cars in action will give everyone a real flavour of the Gold Cup races of the early 1960s.”