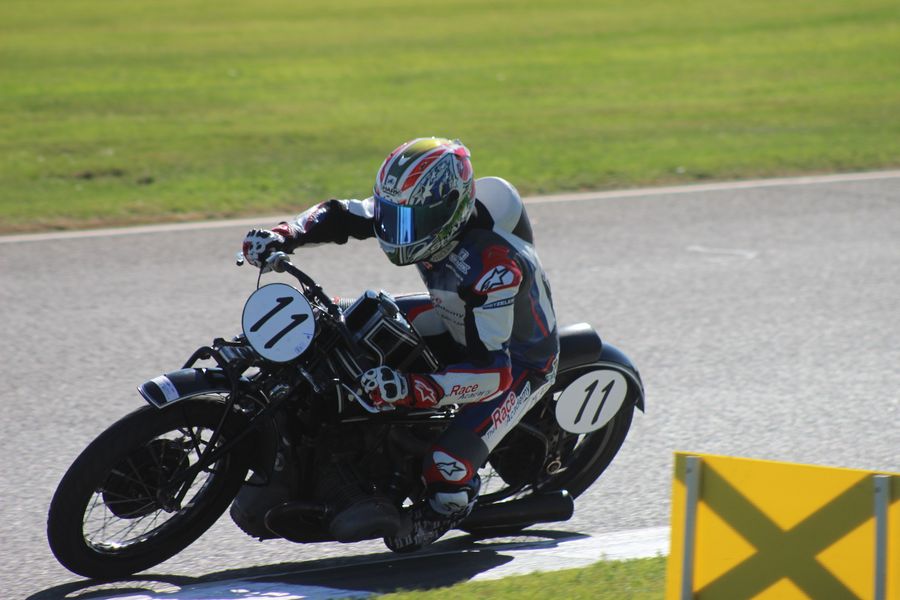 A number of the top Isle of Man TT riders will swap the roads of Ellan Vannin for the Goodwood Motor Circuit at the Goodwood Revival on 13th-15th September. Goodwood is delighted to confirm that both winners of Monday’s Superbike and Supersport races will be on the grid for this year’s Barry Sheene Memorial Trophy.

Peter Hickman, the fastest man to ever lap the Snaefell Mountain Course (at an eye-watering average of 135.452mph), will swap the BMW S1000RR he took to victory in the Superbike TT for a Manx Norton. Meanwhile the TT’s latest winner Lee Johnston, who took a narrow victory in the rain-shortened Supersport TT, will be aboard the Black Eagle Racing team’s MV Agusta – a bike he is familiar with, having taken it to the podium twice at August’s Classic TT.

Hickman’s closest rival over the past two years, Dean Harrison, will also be making his first trip to Goodwood, competing aboard a Fred Walmsley-prepared Matchless G50. Harrison and Hickman were at the centre of one of the most thrilling Senior TTs in recent memory last year, with the former leading for the majority of the race, before Hickman’s snatched the win out of Harrison’s hands in the last few miles of the final lap. Harrison finished runner up to Hickman once again in this year’s opening Superbike encounter.

Another rider making his Goodwood Revival debut will be Manxman Conor Cummins. While Cummins is yet to take a trip to the top step at his home circuit, he has visited the podium on numerous occasions, most recently rounding out the top three in the Superbike TT this past Monday.

James Hillier will also return to Goodwood after a strong first visit to the Motor Circuit at last year’s Revival resulted in a podium result. Having finished runner up to Johnston on Monday, Hillier will be hoping he can continue his recent run of form, which included winning the Superstock class at Northern Ireland’s North West 200 last month, through until September.

Alongside this week’s podium sitters will be two of the most successful men to ever compete at the Isle of Man will line up on the Goodwood grid. 23-time TT-winner John McGuinness and 18-time winner Michael Dunlop, of the legendary Dunlop Dynasty, will ride a Matchless G50 and Manx Norton respectively.

Both have enjoyed strong results at Goodwood in the past, with McGuinness taking overall victory in 2016. Dunlop, meanwhile, almost took the spoils alongside his brother William the following year, but engine trouble put an end to their blistering pace.