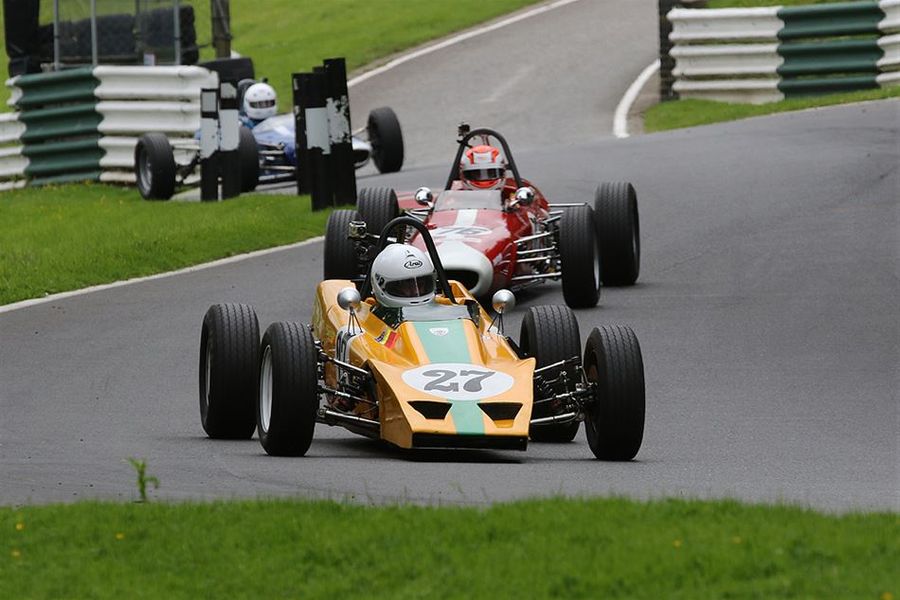 Star drivers from 50-years of Formula Ford will gather at Autosport International next week (12th-15th of January) as the Historic Sports Car Club kicks off a season of Formula Ford 50th anniversary celebrations.
On hand for an informal gathering at 2pm on Friday (13th January) on the HSCC stand in Hall 6 will be Grand Prix racers Johnny Herbert and Jonathan Palmer, Le Mans winner Nick Tandy and European Formula 2 champion Geoff Lees. All of them initially made their name in Formula Ford and Lees was famously a triple FF1600 champion in 1975.
Marking the beginning of the category in July 1967 will be Ray Allen, winner of the very first Formula Ford race which was held at Brands Hatch, while the story comes right up to date with Niall Murray, winner of the Walter Hayes Trophy in November 2016. Other successful drivers from the modern era of the category will include Joey Foster and Scott Malvern, while Ireland will be well represented by Arnie Black, Bernard Dolan and Trevor Templeton.
From a golden era of Formula Ford racing in the 1970s and 1980s will be some of the category’s most successful and popular racers like Rick Morris, John Village, Jim Walsh, John Bright and Julian Bailey.
To mark 50-years of the of the hugely popular single-seater category the HSCC display will include eight cars spanning the Formula Ford story, including cars raced by World Champions Michael Schumacher, Emerson Fittipaldi and Jody Scheckter.
“We’ve got tremendous support from drivers coming to help start our year of Formula Ford 50th anniversary celebrations,” said Grahame White of the HSCC. “I’m sure there will be lots of memories shared of Formula Ford racing and I’m delighted that the drivers are making time in their busy schedules to join us.”
HSCC Formula Ford Autosport International FF1600