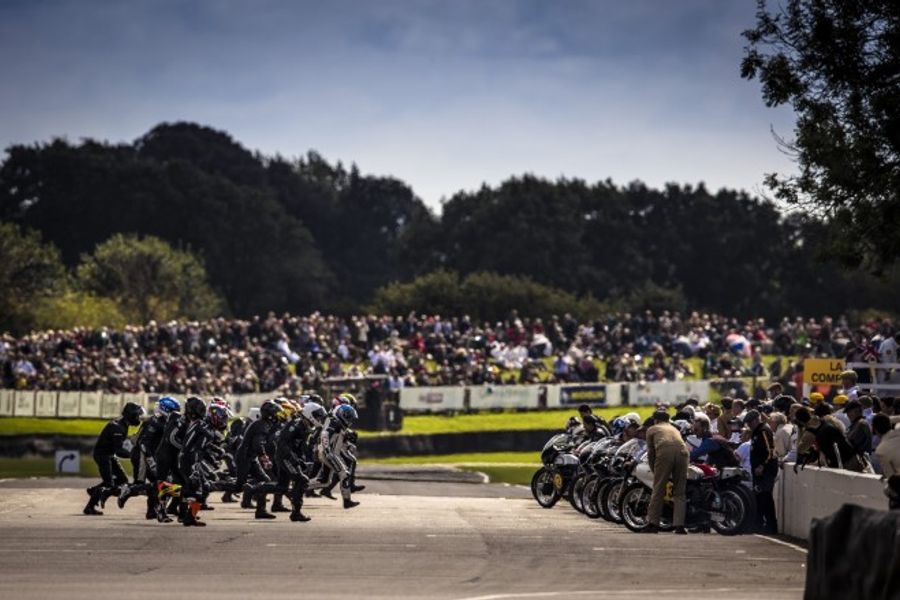 Goodwood have announced that 31-time MotoGP race winner Dani Pedrosa will return to racing at the 2019 Goodwood Revival on 13th-15th September in the most star-studded Barry Sheene Memorial Trophy in recent memory. The three-time MotoGP vice-champion will make his competitive comeback aboard a Paton in the two-rider Barry Sheene Memorial Trophy, alongside Revival regular Joaquin Folch Jr.

Keen to make an impression at the Revival, Pedrosa has already lined up some testing later in the month so he can get to grips with the 1960s racing machine ahead of his Goodwood debut in September.

Despite never winning the MotoGP championship, the Spaniard is a three-time World Champion, winning the 125cc crown in 2003, and taking back-to-back 250cc titles in 2004 and 2005 – becoming the youngest 250cc champion in the process. He also scored 31 victories in the premier class, winning races in every year between 2006 and 2017.

Following a career-long relationship with Honda, Pedrosa moved to KTM at the end of the 2018 season, and is currently the official test rider for the Austrian manufacturer’s works team.

The Duke of Richmond commented: “It is fantastic news that Dani has agreed to compete at the Revival this September. We have always pushed to get the top riders available competing in the Barry Sheene Memorial Trophy, and to have a rider of Dani’s calibre on the grid verifies that ambition. The quality of this year’s entry list is strong from top to bottom, and is sure to be a real classic.”

The Barry Sheene Memorial Trophy is a two-part, two-rider, ‘pro-am’ style race, with qualifying on the Friday and racing taking place on both Saturday and Sunday. As a result, all riders will be out on track on each day of the Revival weekend.

Completing the veritable who’s who of motorcycle racing will be former British Superbike riders, Howie Mainwaring-Smart, Jenny Tinmouth and Scott Smart, the nephew of the late, great Barry Sheene.