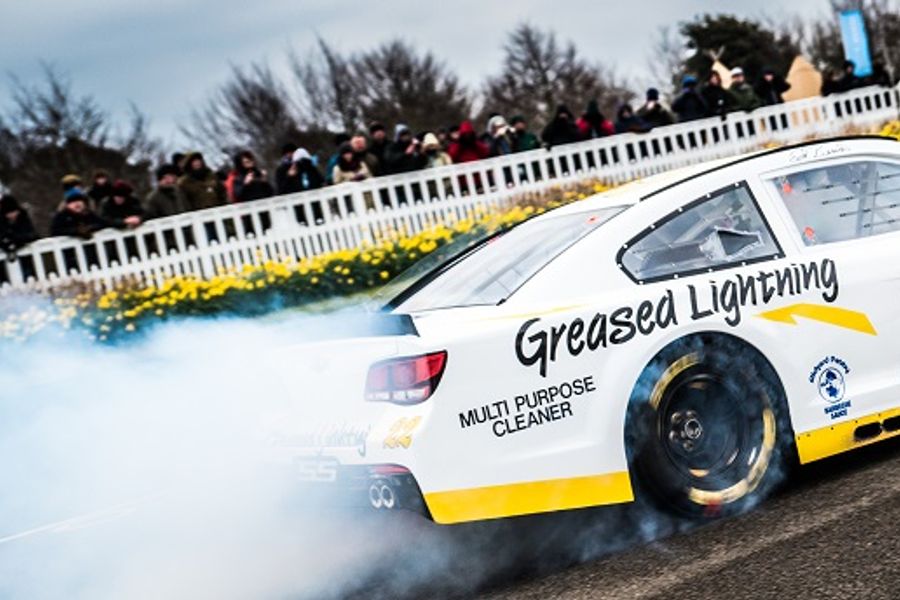 Goodwood have announced a series of high-profile American visitors to the Goodwood Revival on 13th-15th September.

The American delegation will be led by four-time NASCAR champion, Jeff Gordon. As the winner of 93 races in America’s most popular motorsport series, including three victories in NASCAR’s blue riband Daytona 500, the 2019 Goodwood Revival will mark the first time that the Californian has taken part in an event on British soil.

Alongside his popular cameos as a character in the Disney Cars movies, Jeff Gordon is known for his impressive performance at the wheel of a Formula 1 car in 2003, when he traded places with then-Williams driver Juan Pablo Montoya. The Goodwood Revival will also bring about a reunion for these two racing greats with the news that the hugely popular Colombian racer, winner of seven Formula 1 grands prix, will return to West Sussex.

Juan Pablo Montoya can equally be regarded as an ‘honorary American’ after his two wins at the Indianapolis 500, three wins in the Daytona 24 Hours sports car race and taking the 2000 Champ Car title.

American drivers have long been a popular addition at the Goodwood Revival with the likes of Bobby Rahal, Danny Sullivan and Dan Gurney taking part in the three-day race card for Formula 1, sports car and touring car machinery. Previously, Juan Pablo Montoya has taken part in the Festival of Speed, but he has never before raced at the Revival Meeting. When he last attended the Goodwood Festival of Speed presented by Mastercard, thousands of Colombian fans descended on the park to cheer their national hero and almost brought proceedings to a halt, and this year’s Revival will mark his competitive debut at Goodwood.

Fans of Americana can also look forward to plenty more action at the forthcoming Festival of Speed, which will be held on 4th-7th July. ‘King Richard’ Petty, seven-time NASCAR champion and winner of 200 races at the premier level will be present together with one of his iconic number 43 racing cars from the golden era of 200+ mph stock car racing.

Two-time Indianapolis 500 winner Al Unser Jr. will also be in West Sussex for the Festival of Speed and will get behind the wheel of his father’s 1978 ‘Triple Crown’-winning Lola Indycar. Bobby Labonte, the winner of NASCAR’s Winston Cup in 2000, will also be at the Festival, filling the park with smoke and thunder when he replicated the race winner’s burn-out.