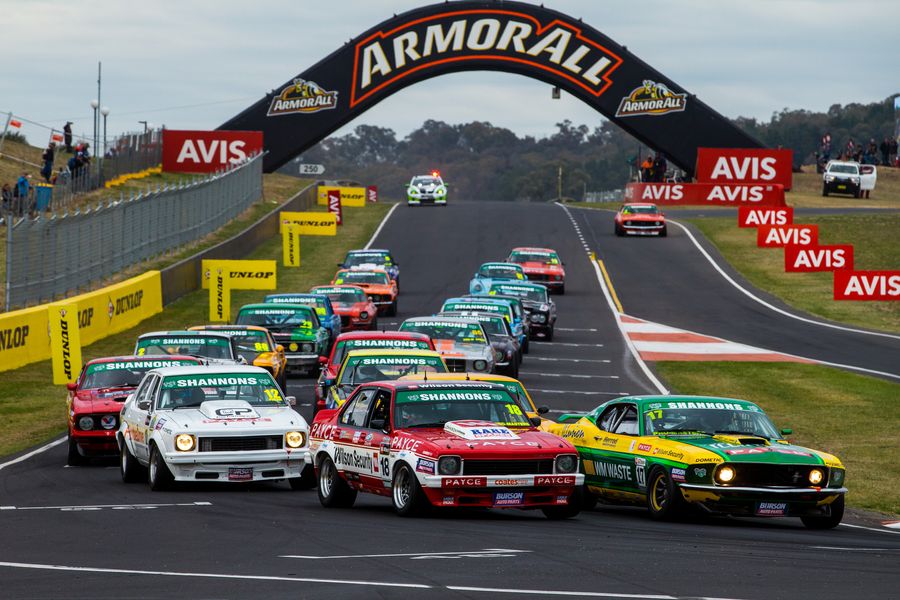 The best Paynter Dixon Touring Car Masters field of the season will front for the series’ eleventh visit to Mount Panorama this weekend at the Supercheap Auto Bathurst 1000. The 30-strong grid includes all of the series favourites, title contenders and several drivers making a return to the track for the first time in several races.

The return of seven-time Great Race winner Jim Richards adds further punch to the field, his famous Shannons Insurance Falcon Sprint to race for the first time since the trip to Darwin in June. Richards has twice won the Bathurst TCM round – both times in the Falcon. A host of drivers bolster the grid this weekend and are set to make the four races scheduled to be amongst the most competitive of the year.

Seven Aussie-built Ford Falcons will tackle the weekend, in a weekend that marks the final Bathurst 1000 for the model. The weekend marks the official Bathurst debut of the XD Falcon in Touring Car Masters competition – though it’s actually not the first time that model Falcon has raced in the category at Bathurst.

Several XD Falcons competed as part of the New Zealand Central Muscle cars contingent that joined the TCM pack in Bathurst in 2016 – Dean Perkins’ red example a regular frontrunner amongst the visitors that weekend. Marcus Zukanovic will be looking to build on momentum created on the debut of the first truly TCM-specification XD at Sandown, despite his weekend-ending crash on Saturday. The car has been rebuilt between rounds with the experienced Victorian ready to impress again this weekend.

Steven Johnson enhanced his chances of sealing back-to-back TCM titles at Sandown last time out, returning to the top of the standings thanks to a dominant weekend at the Melbourne circuit. He was aided by an error from Bowe in tricky conditions during opening race that saw him fail to finish. The margin between the pair stands at 55-points heading into this weekend’s penultimate round of the championship.

Adam Bressington’s strong Sandown weekend saw him retain third in the title race, edging away slightly from Jason Gomersall in fourth. Mark King powered to fifth place in the championship, while Cameron Tilley dropped to sixth. The Sydney driver, however, remains the leader in the ProAm battle with a reduced margin over closest rival Ryan Hansford. Tony Karanfilovski sits eighth, while Andrew Fisher and Jim Pollicina sit ninth and tenth, respectively, tied on 558-points.

Last year, Steven Johnson dominated the Bathurst weekend, winning both championship races and setting up his thrilling final-round showdown with Bowe at Newcastle a month later. Johnson also smashed the TCM qualifying record on his way to pole, his 2m16.61s a full second faster than Adam Bressington, who was second, in qualifying. Bowe finished second overall last year, and holds the Bathurst TCM lap record at 2m17.44s, while Adam Bressington competed the podium.

Eddie Abelnica won the Trophy race, denying Cameron Tilley his first win on the final lap in a thriller. The Paynter Dixon Touring Car Masters field tackles four races this weekend, each of them shown live on FOX Sports 506.

The schedule includes Races 19, 20 and 21 of the championship proper and another short, sharp Dometic Trophy Race. Following practice and qualifying on Thursday, Race 19 will be held on Friday afternoon following Supercars qualifying.