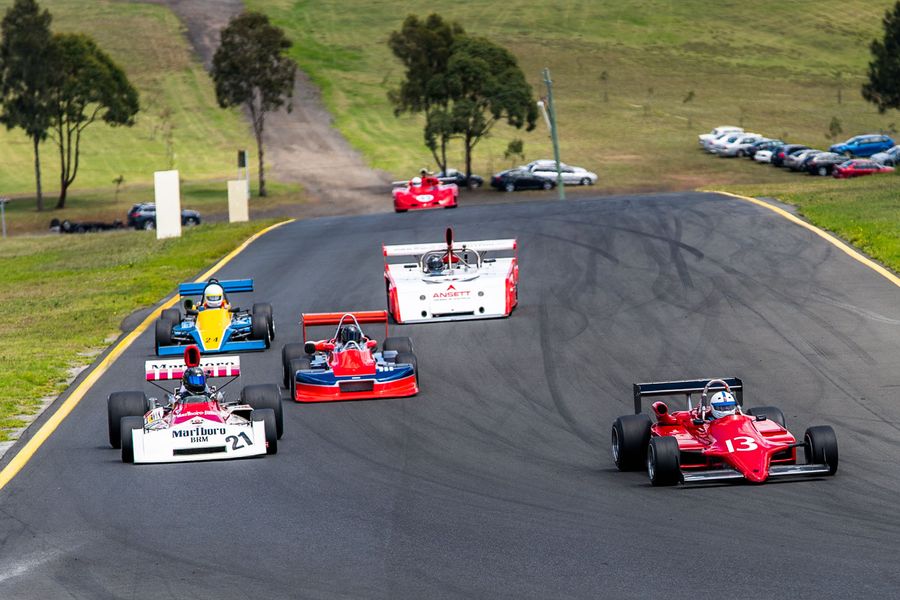 The iconic sports and racing cars of Group Q & R will be joined by a few magnificent Formula 5000s at the Tasman Festival this December 1 & 2 as they stretch their legs around Sydney Motorsport Park one more time in 2018. Often run together, Groups Q and R include out-and-out racing and sports racing cars with a competition history from 1970 through to the ‘90s. Highly evocative of the era, the cars tend to feature plenty of aero, relying on downforce to stick them to the circuit, and advanced, highly-developed, engine, chassis and suspension design for the period.

Group Q cars are the older of the two groups and feature a competition history from 1970 through to 1977. The earliest Group R cars raced in 1978, and the group extends into the ‘80s and even the ’90s for some cars, like the magic Group C and IMSA GTP Prototypes. The racing group is just that – open-wheeler race cars, often referred to as ‘wings ‘n slicks’ machines. The sports racing group includes sports cars specifically built to race, and is where you’ll find highly developed two-seater sports cars that could in theory be driven on the road, were they not so highly developed for racing.

Showing off the rambunctious side of the ‘wings ‘n slicks’ concept are the mighty Formula 5000s. Formula 5000 was an open wheel racing formula that thrilled the motor racing world for just over a decade from the late ‘60s to the very early ‘80s. The cars feature super wide slicks and even bigger wings, and are known for their incredible engine notes – the 5000 in Formula 5000 denoting the specification’s up-to-5-litre engine size.

Two such cars will join in the fun at the Tasman Festival. First up is the Chevron B28 of Tom Tweedie. Chevron didn’t build many B28s in period and in fact just two complete cars were built, with two B24s converted to B28 specification as well. This is one such car and it has some great Australian history, having helped Peter Gethin win the 1974 Tasman Series. Tweedie will be joined by Glenn Welch in another historic Australian car – the Matich A53 that John Goss drove to victory in the 1976 Australian Grand Prix.

March will be well represented in Q & R, with examples of their Formula 2, Formula Atlantic and Indy cars all taking to the track over the weekend. Q & R Sports Racing category manager Ian Buddery will run his March 86C Indy car, which was driven in period by Tom Sneva and was an Indy 500 entrant in ’86 and ’87. Ray Stubber will also fly the March flag, competing in his 722 Formula 2 March, which won the Ron Tauranac trophy a year ago at the 2017 Summer Festival.

Chris Farrell is pulling double duty over the weekend, and will compete in both a Ralt RT2 and an ex-Thierry Boutsen Spirit Honda 201/5 Formula 2 car.

In the sports racing cars, Stephen Webb is sure to be quick in the Elfin 360 Repco Brabham, as is Daniel Nolan, who will be chasing lap records in the mighty Nola Chev. No less than six Sports 2000s will compete, with both Tiga and Lola examples represented. We’re also looking forward to seeing two Haggis U2 Clubmans at the event as well as the Mawer Clubman of Michael Henderson.

As always, spectators should see plenty of close racing action as these evocative cars recreate the golden age of the sport at the Tasman Festival. Make sure to stop by the pits as well to get up close to the cars and chat with their custodians.

The Tasman Festival is set to cap off 2018’s historic motor racing season over the weekend of the 1st and 2nd of December, 2018. Q & R Sports Racing, Group S, PRB’s 40th Anniversary, the Dawson-Damer Trophy and a stunning field of historic sports and racing cars from all categories will be featured at the historic race meeting. 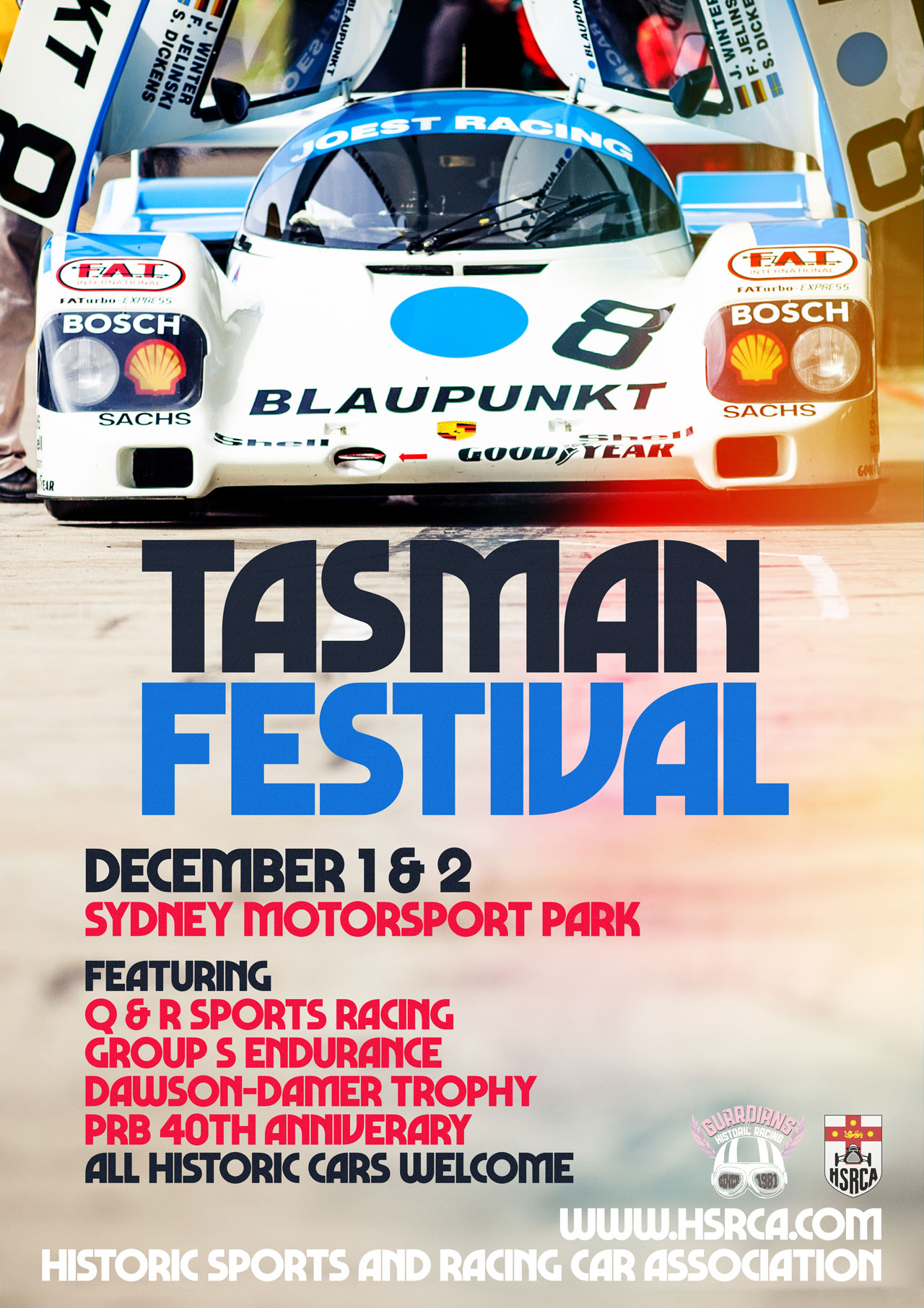