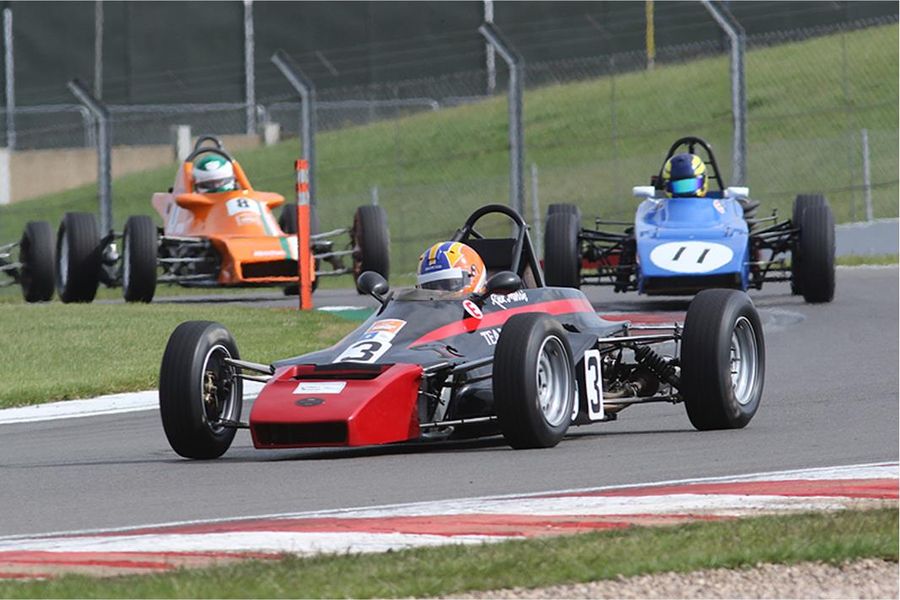 A stellar calendar and a raft of leading drivers are the early features for the 2020 Classic Formula Ford Championship following its move to the Historic Sports Car Club.

The 14-race schedule takes in seven race weekends, with highlights including races on the Silverstone and Brands Hatch Grand Prix circuits, dates at Donington Park and Oulton Park International and a season finale at the Brands Hatch Formula Ford Festival.

“We’ve got a great set of dates and couldn’t ask for anything more,” said championship spokesman Stuart Kestenbaum. “There is plenty of interest, both from regular competitors and newcomers and we’re all looking forward to a terrific season.”

After a race win at last year’s Formula Ford Festival in a Jamun, experienced Formula Ford racer Henry Chart has acquired the Van Diemen RF81 most recently raced by Tim Harvey and plans to contest a full season, when his key rivals will include multiple Historic FF1600 champion Cameron Jackson (Van Diemen RF80). Jackson hopes to race alongside his father Simon in the championship.

The 2019 champion, and category veteran, Rick Morris will defend the title in his Royale RP29 and will bring decades of experience to bear. Kestenbaum, another former champion, plans a full season and will also race in the HSCC Historic Formula Ford Championship, which shares six of the seven race weekends.

Andy Dee-Crowne, CEO of the HSCC, said: “We are very pleased to welcome Classic Formula Ford into the HSCC fold in 2020 and the signs are that it is going to be a great season. With most of the races running in parallel to our successful Historic Formula Ford Championship, we’re going to have some fabulous racing across the two categories.”