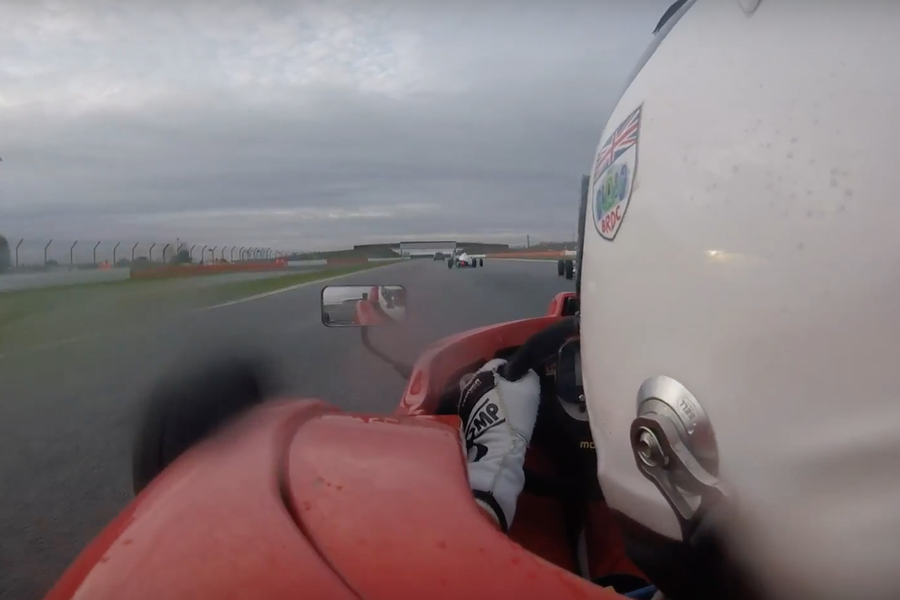 The recent Walter Hayes Trophy meeting at Silverstone is not only a fine reminder of the heyday of Formula Ford 1600 but also provides some great race action. Joey Foster has won the event three times, and had two Formula Ford Festival wins to his name, and has kindly given his permission for us to share his on-board footage from the final, where he started 14th, briefly led, and finished just off the podium in fourth.

Now we know his car is technically not historic being a recently bult Firman, brainchild of Ralph Firman who for many years produced the hugely succesful Van Diemen single-seaters, but the racing is the spirit of classic FF1600, cars battling at close quarters on the edge of adhesion in slippery conditions, plus the engines are the venerable power-plants that have pwoered the formula for so many seasons!