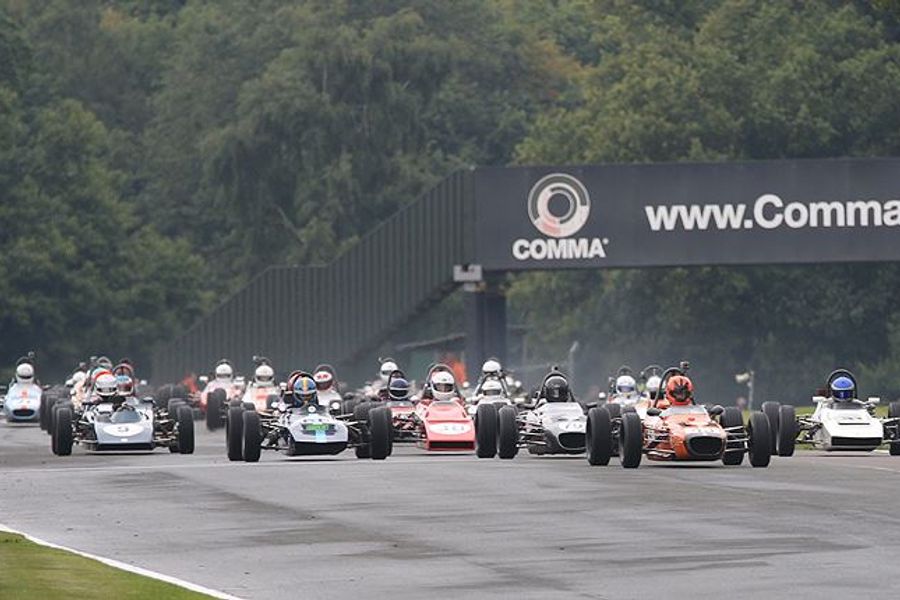 New awards will celebrate the privateer racers within this year’s HSCC Historic Formula Ford 1600 Championship. As the hugely popular and competitive championship heads into its 22nd season a new division has been created for the privateer drivers, with trophies for the leading privateer at the end of each race and the over the full season.
The drivers eligible for the awards will be those who own their racing car, transport it to and from the races, carry out basic preparation and safety checks between races and do not commercially support other drivers at the circuit. Inclusion in the Privateer Class is purely voluntary and drivers will need to nominate themselves to run in this category.
As the Formula Ford category heads towards its 50th birthday in 2017, Historic FF1600 is more popular than ever for the pre-1972 cars. Capacity grids are now common and at some races the grid will be split to accommodate all the entries. At the final round of the 2015 season at Silverstone, 47 cars were racing.
In 2016, drivers with 13 Historic FF1600 championship titles between them could be on the grid, including five-time champion Neil Fowler, triple champion Benn Simms, double champion Nelson Rowe, father and son champions Westie and Sam Mitchell and 2012 champion Callum Grant.
“This is a good move for Historic FF1600,” said Grahame White, CEO of the HSCC. “The standard in the championship is remarkably high and it will be good to celebrate the genuine privateers who are such an important part of the championship.”
HSCC Historic Formula Ford 1600 Championship