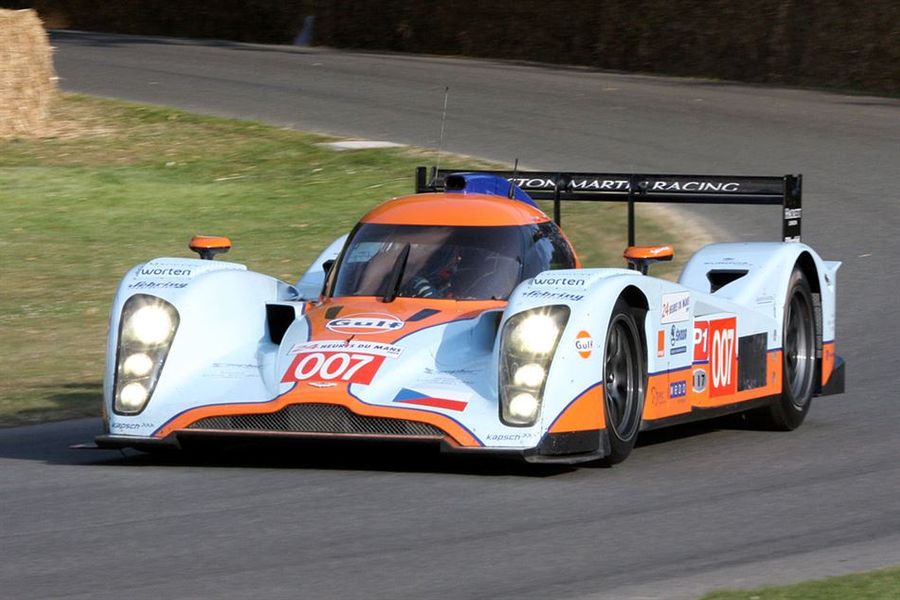 An exciting 22-car entry has so far been received for the pilot race in the new Masters Endurance Legends Series at Spa-Francorchamps on September 15th-17th. The series, overseen by Europe’s Masters Historic Racing, will blast into life at Spa this season before a full season hits the tracks in 2018.
The entry for the opening race has a fascinating mix of early sports-prototype and late GT racers, all of which helped form sports car racing grids in period.
Heading the entry is the Audi R8 Prototype 1 of American Travis Engen, a car from 2005 when it saw service in the American Le Mans Series, while more P1 machinery comes in the shape of Martin Short’s Rollcentre Dallara, the car that ran in the 2005 Le Mans Series and 24 Hours with Joao Barbosa and Vanina Ickx. Series Director, Nic Minassian will be sharing a drive with Kriton Lendoudis in a Peugoet 908X from 2011, a factory car run during the 2011 season.  Frenchman Mathieu Lahaye is one to watch aboard a 2007 Pescarolo 01 and he will be a potential winner given his experience in this type of car.  Another distinctive car on the grid will be the Gulf-liveried Lola-Aston Martin of Christophe D’Ansembourg, a car which finished 13th at Le Mans in 2009 when Anthony Davidson, Jos Verstappen and Darren Turner shared driving duties.
Swiss driver Michel Frey heads the Prototype 2 entry in his Oreca 03, the car that won the Red Bull Ring round of the European Le Mans Series in 2013 when driven by Pierre Thiriet and Mathias Beche. The car was also raced in that year’s Le Mans 24 Hours and will no doubt be a thorn in the side of the P1 cars at Spa. A second car that Frey raced in period is also on the grid in the hands of American historic racer Bob  Blain, who shares his Oreca with Jonathan Kennard who a few weeks ago made a sensational historic debut at the Silverstone Classic.
Ensuring there will be a trio of Oreca’s to watch will be Sean Doyle, racing the Oreca that Murphy Prototypes ran at Le Mans for Karun Chandhok, Warren Hughes and Brendon Hartley, under the banner of the first Irish team in the ELMS.
Historic CanAm racer Peter Schleifer joins the grid in his Pilbeam MP91, a car that American Jeff Bucknum took to Le Mans in 2003, while Mike Furness shares his Courage LC75 with Robin Ward, this car having raced at Le Mans in 2007 as the first Courage built for P2 regulations.
GT cars add to the variety of the grid. With Romain Rocher at the wheel of his Venturi 400 Trophy, a car that raced in the early BPR Global GT Series and came fourth at Jarama, while Morten Dons drives his later Ferrari 575 GTC, which Boris Derichebourg and Christian Pescatori shared in FIA GT races.
Porsche are well represented, with Gilles Petit and Romain Ianetta sharing a 996 from the ALMS, Jon Minshaw at the wheel of an ex-Prospeed Richard Westbrook/Alex Davison Porsche 997 GT3 and Paul Daniels in his 997 that came 8th in class in the Spa 24Hrs in 2007. Morgan enthusiast Adrian van der Kroft drives his ex-Charles Morgan BPR +8, while Karsten Le Blanc’s Aston Martin Vantage GT2 takes on Clive Joy’s Ferrari 430 GT2 and Steve Zacchia’s Ferrari 550, which itself comes from the 2003 season, and the ubiquitous Chrysler Viper of Xavier Tancogne which has history form FIA GT, Belcar and Euro GT.
Series Director Nic Minassian said: “I am delighted with the entry for this inaugural race at Spa and with the variety and quality of car and drivers that we have. It has been the correct decision to run a race this year after giving teams a long lead-in time and that is proved by the strong line-up we have achieved. We know of more cars and drivers that will be joining us in 2018 and this is a series that will grow and grow. These are great cars from a wonderful era and we are sure that people will be eager to join this latest addition to the world of historic racing.”
The Masters Endurance Legends race will be a 40-minute race on the iconic Spa-Francorchamps and will start a new and exciting chapter for both Masters and historic motor racing.  The series will be supported by Technical Director John Gentry, from Spa onwards, to enforce period correctness.