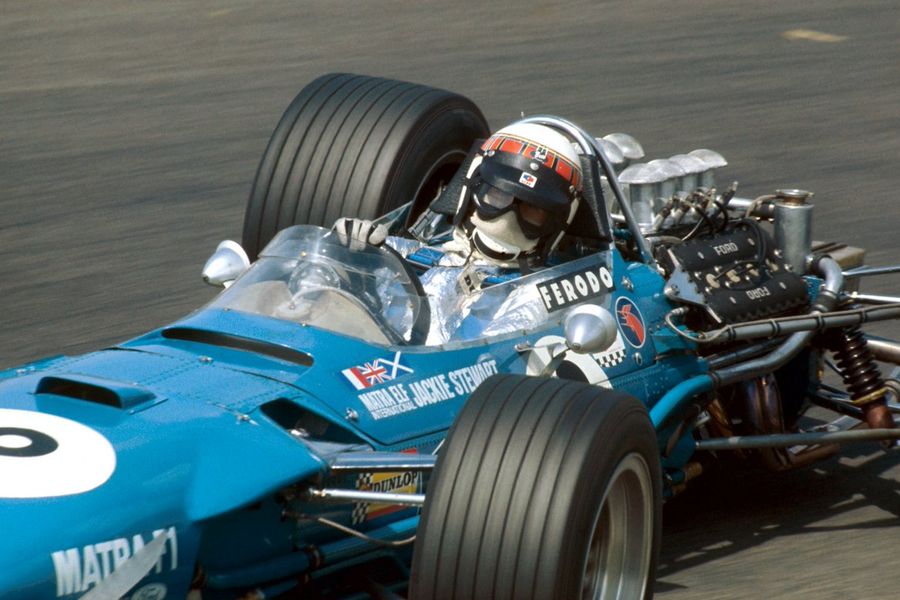 Fifty years ago Matra won both the drivers’ and constructors’ titles in Formula One with Jackie Stewart. To commemorate this anniversary, Chantilly Arts & Elegance Richard Mille has assembled nine of the make’s cars, which helped France to reach the pinnacle of motor sport, including the title-winning MS 80.

Among Chantilly Arts & Elegance Richard Mille’s aims is the celebration of French knowhow in worlds as diverse as art, culture and technology. In this field, Matra holds pride of place as the make revolutionised motor sport at the turn of the 1960s-1970s by bringing in new concepts (monocoque chassis with structural fuel tanks) and innovative manufacturing methods from the world of aviation. Boosted by this engineering knowhow, Matra and Jackie Stewart became F1 world champions 50 years ago, an real feat given the stranglehold of British makes on F1 at the time.

Matra began making cars in 1964 and flashed across the world of motor racing like a comet. In 10 years the marque won major trophies including those of the Tour de France Automobile (1970, 1971) and the Le Mans 24 Hours (1972, 1973, 1974). It was a symbol of the Trente Glorieuses (a reference to the 30 years of growth after WWII) and France as a winner. Today, Matra is still a symbol of French national pride and has left unforgettable memories in the minds of those who heard the shriek of its V12s revving up to 10,000 rpm. On Sunday 30th June the organisers of Chantilly Arts & Elegance Richard Mille will proudly present nine of these fabulous blue cars to an international public.

MS 5 chassis 11 (1966-1967) - Jacky Ickx: “Formula 3 to learn, Formula 2 to hone our skills and Formula 1 to win." This sentence of Jean-Luc Lagardère’s sums up Matra’s involvement in racing. The MS 5 marked the second phase of a project aimed at giving a dynamic image to a company specialised in arms. This car entered by the Tyrrell team helped Jacky Ickx to win the 1967 European Formula 2 Championship title. The car on display at Chantilly won twice (Crystal Palace, Zandvoort) and set pole position at the Nürburgring in a time that would have put it in third place on the grid for the Formula 1 Grand Prix!

MS 5 chassis 84 (1967) - Johnny Servoz-Gavin: In 1967, the cubic capacity of F2 cars increased from 1000 to 1600 cc considerably reducing the gap with the current 3000 cc F1s. This rapprochement was particularly noticeable on twisty circuits on which the small single-seaters were very nimble thanks to their low weight, which is why Matra tried a foray into the top branch of the sport in Monaco with a car from the F2 category. In practice, Johnny Servoz-Gavin qualified in 11th place in front of several F1s including two BRMs and Chris Amon’s Ferrari! Unfortunately, his outing in the race itself proved to be very brief. He stopped with a fuel feed issue after only one lap.

MS 9 chassis 01 (1968) - Jackie Stewart: This test mule, originally foreseen for suspension testing, had a strange destiny. It was sent to South Africa for private testing two weeks before the F1 Grand Prix and covered in a green primer supposed to dissuade the team from any vague inclinations of getting involved in competitive activities. But this didn’t take into account very promising times. The car was equipped with an additional fuel tank installed above the driver’s knees to guarantee sufficient autonomy in the race. Jackie Stewart was second on the grid and in first place at the end of lap 1, but had to retire because of engine failure.

MS 11 chassis 03 (1968) - Henri Pescarolo: The MS 11 was the first 100 percent French F1 car since 1956 (Bugatti T251 and Gordini T32) and it inaugurated the legendary V12 Matra. On 1st June 1968 driven by Jean-Pierre Beltoise it finished second in the Dutch Grand Prix behind Jackie Stewart’s Matra-Ford. And that was its problem as the melodious V12 had difficulties beating the gruffer Anglo-American V8. It was entrusted to Henri Pescarolo at the end of the 1968 season and finished at the back of the field in the two races in which it took part. It should be pointed out that it did not have the evolutions integrated into the car driven by Beltoise.

MS 10 chassis 02 (1968-1969) - Jackie Stewart: The car on display at Chantilly will be forever associated with one of Jackie Stewart’s greatest drives. The Scot was sixth on the grid for the 1968 German Grand Prix and he felt Lady Luck had smiled on him on Sunday when torrential rain hit the Nürburgring. He was suffering from a broken wrist and he knew that these conditions would make his car’s steering lighter. He came round in the lead on the first lap, pulled out 34 seconds over Graham Hill on the second and ended more than 4 minutes ahead at the finish! In this MS 10-02 he also won the opening grand prix of the 1969 season in South Africa. 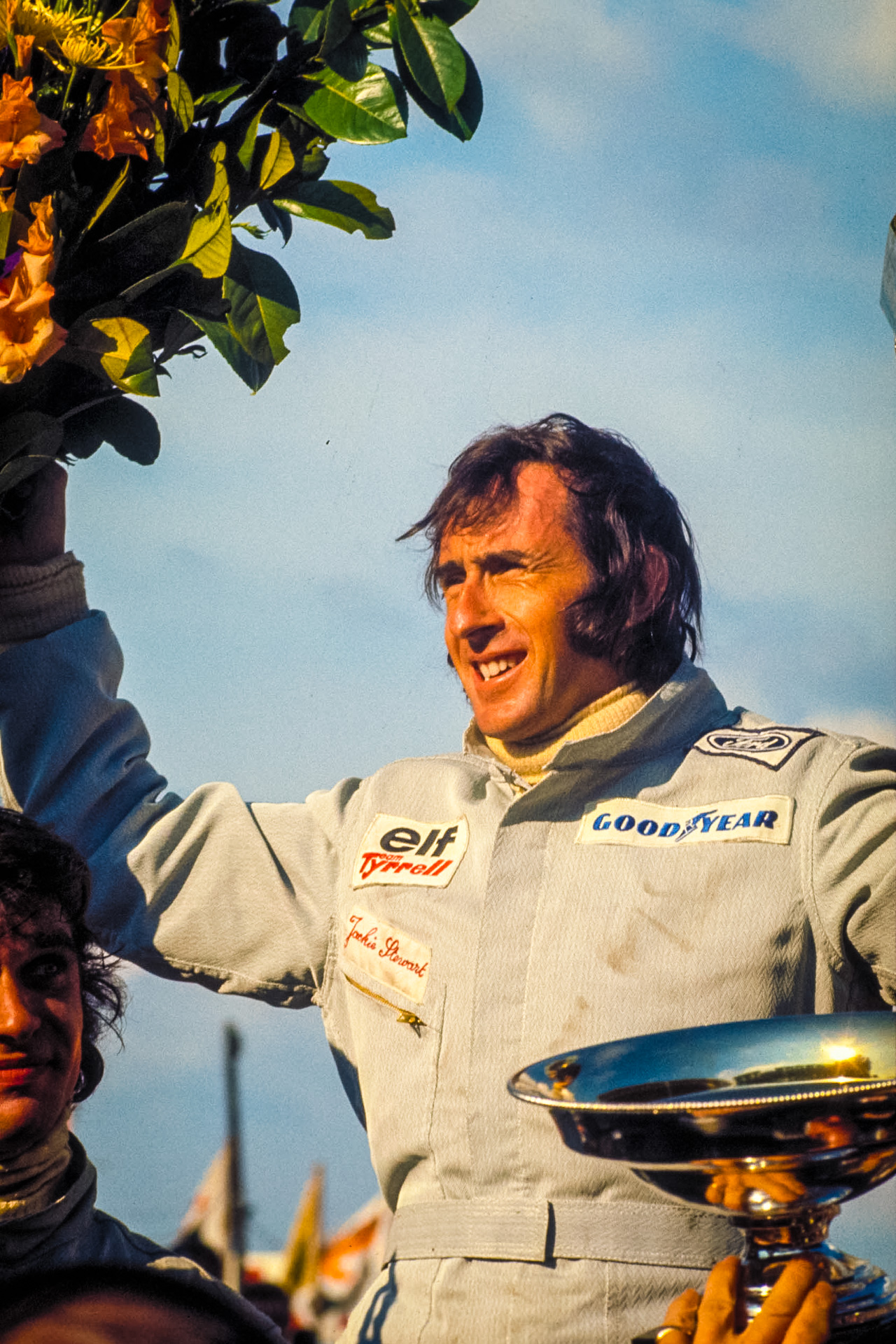 MS 80 chassis 03 (1969) - Jackie Stewart: Jackie Stewart replaced the MS 10 with this car from the second race of the 1969 season onwards and won six grands prix in it as well as his first F1 world championship title. It was designed by French engineer Bernard Boyer, and is the only non-British F1 - with Ferrari - to win an F1 constructors’ world title: the 2005-2006 Renaults, 2010-2013 Red Bulls and 2014-2018 Mercedes were all built in England. It was powered by the V8 Ford Cosworth preferred by Lagardère to the V12 Matra. The car on show at Chantilly is the 2009 season reserve monocoque.

MS 84 chassis 01 (1969) - Johnny Servoz-Gavin: In 1968, numerous races were run in the rain so several constructors took a close look at all-wheel-drive transmission. Jackie Stewart insisted that Matra build a 4-wheel-drive car using Ferguson components. Jean-Pierre Beltoise drove it in the British Grand, but as he was handicapped by his blocked left arm, he suffered because of the heavy steering. The MS 84 was then entrusted to Johnny Servoz-Gavin who finished sixth in it in the Canadian Grand Prix making him the only driver in F1 history to have scored a point in a 4-wheel-drive F1 car. 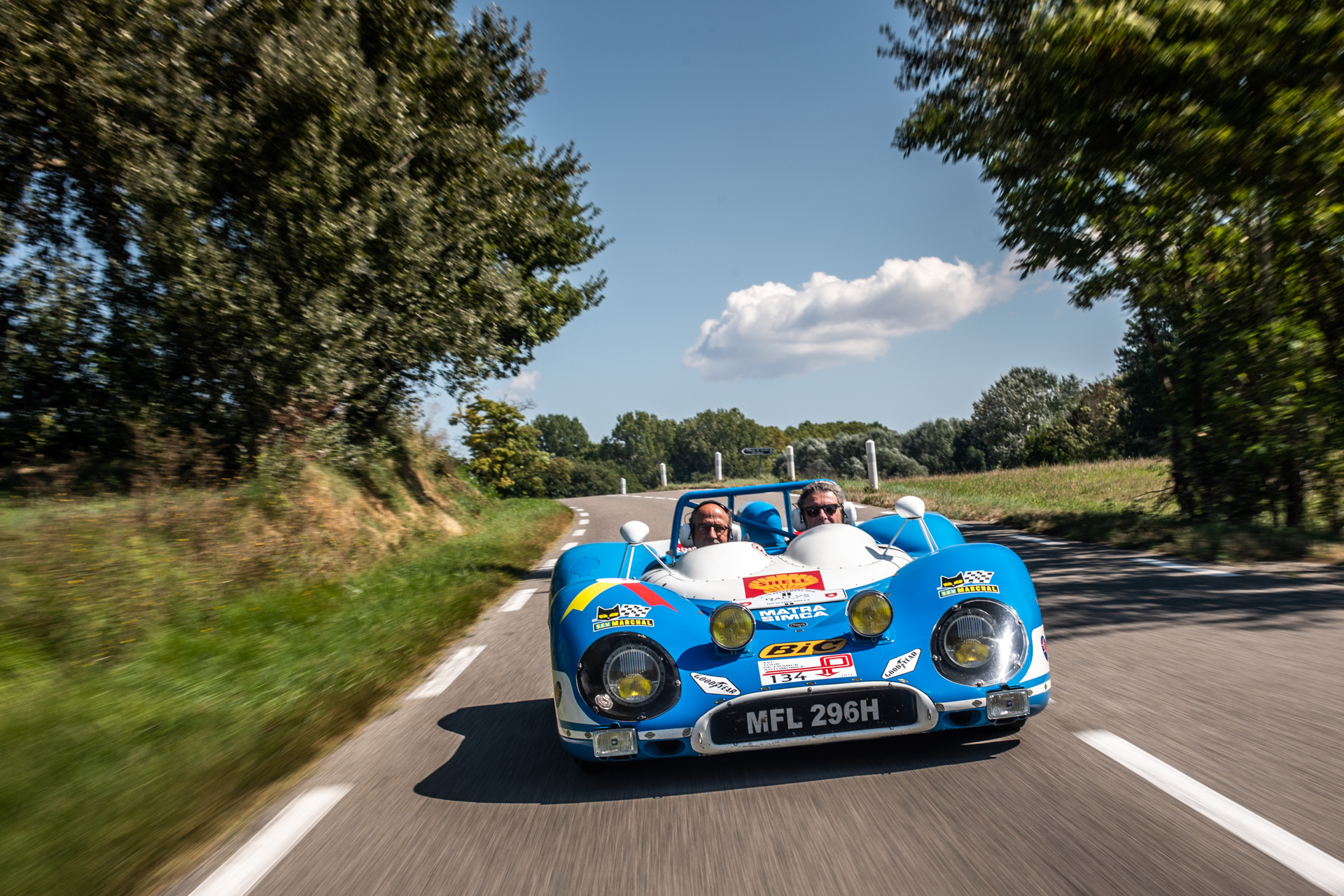 MS 650 chassis 02 (1970-1971) - Pescarolo-Jabouille-Rives, Larrousse-Rives: In 1970, Jean-Luc Lagardère decided to enter two Matras for the Tour de France Automobile. The Le Mans 24-Hours prototypes were transformed into road-going cars and modified to comply with the Highway Code, and registered! Over nine days France echoed to the music of the V12 driven by the best French aces Jean-Pierre Beltoise, Patrick Depailler, Jean-Pierre Jabouille, Gérard Larrousse and Henri Pescarolo. Amid the general enthusiasm the MS 650s killed all suspense by dominating the race two years running. Chassis 02 finished second in 1970 and first in 1971.

MS 120 C chassis 04 (1972) - Chris Amon: Chris Amon began his collaboration with Matra with an exploit – victory in the 1971 Argentinean Grand Prix! Only problem, it was a non-championship race. It didn´t matter as it looked like the first “real” victory of the blue cars in F1 was only a matter of time. But the New Zealander lost his visor at Monza when he had the race won. The following year he had a puncture on lap 20 (out of 38) of the French Grand Prix which he was dominating. The car is now in 1971 Monaco Grand Prix specification.