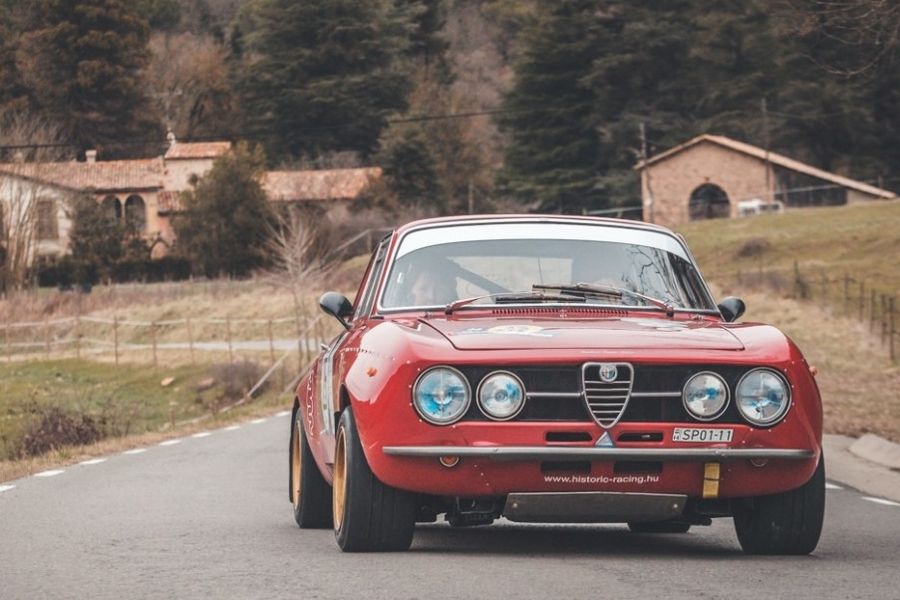 With Round 1 of the 2019 FIA European Historic Sporting Rally Championship, the Rally Moritz Costa Brava, getting underway in Spain today, it is a good time to look at the contenders, representing eleven different nations, for this year’s championship in the four categories.

The entry list includes champions past and present in a mouth watering selection of fantastic rally machinery. 2018 driver champions Antonio Parisi (Cat 1), Lazlo Mekler (Cat 2) and Valter Jensen (Cat 4) are all back to defend their titles.

Italian Antonio Parisi is returning with his championship winning co-driver Guiseppe D’Angelo to defend their Category 1 title in the Porsche 911S. The Italians completed a hat-trick of championships in 2018 after taking Cat 1 titles in 2016 and 2017. They also return to Spain after winning the Rally Moritz Costa Brava in 2018 and are one of the favourites to take the first victory of the season.

Hungarian crew Lazlo Mekler and Edit Mekler-Miko won the Category 2 FIA EHSRC title in 2018 and will compete, once again in the glorious Alfa Romeo 1750 GTAM in 2019. They finished the 2018 season on 85 points, just six ahead of their nearest rivals in the hard fought category.

While reigning Category 3 champion Karl Wagner is missing from the 2019 full season entry list the battle will be on to see who will claim the 2019 crown. The contenders are Finnish driver Pentti Veikkanen in the Porsche 911 SC, fellow Finn Klaus Wilkman in the Triumph TR8 and the Opel Kadett C GT/E of Zsolt Kalapacs (HUN)

The third reigning champion crew is the Category 4 winners Valter Jensen and Erik Pedersen, the Norwegian pairing competing in the BMW M3.

The 2018 Team Champions Scuderia Coppa Amici have three entries on the full season entry list, including the Alfa Romeo 1750 GTAM of Lazlo Mekler. The other cars are the Cat 1 Ford Escort Twincam of Heiko Dlugos and Tim Rauber from Germany and the Cat 3 Opel Kadett C GT/E of Hungarian pairing Zsolt and Kornel Kalapacs.

Scuderia Coppa Amici amassed 183 points in 2018, 34 ahead of Historic Rally Club Finland, which have five cars on the full season entry and 2017, 2016 and 2015 Team Champions Rododendri Historic Rally with two entries.

In addition to the full season entry list more competitors are expected to join the championship during the season. Additional entries are expected in the next few weeks for the rounds in the Czech Republic (Rd2), Spain (Rd3) and Belgium (Rd4).  Entries can be at the least one week before the rally in which competitors wish to participate, with the FIA accepting championship entries until the 1st July 2019.