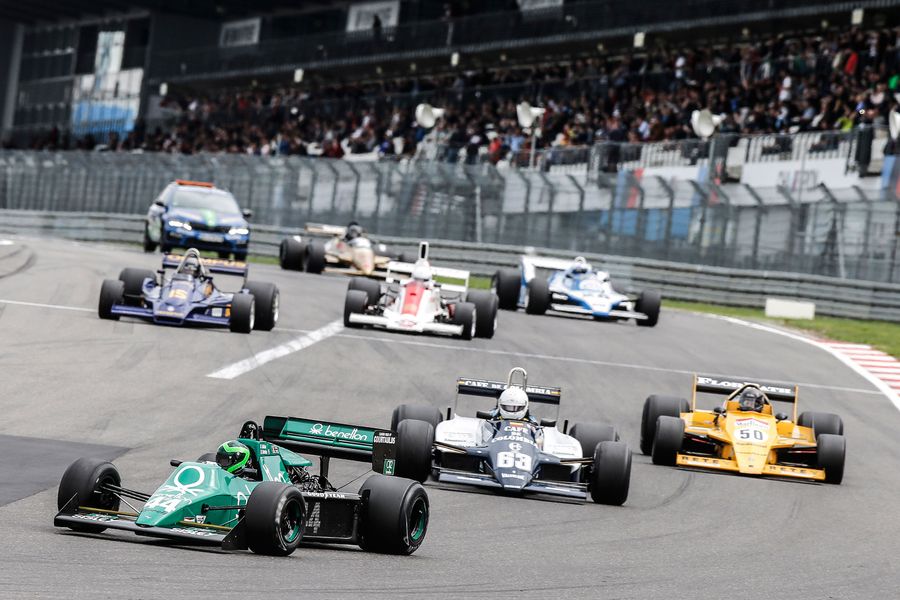 Martin Stretton, Andy Wolfe and Christophe d’Ansembourg impressively bagged all of the Masters wins, last weekend at the Nürburgring. Stretton and d’Ansembourg both took individual wins, whilst  Wolfe shared with Jason Wright and Julian Thomas, taking home a pair of trophies from the 47th AvD Oldtimer Grand Prix. The well-attended German event was showered by monsoon rainfall on Friday afternoon, but more preferable racing conditions returned for Saturday and Sunday.

In the FIA Masters Historic Formula One championship, Martin Stretton made the most from his weekend in the Tyrrell 012. Leading from the front in race one, Stretton battled his way through the field to take home a second win on the Sunday. Championship leader Matteo Ferrer-Aza dropped out of the first race, after losing a wheel on his Ligier JS11/15, but lucked into the runner-up spot on Sunday when Jamie Constable’s Tyrrell 011 and Jonathan Holtzman’s Lotus 87B clashed in front of him. Henry Fletcher followed in Stretton’s footsteps by claiming the double in the pre-78 class. 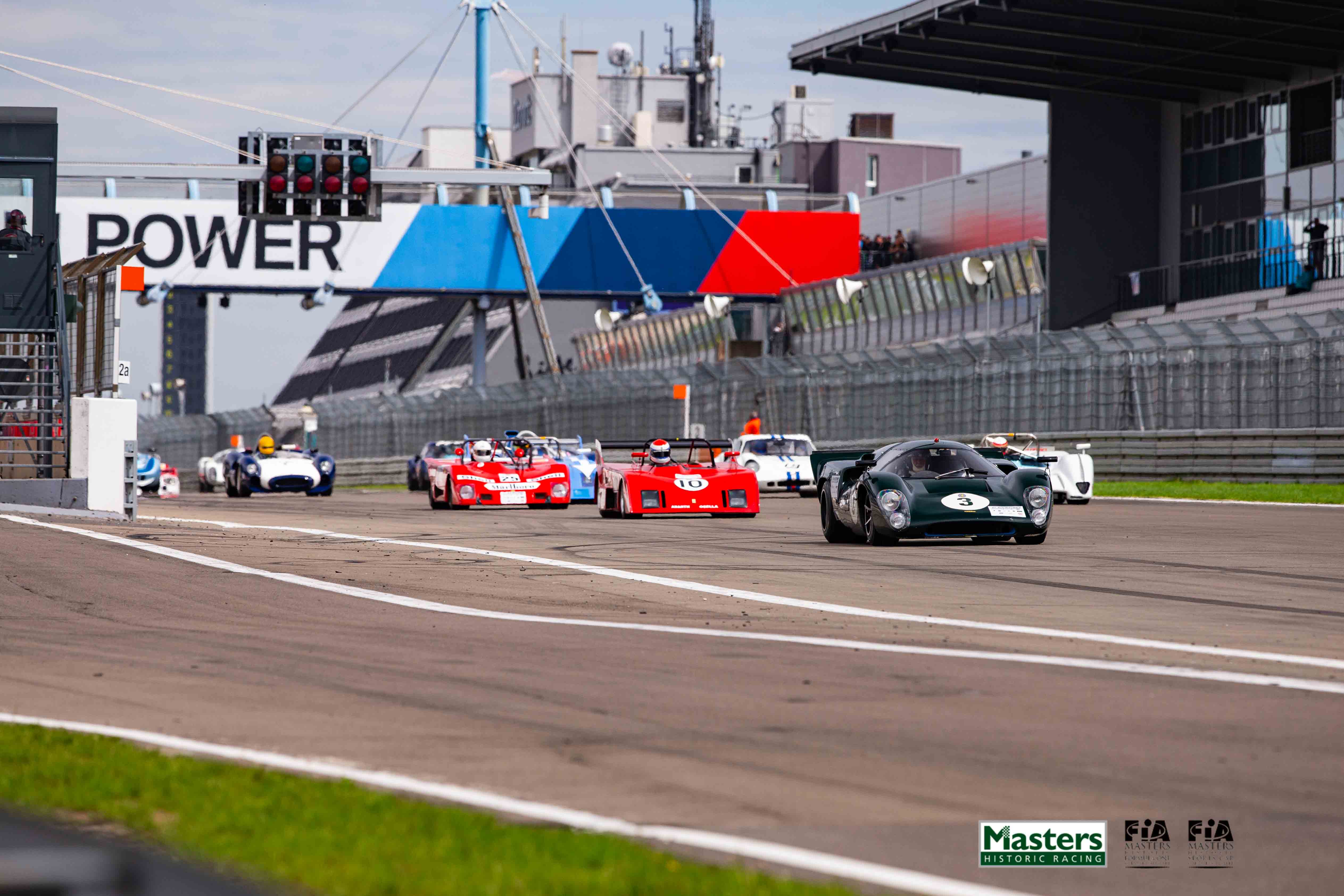 Sunday’s FIA Masters Historic Sports Car race went the way of Jason Wright and Andy Wolfe in the LolaT70 Mk3B. Starting from pole, Wright led the race up until a minute from the stops, where he was passed by Michael Gans’ Lola T290. Gans swiftly put in some ultra-quick laps to steal the lead by five seconds, but not for long, as Wolfe hunted the American down to pass him and claim the win. Despite some serious setbacks for Chris Jolly on his opening lap, he and Steve Farthing took another pre-66 victory in their Cooper Monaco T61M.

On a sunny Saturday afternoon, the Masters Gentlemen Drivers race boiled down to a straight fight between the Julian Thomas/Andy Wolfe Shelby Cobra Daytona Coupé and Nicky Pastorelli’s Ferrari 250 GTO/64. The Dutchman gave his all but Thomas and his supersub Wolfe (replacing Calum Lockie on the occasion) had the Ferrari covered. Despite their Elan finishing the race in third gear only, Rob Fenn and Jake Hill proved victorious in the under-2-litre category.

Christophe d’Ansembourg faced two serious challenges from Mike Cantillon in the Aston Martin Masters Endurance Legends, but the Lola-Aston Martin DBR1/2 kept the Pescarolo-Judd 01 at bay on both occasions. In the P2 class, Keith Frieser (ORECA-Nissan 03) and Mike Newton (MG-Lola EX257) split the wins. Dominik Roschmann (Ferrari 430 GTC) triumphed in the GT class on Saturday, whilst Nikolaus Ditting came from the back in his Aston Martin DBR9 GT1 to take the win on Sunday.