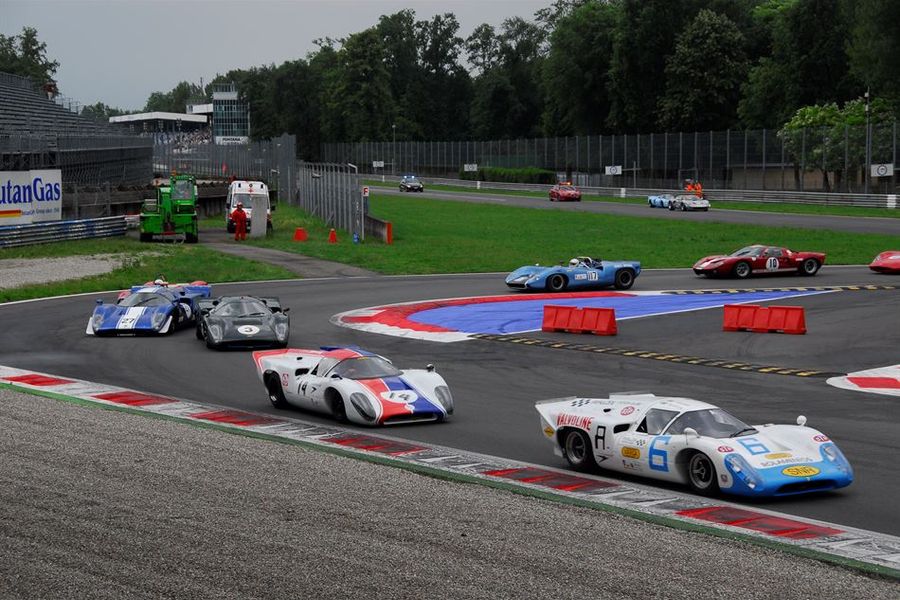 Heading the Historic Formula One entry is 1985 Le Mans 24 Hour winner Paolo Barilla, Barilla, who raced for Minardi in Formula One, in his ex-Alan Jones 1981 Williams FW07C, a car with which Jones took to second place in Monaco and also raced in Spain (to seventh place) and France (17th) that season. The car also served as a T-car for Jones before being used at the start of the 1982 season by new Williams recruit Keke Rosberg. Fellow countryman Stefano di Fulvio races his 1984 Tyrrell 012 in Benetton livery and Bruno Ferrari dares to be different at the wheel of the unloved Merzario A3. Part of its design team – Simon Hadfield – will be on duty at Monza in the FIA Masters Historic Sports Car Championship.

Manfredo Rossi di Montelera’s Martini-liveried Lotus 80 and the Shadow DN8 of Italy-domiciled American Jason Wright take on Steve Hartley’s Arrows A4 and Greg Thornton’s Lotus 91/5 that took a double win at Brands Hatch. In the Pre-1978 category, Ferrari’s Merzario takes on the Ensign N177 of James Hagan and the Token of Guillaume Collinot in an entry rich with constructors: Arrows, March, Tyrrell, Brabham, Lotus, Williams, Ensign, Hesketh, Token, Trojan, Merzario, Shadow, Ligier and Surtees are all on a mouth-watering grid.

Italians will be to the fore in the FIA Masters Historic Sports Car Championship, where adopted Italian Jason Wright in his Lola T70 Mk3B takes on Carlo Incerti’s McLaren M1B and Emanuele Benedini (Chevron B16). The scrap for overall honours is likely to include Leo Voyazides/Simon Hadfield (Lola T70 Mk3B), the similar car of Carlos Monteverde/Gary Pearson and Daniel Gibson’s T70, with Keith Ahlers/Billy Bellinger the men to beat in their Pre-66 category Cooper Monaco King Cobra.

A mixed grid of Pre-66 GT and Touring Cars will make a stirring sight as the Jaguar E-types of Martin O’Connell/Andrew Kirkaldy and Carlos Monteverde/Gary Pearson square up against the AC Cobra of Michael Gans/Andy Wolfe. Italian lady Gisella Kitvella will pilot her E-type, while Manfredo Rossi di Montelera is at the wheel of his Porsche 911. In the touring car section of the race, the spectacular Enrico Spaggiari (Ford Mustang) will take on the similar car of Chris Beighton and Andrew Beaumont’s Lotus Cortina.

Said competitor Jason Wright: “For most drivers, Monza is the temple of speed, and to be able to drive a F1 car on a track that that every single great driver has raced on is an enormous privilege. Monza oozes atmosphere like no other track, as so much of it is completely unchanged, so a big thank you to the Masters team for making the races happen.”

Masters Historic Racing Event Manager Rachel Bailey said: “The strength of the entry for our two FIA championships is hugely encouraging. A capacity 37-car grid for the FIA Masters Historic Formula One Championship shows that this is the must-do historic championship, and our maiden race to Monza has proved to be a hit with our regular drivers plus a number of others who don’t travel as much from mainland Europe but who cannot think of missing a chance to race of this temple of motor sport. We are delighted to be adding Monza to our 2015 calendar and it looks like our competitors are as well!”