The FIA Masters Historic Formula One field had two races of the Oldtimer Grand Prix weekend at the Nürburgring, with Nick Padmore and Martin Stretton taking a win each over the weekend.

In Saturday’s race Padmore pushed hard from pole and opened a gap in the early laps before  Stretton started to close back, in setting the fastest race lap on lap five. Within a second of the leader by lap seven, Stretton’s charge was slowed by handling problems on his Tyrrell, which had picked up a vibration, and he had to settle for second as Padmore kept his run of wins going in his Williams.

Christophe d’Ansembourg was a secure third, while behind the Brabham BT49 of Joaquin Folch-Russinol took fourth from Steve Brooks on lap six and held that position to the end. In the very early running Steve Hartley had been fourth in his Arrows, but he slid down the order, finally finishing behind Pre-78 class winner Max Hilliard-Smith, who claimed the class when Henry Fletcher retired late on.

Sunday’s race featured a reversed grid for the first eight cars home on Saturday, and Hartley led early ion, with Stretton and d’Ansembourg charging up the order. Padmore was strangely off his usual pace, not gaining a place util two laps in.

Stretton was at the head of the field by lap five, d’Ansembourg moving into second a lap later, while Padmore was locked in a battle with Folch-Russinol, finally getting past on lap 11. The top three finished in that order, Padmore closing on d’Ansembourg but not able to find a way past. 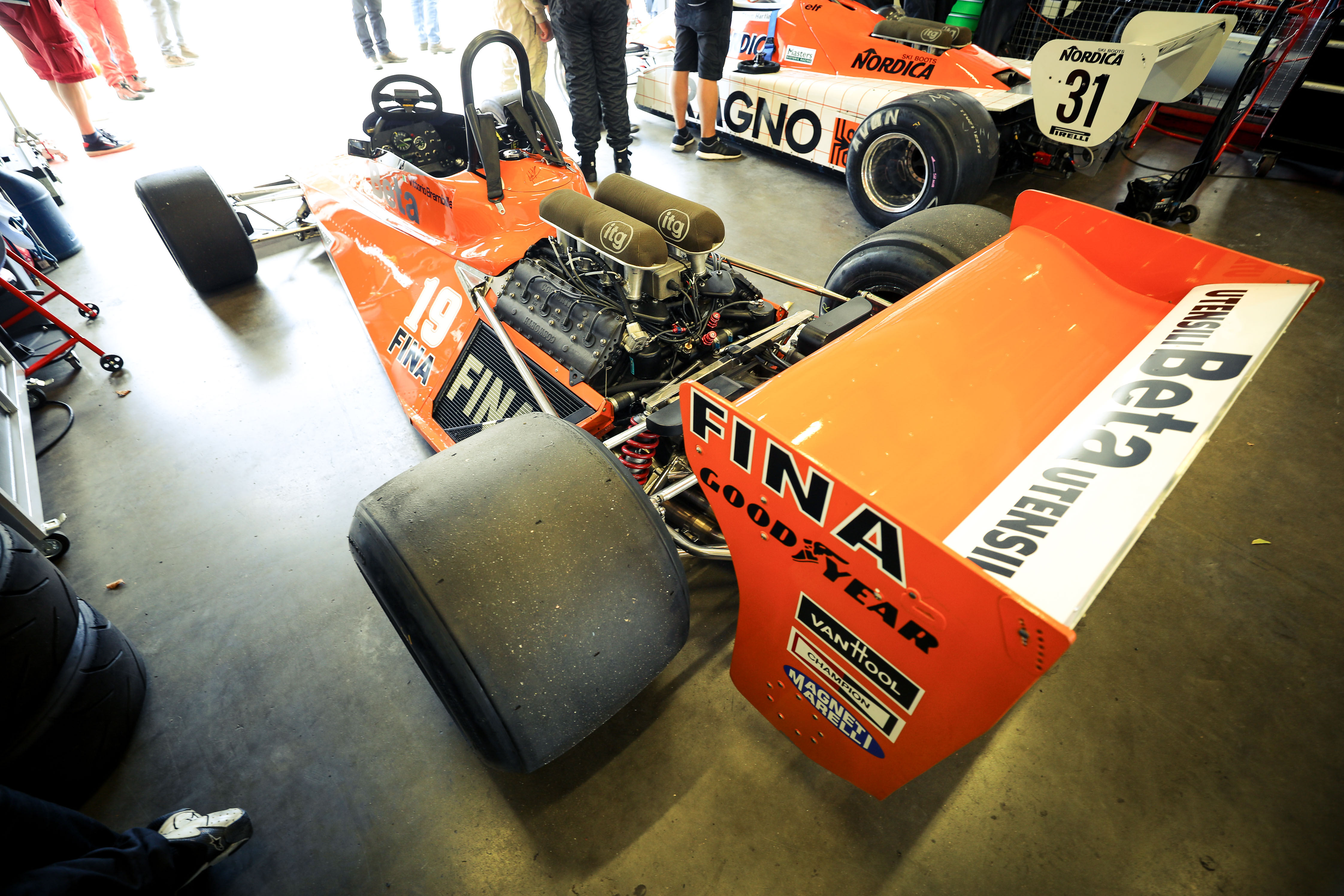