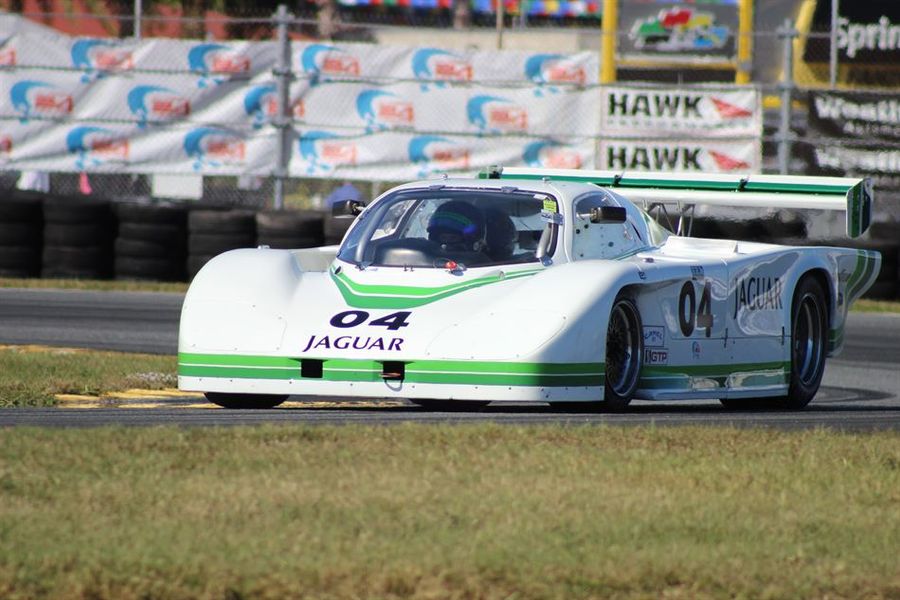 A growing entry list for the third running of the Historic Sportscar Racing (HSR) Classic at Daytona presented by IMSA, this weekend at Daytona International Speedway (DIS), November 8 - 12, has attracted even more past and current driving stars and and an expanded lineup of 165 race cars and teams from 18 different countries.
The day-long Classic 24-hour race now includes the Classic at Daytona's first all-woman driver lineup with Kathy Blaha and Lyn St. James, returning sports car racing legendJochen Mass and a Friday night VIP Driver Panel featuring motorsports technical, team manager and design legends Adrian Newey and Ray Evernham.
A regular podium finisher in HSR competition, Blaha is partnering with two-time Rolex 24 At Daytona GT class winner (1987 and 1990) and 1992 Indianapolis 500 Rookie of the Year St. James in Blaha's No. 14 1974 Porsche 911 RSR.
"The 24 Hours of Daytona was the first road race I ever saw in 1971, and I haven't missed coming to the 24, either as a spectator or competitor, since the 1970s," St. James said. "I'm very excited about being back in a race car at Daytona! Having two wins there, as well as a Sebring win and two times running at Le Mans, endurance racing is one of my favorite types of racing. It's such a team effort, and if you're prepared and lucky as a driver, you get lots of seat time."
After Blaha drove solo in her 2015 Classic at Daytona debut, St. James was enlisted as this year's co-driver by Blaha's husband and fellow driver Mike Banz, the reigning HSR Classic RS Cup Champion. Banz put together the Classic 24 pairing as a present for his wife's recent birthday.
"I met Lyn once, a couple of years ago at Indy, where I stood in line with everybody else to shake her hand," Blaha said. "I told her I was a driver, and as soon as I said that, she just perked up and was just so warm and so accommodating. I told my coach, Jim Pace, I would like to drive with her someday, he said he knew Lyn well, and now my husband arranged it. It's his birthday present for me, I am looking forward to it, and my goal is to just soak up everything I can from her experience, her expertise, have some fun and learn some things from her."
St. James is looking forward to racing an iconic mid-1970's era Porsche 911 RSR at Daytona.
"It was a great surprise to hear from Mike about driving with Kathy in her 911 RSR," St. James said. "I'm excited, and a bit nervous, about running such an iconic race car. I don't have much experience in Porsches, which are quite different to drive, but there's plenty of track time to get a handle on it."
- Blaha's Porsche 911 RSR is prepared by Heritage Motorsports, which also fields a similar No. 31 1973 Porsche 911 IROC for Fred Schulte. German sports car racing legend and Formula 1 race winner Mass will co-drive with Schulte in what has become an annual return for the 1989 24 Hours of Le Mans winner to the World Center of Racing each November. Mass was a high-profile participant in the first running of the Classic at Daytona in 2014 and again in 2015, the same year he served as the Grand Marshal of the Rolex 24 At Daytona.
- Friday night's VIP Driver Panel at 5:30 p.m. EDT will showcase Newey and Evernham in a true meeting of two of the greatest minds in modern-day motorsports. Although best known for their illustrious achievements outside of the cockpit, both Newey and Evernham are driving in the Classic at Daytona. Newey, the only designer to win Formula 1 World Championship titles with three different constructors, will be co-driving a No. 88 1983 March 83G, a design he perfected in the early stages of his winning career. Legendary NASCAR Crew Chief and Team Owner Evernham will be co-driving the No. 121 2016 Porsche Cayman GT4.
All Classic at Daytona ticket holders and credentialed competitors and guests are welcome to attend the panel, which will be held this Friday, November 10, at 5:30 p.m. EDT in the Daytona International Speedway Drivers Meeting Room in the DIS infield. The panel will be moderated by the knowledgeable founder of the Amelia Island Concours d'Elegance, Bill Warner, who is also competing in this weekend's Classic 24-hour race. Warner will co-driving the No. 65 1965 Shelby GT350.
The list of current and legendary drivers and motorsports notables confirmed for the Classic 24 includes Newey, Evernham, Mass, St. James, Pace, Warner, Patrick Long,Andy Wallace, Joao Barbosa, Butch Leitzinger, Eric Curran, Jules Gounon, Terry Borcheller, Aaron Scott, Dieter Quester, Kees Nierop, Bruno Junqueira, Eric Van de Poele, Didier Theys, Forest Barber, Fredy Lienhard, Gunnar Jeannette, John Fergus, Carlos de Quesada and more.
The Classic 24 features six period-correct run groups rotating through a full 24 hours of racing on the 3.56-mile Daytona road course. The run groups, which include various classes of similar-era race cars, each take to the track four times throughout the 24 hours. The competitors in each group covering the most total distance in the shortest amount of time in their group's four sessions will be "crowned" Classic 24 at Daytona champions.