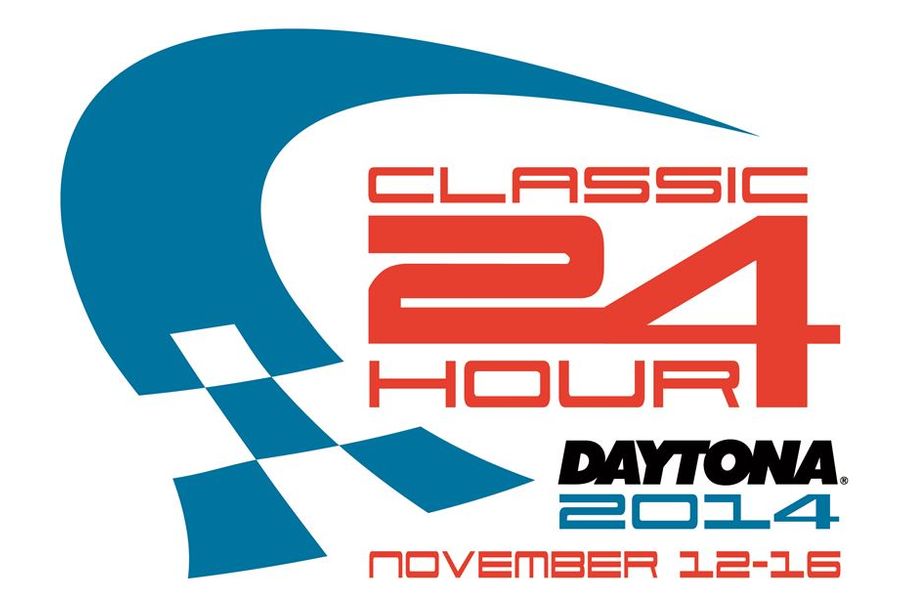 An entry list has been announced for November’s Classic 24-Hours at Daytona, the large and varied listing broken down into six categories (by car age plus a category for cars associated with US-based Historic Sportscar Racing), with vehicles of note in every category. Racecars representative from the first Daytona 24-Hours in 1966 to recent years have made the entry list, with periods such as the Porsche dominated IMSA years in the late 1980s reflected by a strong entry of 962s.

Group A (1959 – 1972)
A fine breadth of 1960s classics ranging from an Elva Courier with an all-British four driver line up, to the mighty Lola T70s that harried the Porsche and Ferrari prototypes in the late 1960s, the model having its highpoint at Daytona when a T70 won outright in the hands of Mark Donohue and Chuck Parsons in 1969. Other entries to catch the eye are Mike Jordan and Philip Walker in the latter’s Fort GT40, British historic stalwarts Graham and Ollie Bryant in a 1967 Chevrolet Camaro, and Jurgen Barth sharing a Porsche 907 long-tail with Mauro Casadai.

Group B (1973 – 1982)
Bolstered by a raft of Porsche 911 RS and RSR models, this category also features some Italian machinery with two DeTomaso Panteras entered and the Ferrari 512 BB / LM of Belgian racer Christian Bouriez also taking to the Daytona banking. Two US-entered Chevron B36s, a Group 6 car in period, are included, with a March 73S provided open cockpit variety.

Group C (1983 – 1992)
Dominated by Porsche 962s in both IMSA and Group C spec, prototype variety is provided by the prospect of seeing Andy Wallace out in a Jaguar XJR and Tom Molloy’s Toyota GTP. The 962s see cars usually seen in the US and Europe heading for the Florida circuit, with Dyson racing brining out their 962 with Chris Dyson behind the wheel. Making the Group truly realistic are a number of GT Porsche, ranging from a 968 CSR to 944 GTRs and Jeff Lewis’s 964 RSR, which should provide the spectacle of the rapid prototypes slashing past the GT cars round the banking.

Group D (1993 – 1999)
Tucked away amongst the impressive GT contingent in this group, which features Mustangs and Vipers as well as the expected legions of Porsches, are three Ferrari 333 SPs, which should make the meeting worth visiting just for the sound of their four litre V12s.

Group E (2000 – 2010)
Surely the first time a Daytona Prototype has been seen at a competitive historic event, with Riley, Crawford and Coyote DPs entered, along with some notable other prototypes. Dyson Racing have one of their rapid MG-Lolas entered, while three Audi R8s should be the pace setters and bullet-proof mechanically. Pescarolo, Lola and Chrysler LMPS add variety, the GT cars bolstered by the usual Porsches and a Corvette.

Group F (HSR Groups)
Porsche 911 dominated, the category also has variety from a smattering of 914/6 model. The non-Porsches include Mustang GTS, BMW 2002 and CSL models, a pair of Mazda RX7s and an Oldsmobile Achieva.

Testing is due to commence on Wednesday November 12th, with track orientation and night practice on the Thursday, qualifying on Friday and race action form 2pm on Saturday November 15th.