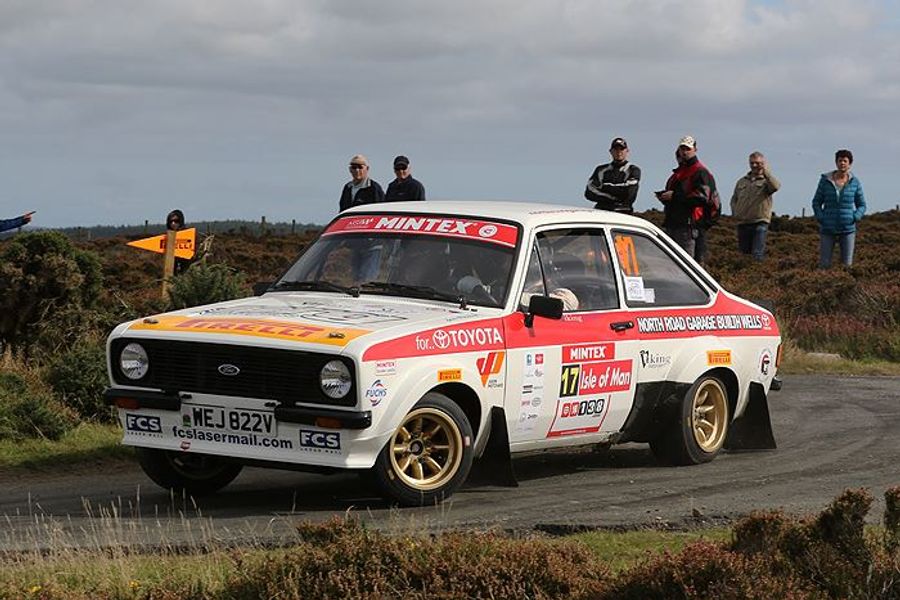 The Co Meath-based ALMC Stages (Sunday 2nd July) is round five of the 2017 Mintex MSA British Historic Rally Championship as the focus moves to the closed-road asphalt event in the Republic of Ireland. The championship’s first visit to the Republic of Ireland for at least 15 years marks the start a run of four asphalt rallies as the schedule heads into the second half of the season. The event covers around 80-stage miles in three loops of stages. The Roger Albert Clark Rally Motor Club promotes the MSA BHRC under a five-year contract and 2017 will be the third year of that agreement. The calendar covers five gravel and three asphalt rallies, with a double-header on the Isle of Man in September to make nine rounds. The team at Special Stage will film all eight events to give the BHRC some of the best TV exposure in British rallying. Championship leaders Nick Elliott and Dave Price will be contesting their first closed-road, pace-note rally for 30 years and will go up against reigning champions Jason Pritchard and Phil Clarke on the compact event. However, established asphalt ace Rob Smith and co-driver Alun Cook could shake up the situation on Smith’s 2017 BHRC debut. Pritchard knows that he needs to bring Elliott’s four-event winning run to a close and his far greater knowledge of this type of event should serve the Welshman well. More rapid crews in Category 3 include Rudi Lancaster/Guy Weaver and Tim Freeman/Paul Williams in their Ford Escort Mk2s. Both crews have the pace to finish on the overall historic podium if they have a clear run and Lancaster has been snapping at the heels of Elliott and Pritchard on recent gravel rallies. Northern Irish crew Stanley Orr and Stephen McAuley rejoin the championship after missing a couple of rounds in their BDA-powered Ford Escort to head the Capital Construction Category 2, and will be aiming to match the leading Category 3 cars. Leading the chase of the relatively local crew will be Phil Jobson and Arwel Jenkins in their Escort Mk1. The rally will be based in the town of Trim, Co Meath. The first car will start at 9.30am on Sunday and return to the finish at around 5.30pm.