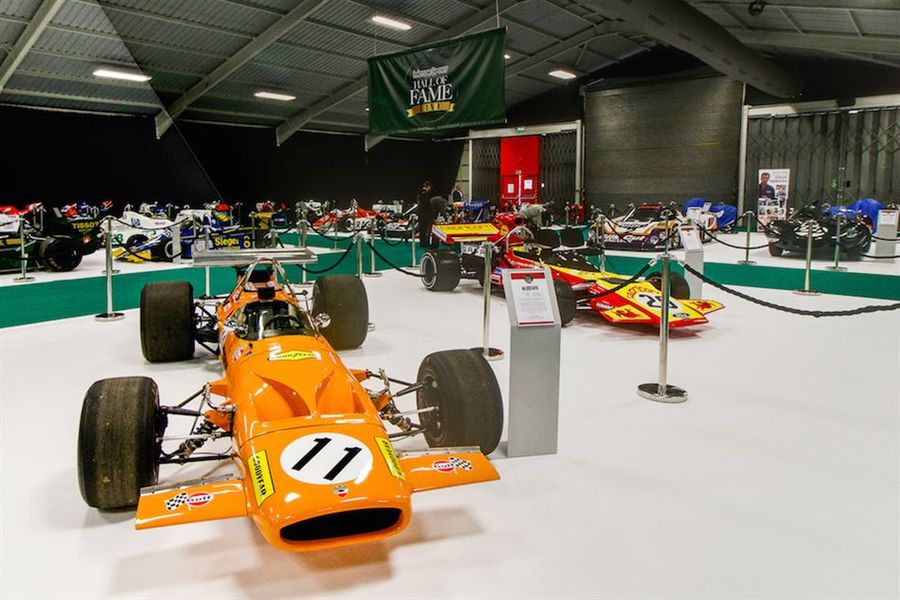 Legendary racing drivers, World Rally Champions and record crowds gathered at this year’s Race Retro, with 23,100 attendees over the three-days, a ten-per-cent increase on 2017.

Hall of Fame inductee Brian Redman was amongst the many guests at Stoneleigh Park, along with rally driver Miki Biasion, who was celebrating 30-years since his first WRC win. Both shared stories from their careers and signed hundreds of autographs for fans.

Flying in from the USA especially for the show, Brian said: “Considering I haven’t raced in the UK for decades, the response has been amazing, and it’s been a pleasure to meet so many enthusiasts. Thank you so much for an incredible weekend.”

Steve Parrish, former motorcycle and truck racer turned pundit, celebrated his 65th birthday on Saturday at the show with two of his own racing Suzuki bikes on display in the Motor Sport Hall of Fame. Steve was joined by triple British Touring Cars Champion Matt Neal who made his Race Retro debut.

The Motor Sport Hall of Fame Live once again brought together a mix of rarely seen racing and rally cars including the McLaren M14a, Dan Gurney’s last Formula One car, and a tribute to 40-years of ground effects with a display including the Lotus 79, Williams FW07, a Porsche 956, and a freshly restored Chevron B48 that had not been seen for over 30 years.

There was also tributes to 30-years of Jaguar’s success at Le Mans with the winning XKR9, and four cars from Prodrive to encapsulate the career of Hall of Fame inductee David Richards.

From rallying, the Miki Biasion inspired line-up including the Lancia 037, Ford Sierra Sapphire Cosworth and Lancia Delta Intergrale he drove in period. Miki also got back behind the wheel of the Sapphire on the Live Rally Stage as well as a beautifully restored Lancia Fulvia that stepped in when the Delta had mechanical issues.

Rallying with Group B delivered ‘the best rally stage ever’ at Race Retro according to former rally champion Russell Brookes as around 80 cars, including over 20 from the Group B era, provided spectators with thrill after thrill on the bespoke stage, which had a new layout for 2018 which allowed more cars to run at the same time.

Highlights of the Competition Car Sale included the Ford Sierra Cosworth RS500 used by Robb Gravett to win the 1990 British Touring Car Championship, which saw the hammer down at £182,250, and the ex-Colin McRae 1999 Ford Focus WRC Rally Car selling at £126,500, proving that ‘fast Fords’ are still in high demand.

In the Classic Car Sale, the ‘Bullitt’ spec 1969 Dodge Charger that was previously owned by Bruce Willis and Jay Kay sold for £94,500, while the rare manual 1997 Aston Martin V8 Vantage V550 formerly owned by Sir Elton John sold at whopping £219,375.

Lee Masters, Show Director of Race Retro said: “After the response to last year’s event under the new ownership of Clarion Events, we wanted visitors and exhibitors to see yet another step change for Race Retro, showing our commitment to the industry and firmly securing our position as Europe’s number one historic motorsport season opener.”