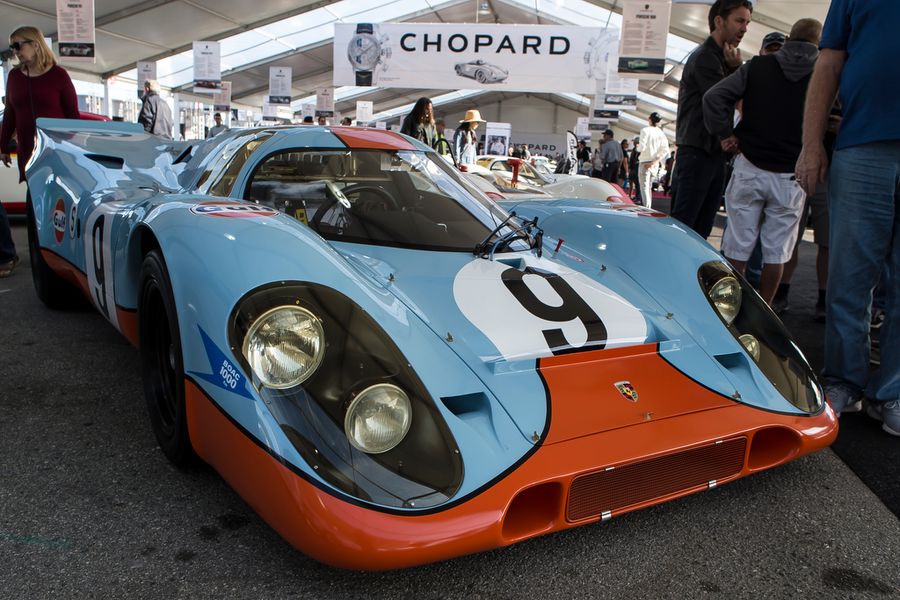 Porsche passion fueled a record turnout of fans at Rennsport Reunion VI, the latest iteration of the world’s largest Porsche festival. The family reunion of historic race cars, legendary drivers and engineers, and Porsche owners and enthusiasts packed WeatherTech Raceway Laguna Seca in Monterey, for four days, September 27-30. Race champions and contenders from 70 years of Porsche motorsports roared around the iconic 2.238-mile track while around 2,000 vehicles from past and present were on display.

Official attendance was 81,550, which is the highest attendance at WeatherTech Raceway Laguna Seca in five years and easily breaking the Rennsport Reunion V record of more than 60,000 at the previous event in 2015, which was also held at Monterey County’s WeatherTech Raceway Laguna Seca. Beyond the numbers, there was fascination for seven decades of stunning Porsche models – from the blistering-fast 919 Hybrid Evo to bright-red Porsche tractors from the brand’s early days.

Rennsport Reunion VI is the culmination of this year’s global celebrations of the 70th anniversary of the first Porsche sports car. The original 356 “No. 1” Roadster was on display at Rennsport and even took to the track, piloted by none other than Dr. Wolfgang Porsche, Chairman of the Supervisory Board of Porsche AG and son of Ferdinand “Ferry” Porsche, who built the first Porsche sports car.

“Every Porsche car has a soul, and Rennsport has its own soul thanks to the emotional response of enthusiasts who come from around the world,” said Klaus Zellmer, President and CEO of Porsche Cars North America. “We are deeply grateful to the champion drivers and brilliant engineers behind more than 30,000 Porsche motorsports victories so far – who help us develop on the track what we bring to the street. Celebrating this heritage together with the extended Porsche family of fans made Rennsport Reunion VI the biggest and best yet, and the most thrilling.”

Approximately 50 legendary drivers, 500 historic and customer cars, including 350 cars in competition, and the full Porsche Factory Team were in attendance, giving all Porsche enthusiasts a thrill for their senses. In addition, 1,600 Porsche cars were on display in the Porsche Club of America corral.

Rennsport started in 2001 as a way to honor the Porsche motorsports legacy. More than 125,000 people attended the first five installments of the largest gathering of Porsche cars and fans in the world. The theme of Rennsport Reunion VI was “Marque of Champions.”