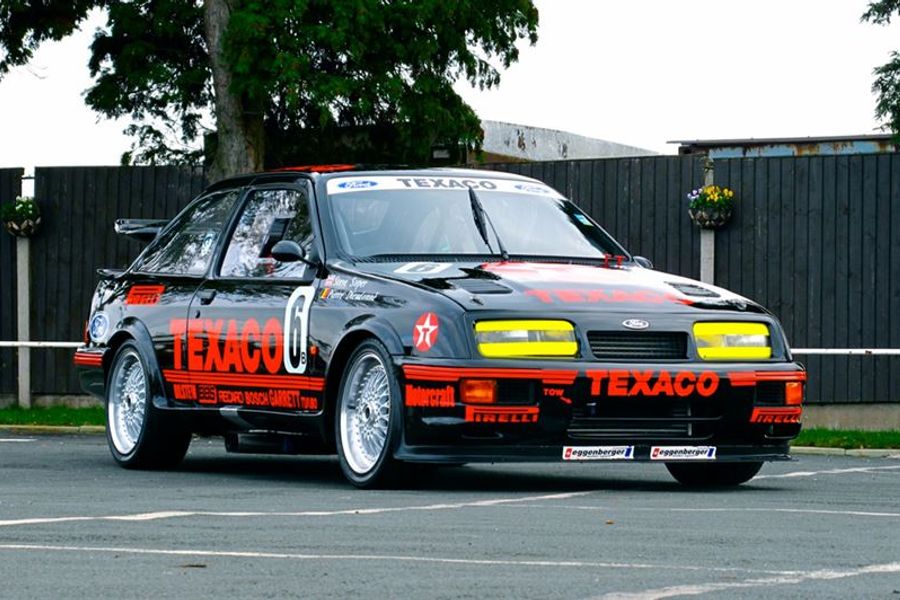 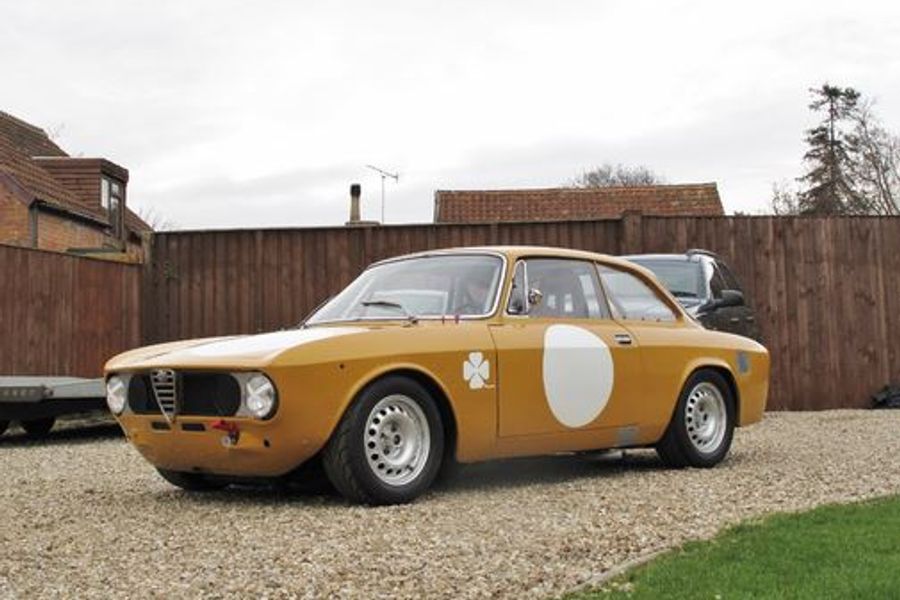 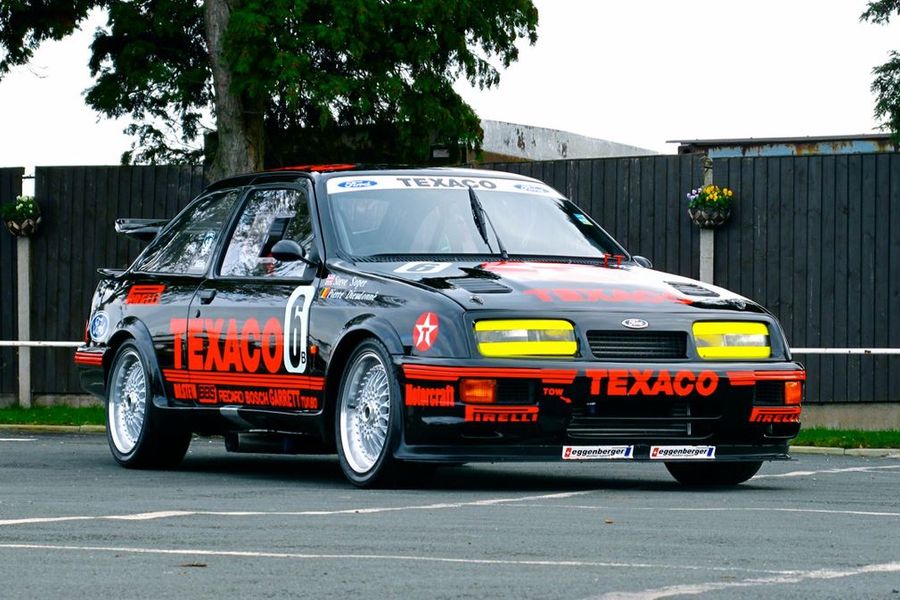 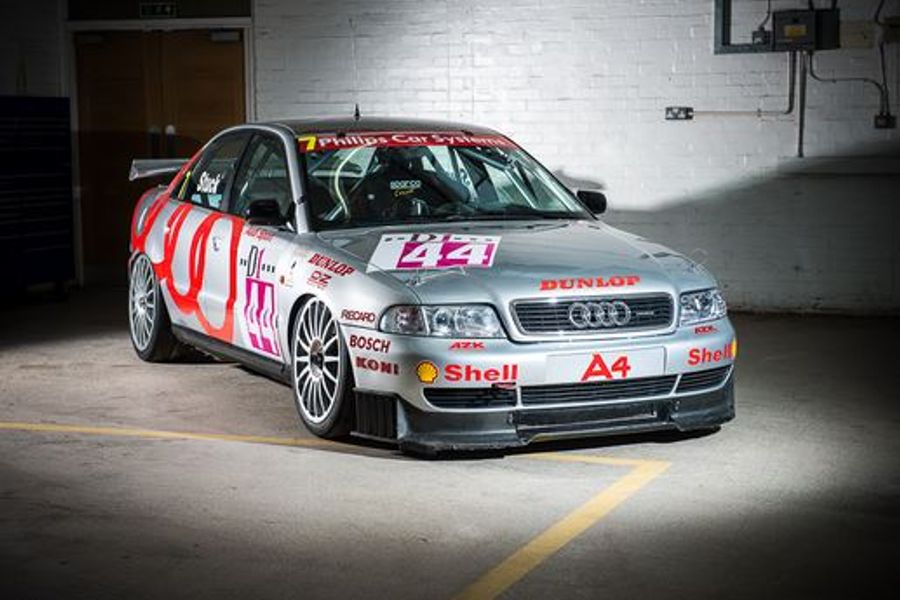 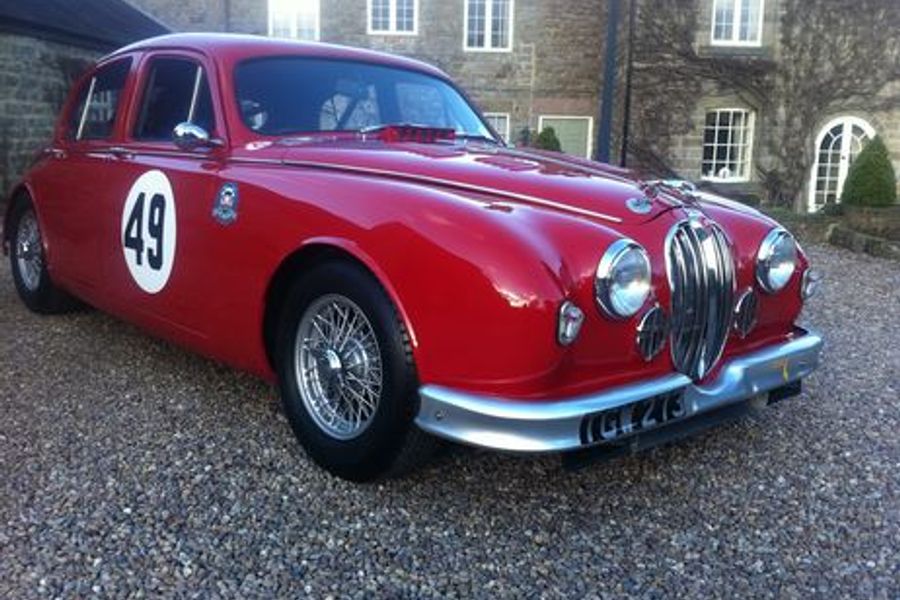 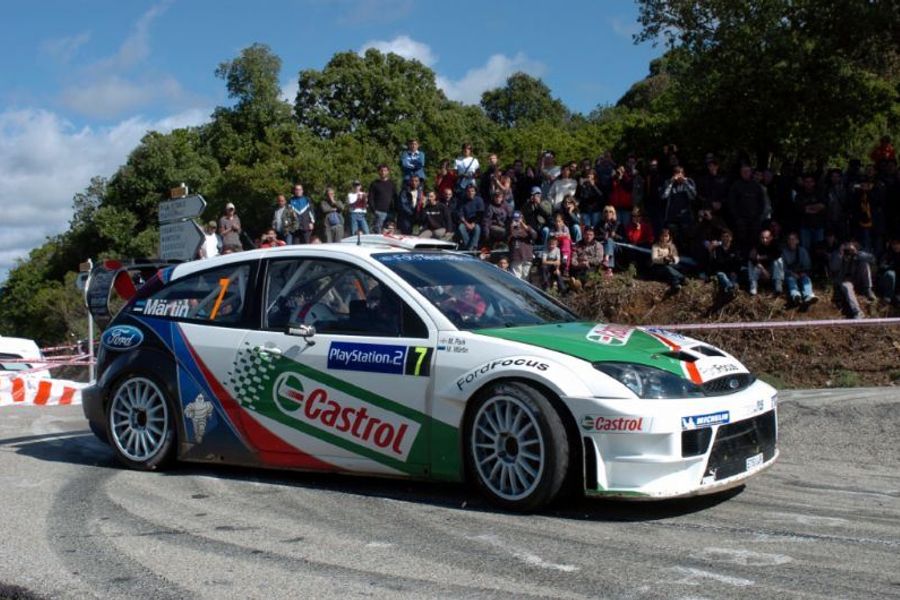 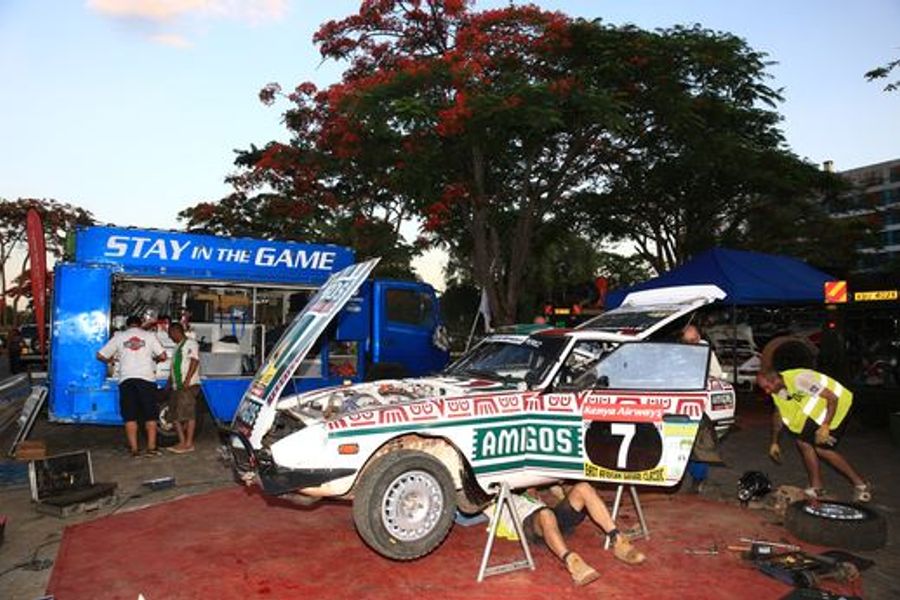 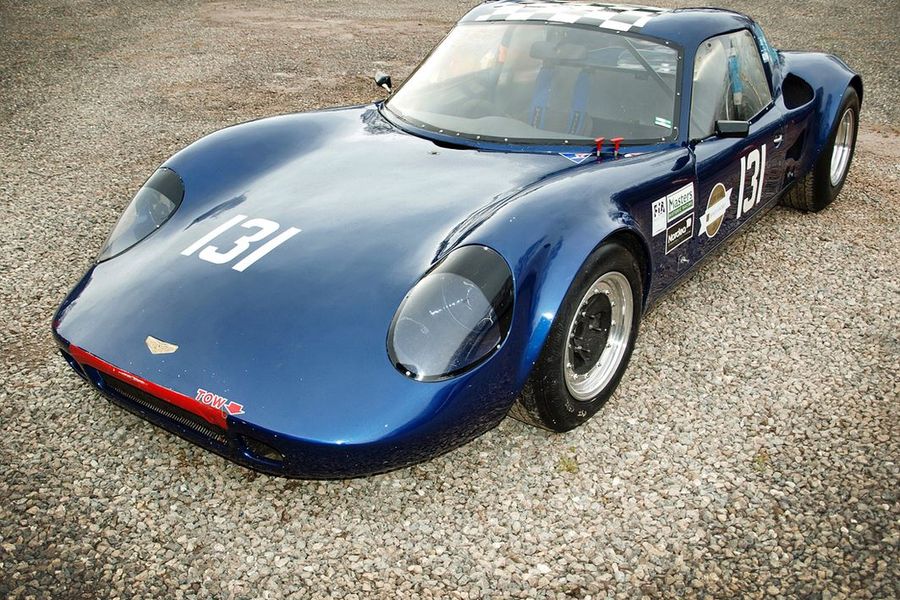 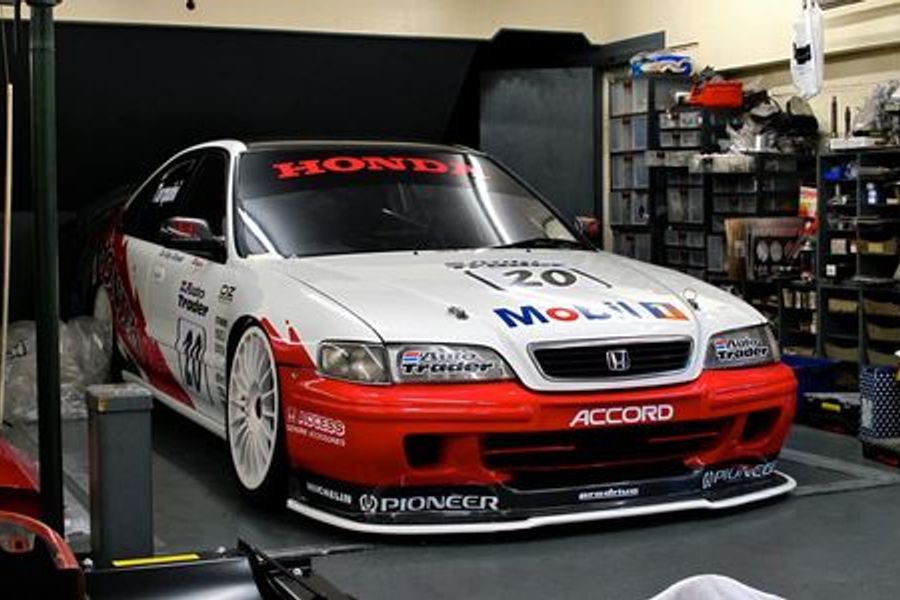 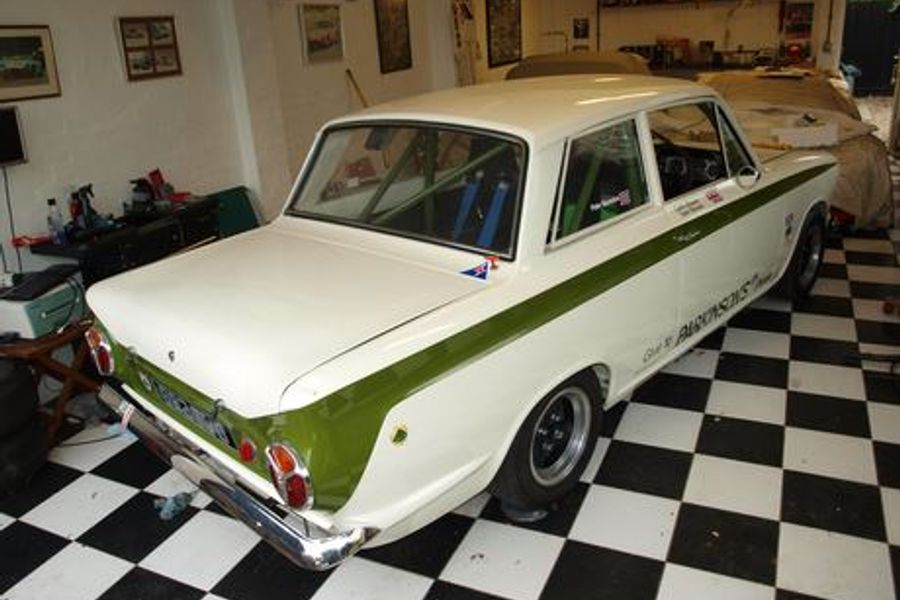 Click on the Gallery link above for images of each car!

This month’s Race Retro at Stoneleigh in Warwickshire (February 20th – 22nd) features an extensive sale or race and road cars by Silverstone Auctions, as well as numerous lot of associated memorabilia. We have picked some of our favourite racers from the sale catalogue - the cars we would like in our ‘fantasy’ garage!

1988 Ford Sierra Cosworth RS500
A ‘brand-new’ Group A Sierra Cosworth RS500! Built from an unused 1980s RS500 bodyshell, this car has all the right parts and mechanicals to be an accurate tribute to the Eggenberger Texaco-backed RS500s, with the engine currently limited to 360bhp but built to handle far more. Having made its debut at the end of the 2013 season, the car raced in the Classic Touring Cars Racing Club’s Pre-93 series in 2014 taking a win at Spa.
Estimate: £32,000 – 36,000

1995 Audi A4 Quattro Supertourer
This ex-works Audi A4 Quattro Supertourer was driven in period by Hans-Joachim Stuck in the German ADAC Super Tourenwagon Cup in 1995. Chassis ST07 is a very early original Quattro that finished 4th overall in the championship and was raced by the likes of Frank Biela, Jo Winkelhock, Roberto Ravaglia and Emanuele Pirro. The car then raced in other national series before the present owner returned it to its original livery in 2014 – the car being then seen at the 2014 Goodwood Festival of Speed, where it achieved 13th quickest overall up the hill against some very exotic machinery.

This Supertourer has both a distinguished racing pedigree and genuine front-running pace in the HSCC Supertouring Trophy. It finished 2nd and 3rd at last year's Oulton Park Gold Cup and can be raced in many prestigious events in 2015, such as the Silverstone Classic.
Estimate: £90,000 – 110,000

1956 Jaguar Mk1
Coverted to a race car by Jaguar collector Alan Lloyd in 1990, this Mk1 was campaigned throughout Europe for several seasons with considerable success. Alan retired from racing about 10 years ago and Mike Wilkinson acquired the car and and continued its racing pedigree to the current day. Externally, it looks truly stunning in Carmen Red and inside, the racing seat, harness and competition dash evoke memories of the late John Coombes and his highly respected racing saloons of the late 1950s and early 1960s.

The 3.4 'B-Type' head engine is freshly rebuilt by Sigma Engineering ,who set a new record for a 3.4 with their power output achieved on the dyno. A new aluminium radiator keeps everything cool and the 4 speed synchro gearbox benefits from a refresh, as does the rear axle which incorporates a 'Powerlock Gripper' limited slip differential. The FIA spec brakes (Mk9 calipers and discs with drums at the rear) are new, as are the hubs, wheels, Koni dampers and suspension. A new 'bag tank' sits in the boot and the car is now fully ready to race.

The car has competed at one 'shake down' race at Donington with the HRDC in 2014 and is now a competitive and front running car in the right hands. It is known to Goodwood and is eligible for racing in the Revival - subject, of course, to securing an invitation!
Estimate: £55,000 – 65,000

WRC 2005 Ford Focus
This car was campaigned in the 2004 World Rally Championship by Markko Martin and in this very car he went on to finish five times in the top ten, including outright wins in both Corsica and Catalunya. The car was retained by the Works and upgraded to 2005 specification for the next season, where it finished three times in the top ten prior to being purchased by Steve Perez.

Steve went on to use the car in National rallying in the UK from 2006 until 2009, achieving many outright wins and several National championships. He retired the car in 2009 and kept it for display purposes before sending it back to M-Sport at the end of 2014 for a £50,000 full rebuild and returning to its former Works colours as it finished on the winners rostrum in Catalunya 2004.
Estimate: £180,000 – 200,000

1975 Datsun 260Z
Another Steve Perez car, this Datsun was built up on a 'no expense' basis in 2007 to take on the challenging East Africa Safari. the very highest of standards, this car has had the benefit of several Safari rally results providing 'on event' development. This culminated in a fine fourth overall finish in the most recent last running of the event in 2013 (having finished 5th overall in 2011 and 3rd overall in 2009)

Improved during every year of participation, the car is now a consistent top 5 overall stage performer and offers a unique 'turn-key' opportunity to enter the Safari Rally with a thoroughly developed and sorted car that will be competitive from stage one. A support truck complete with a comprehensive spares package is included in the sale.
Estimate: £180,000 – 200,000

1969 Chevron B8
The chassis plate on this B8 indicates that this car is chassis number DBE 70/023. In addition, on the right hand side of the chassis, (adjacent to the gearbox cross member) it is stamped 'AM23'. It was customary for Arch Motors, the engineers responsible for building the B8 chassis, to stamp the chassis in this way.

In the car’s document file is the French FIA Historic Identity document from 1998 which states that the car was built in 1968. The 1998 document also lists Chevron Racing Cars/Roger Andreason, Jean Blaton, Willy Mairesse, Laurent Dutoya, Christian and Michael Quiniou and in 2001 Rene Caron as previous owners - but no dates are shown on the papers to confirm this. The similar 2006 papers show the car with Red bodywork, a BMW 2 litre engine and Hewland FT 200 gearbox. At that time the papers state the owner as the well known French Driver, Ludovic Caron.

The current owner of Chassis DBE 023, now in Blue livery, has owned the car since May 2007 purchasing it from Paul Ingram. Since 2007 the current owner has campaigned the car in various European and UK Historic events. He has replaced the bodywork, keeping the earlier body work in his possession, refurbished the chassis, suspension and Hewland transmission. Other components including the Lester Owen built and maintained engine have been kept in race ready condition. The car has recently obtained a new FIA 2015 Historic Technical Passport.
Estimate: £190,000 – 210,000

1997 Honda Accord SuperTourer
Built by Prodrive this car contested the 1997 British Touring Car Championship in the hands of Gabriele Tarquini, chassis number PRO-ST/H-9701 achieving five podium finishes including a fine victory at Thruxton and finished 6th overall in the championship for that year. An extensive and sympathetic restoration has recently been completed. The engine features a 300bhp Neil Brown built engine mated to a six-speed Hewland sequential gearbox. The car weighs only 975kg and is massively impressive on the track and surprisingly easy to drive. The engine has only covered 500 kilometres and the gearbox is also fresh for extended use.

The current owner raced this car last year at various prestigious events, such as the Silverstone Classic. Inevitably, this Accord is eligible to race again in 2015 and can put any perspective buyer on the grid with the likes of John Cleland and Tim Harvey.
Estimate: £65,000 – 80,000

1963 Lotus Cortina
This Lotus Cortina has been a race car since 1990 and was originally raced with the HSCC. Colin Blower bought this car from HSCC racer, Nick Humphries, in 1998 and promptly put the car in to storage where it was to stay until 2012.

Having sold Colin Blower Motorsport in 2012 and effectively retired, Colin then commenced a detailed and comprehensive restoration project on the car with the help of a local university student with the original intent of racing the car with his son. The shell was considered not strong enough for an FIA race car project and a new left hand drive shell from Hungary, was sourced by Brian Whitfield of Roberts Motor Bodies. This was duly converted to right hand drive and fully prepared for racing by him to include the fitment of an FIA roll cage.