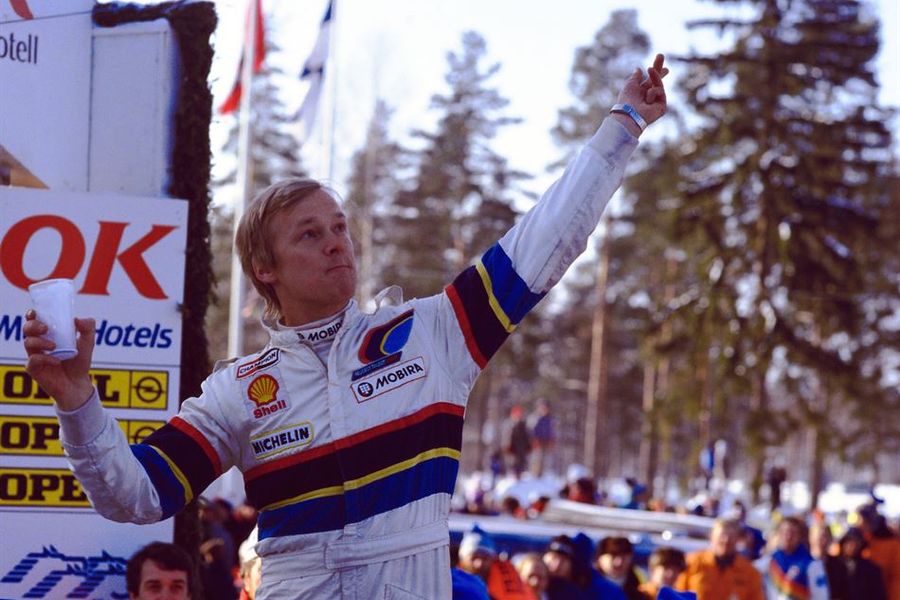 February’s Race Retro has lined up a ‘clash of the titans’ as Finnish rally legends Ari Vatanen and Markku Alén join the show’s 15th anniversary celebrations by getting back behind the wheel on the bespoke Live Rally Stage.
“Vatanen and Alén are larger than life characters who are guaranteed to delight the crowds,” said Acting Show Director Lee Masters. “To have them with us at the show is one thing but to have them in action, driving these amazing Group B cars on our Rally Stage is something you won’t see anywhere else. We are thrilled to have them as part of our 15th ‘Super Show’.”
Appearing on Saturday 25th and Sunday 26th of February at Stoneleigh Park, Vatanen won the British Championship in 1976 and by 1977 was a regular competitor in the World Rally Championship at the wheel of a Ford Escort RS1800. Signed to the Rothmans Ford team in 1979, Vatanen and new co-driver David Richards took their first WRC win at the 1980 Acropolis.
After winning the WRC drivers title in 1981, Vatanen joined Peugeot at the wheel of a 205 T16, and was on course to win the 1985 World Championship until a near-fatal accident in Argentina ended his season and nearly his life. The Finn recovered to return to the sport winning four Paris-Dakar Rallies as well as smashing the record for the Pikes Peak Hill climb in a 600bhp Peugeot 405 T16 in 1988.
“I am very much looking forward to joining Race Retro and seeing all the rally fans over the weekend,” said Vatenen. “To get to drive these fantastic cars again is an honour and I can’t wait!”
Surprisingly Alén, known for his catchphrase “now maximum attack,” never won a WRC title but he did hold the record for the most stage wins at 801 until the record was taken by Sébastien Loeb in the 2011 Rally Catalunya. However, he did win the FIA Cup for Drivers in 1978, the precursor to the World Championship for Drivers established in 1979, and held the WRC title for eleven days in 1986 until a successful appeal by Peugeot meant his win was annulled.
After starting his career in earnest with seven years at Fiat, Alén moved to Lancia where he became a familiar face alongside the iconic Martini livery of the Delta HF. He then moved to Subaru and Toyota before swapping rallying for Touring Cars for a season.
Alén, who appears on the afternoon of Friday 24th and will be in action on Saturday 25th February, said: “I am delighted to be invited to this great event and look forward to driving on the Rally Stage with my old friend Ari. It will be a great weekend and I look forward to meeting fellow enthusiasts.”
The Live Rally Stage will be in action on Saturday and Sunday with around 70-80 Group B and C cars taking to the stage under the watchful eye of Rallying with Group B and the Falcon Motor Club. The live action will be held over two sessions, morning and afternoon, with the British Historic Kart Club acting as a warm up for the rally action.
Tickets are now on sale for Race Retro, held from 24th to 26th February 2017 at Stoneleigh Park, Warwickshire.
Ari Vatanen Markku Alen Race Retro