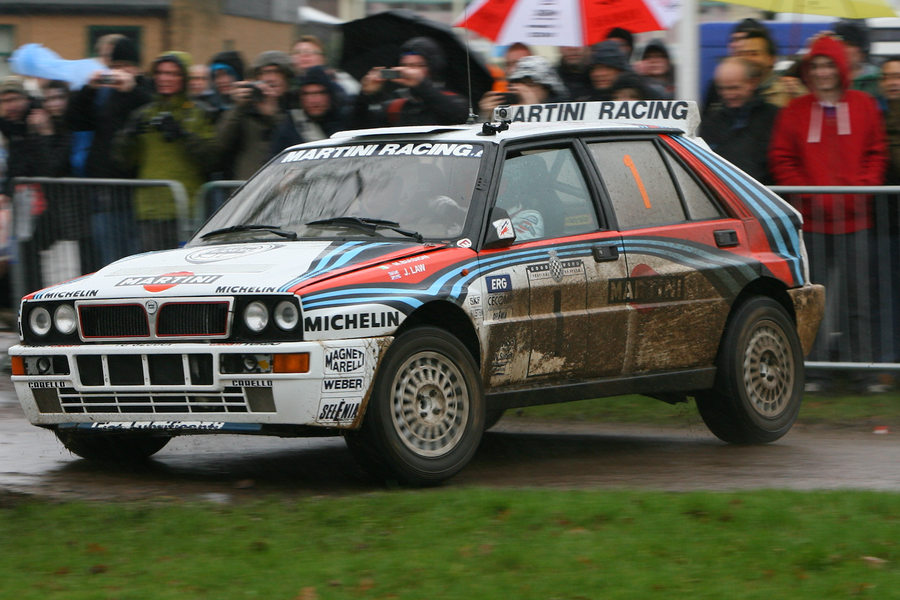 This year’s Race Retro, powered by Motor Sport, has received a record number of entries for the Live Rally Stage, organised by Rallying with Group B (RWGB), with some amazing ex-works cars and motorsport legends celebrated.

Held from 22nd-24th February, Race Retro will transform the grounds of Stoneleigh Park on Saturday and Sunday to create some high-octane live action with over 250 entries considered for the final list of ‘runners and riders.’

Those who did make it into Parc Ferme include Chris Robson’s 1982 Citroen Visa UK ex-works rally car, the first purpose-built rally car to be homologated into Group B. The car was the winner of the Up to 1300cc Class of the Pace/Autosport National Rally Championship and was runner-up in the Group B category of the Rothmans Open Rally Championship with John Weatherley at the wheel.

EGN 78X was part of a two-car assault by Citroen UK on the Rothmans Manx International in 1983, driven by Konrad Bartelski, Britain’s most successful world cup downhill skier, with co-driver Neil Wilson, and sponsored by Penthouse Magazine. This car was runner up in the championship with a class win behind John Weatherley and Ronan Morgan in the later works Citroen Visa Chrono Evolution.

Warren Philliskirk’s crowd thrilling Metro 6R4 was built by John Price and won many tarmac rallies and championships in John’s very capable hands. Warren purchased the car in 1995 and has campaigned 62 rallies including the Icelandic Rally, winning five national rallies and the BTRDA championship in 1997.

Ex-World Champion Juha Kankkunen’s 1999 World Rally Championship (WRC) winning Subaru will be in action. Now owned by Will Nicholls, it also won Rally Finland in 1999. Dave Kenwood’s ex-factory Opel Calibra 4x4 will also be on the startline. It was driven by ex-World Champion Stig Blomqvist on the 1993 WRC.

Other championship cars include David Wright’s Ford Focus which was campaigned by Carlos Sainz and Petter Solberg during the 2000 WRC and secured its best WRC result on the Rallye Automobile de Monte-Carlo, driven by Carlos to second overall. The Pilot Ford Cosworth, driven to victory by M-Sport boss Malcolm Wilson in the 1994 British Championship and now owned by George Gauld will also be in action.

RWGB organiser Tim Foster said: “The quantity of entries for Race Retro this year has been amazing but the quality of the vehicles that enthusiasts will be able to see up close and in action is off the charts!”