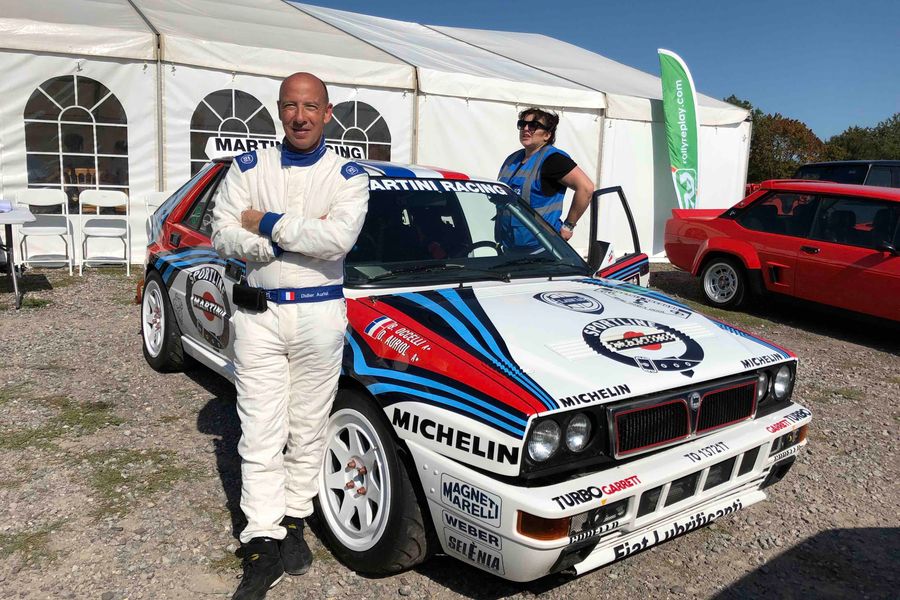 French Rally driver Didier Auriol, who won the World Rally Championship (WRC) in 1994, will make his debut at this year’s Reis Race Retro, 21st-23rd February 2020 at Stoneleigh Park, Warwickshire . He will be joined by the current European Rally Champion Chris Ingram.

Born in Montpellier and initially an ambulance driver, Auriol started rallying in an old Simca 1000. After winning his first French Rallye Championship in 1986 behind the wheel of a Metro 6R4, he repeated his success in 1987 and ’88 but this time in a works Ford Sierra RS Cosworth.

Auriol made his name in the WRC throughout the 1990s. He was the first Frenchman to win the Championship. He also drove for manufacturers including Lancia, Toyota, and Peugeot amongst others during his career.

As well as driving in a replica of the Cosworth on the Reis Live Rally Stage on Saturday 22nd and Sunday 23rd February, Auriol will be interviewed and taking fans’ questions on the interview stage. He will also be signing autographs and posing for selfies with fans.

Joining Auriol is British rally driver Chris Ingram, who won the European Rally Championship in 2019 with co-driver Ross Whittock, becoming the first British winners in 52 years and the youngest ever Champions. After two seasons with Peugeot, he signed with German factory team Opel Motorsport, something he credits to the late great Russell Brookes.

“I first met Russell at Race Retro in 2016, where he took me for a ride in his iconic Opel Manta 400 ahead of my debut season with the Opel Motorsport team driving an Opel Adam R2,” explained Chris. “Shortly after the event, Russell helped me secure sponsorship from his loyal former sponsors Andrews Heat For Hire, which effectively saved my career and enabled me to compete in the FIA European Junior Rally Championship with Opel Motorsport, which I went on to win in 2017.

“Russell predicted I would bring the European Rally Championship title back to Britain, so just a few years later we did it!”

Ingram will also be in action on the Live Rally Stage in a car supplied by BGMSport throughout the weekend as well as being interviewed in the Halls and meeting fans.