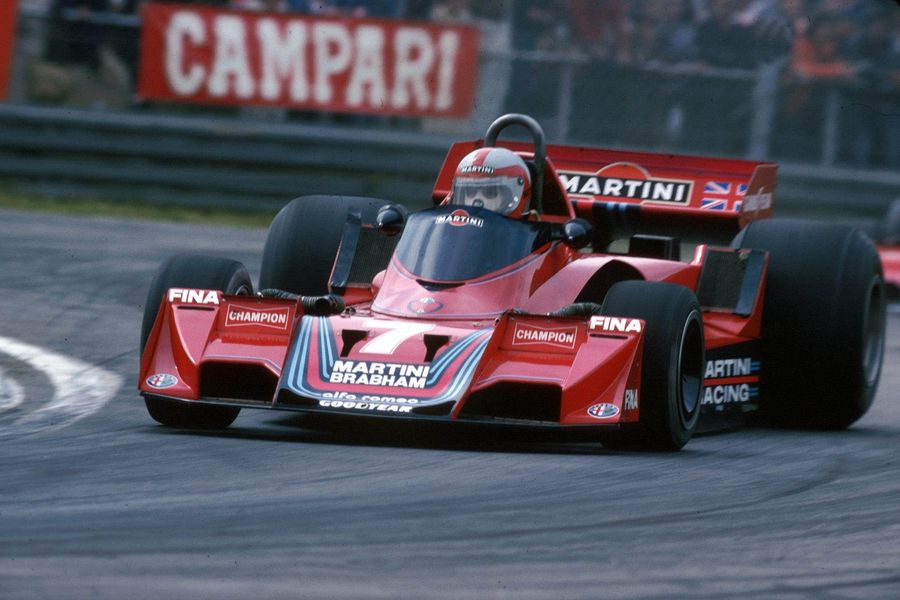 Held at Stoneleigh Park from 22nd-24th February, Race Retro welcomes Formula One driver turned pundit John Watson for the first time, who won five Grands Prix and was third in the 1982 championship.

Born in Belfast, Watson’s F1 first World Champion event wwas in 1973 when he drove Brabhams for the sponsor of the injured Andrea De Adamich, retiring Ceramica Pagnossin liveried cars at Silverstone and Watkins Glen of the sponsor of the injured Anrea de Adamich.  The ext season saw him in a Brabham BT42 for John Goldie Racing, the highlight a sixth place finish at the mOnaco GP, his first points scoring finish.

In 1979, Watson moved to McLaren where he gave them their first victory in over three years by winning the 1981 British Grand Prix and also securing the first victory for a carbon fibre composite monocoque F1 car, the McLaren MP4/1.

His most successful year was 1982, when he finished third in the Drivers' Championship, winning two Grands Prix before he retired from F1 at the end of the 1983 season, turning to sports car racing. John partnered Stefan Bellof to victory in the Fuji 1000km and drove a Jaguar XJR-5 at the 24 Hours of Le Mans. He competed in the Le Mans 24-Hours seven times over the course of his career between 1973 and 1990, coming second in the World Sports Car Championship in 1987.

John Fitzpatrick raced professionally for over 20-years in Touring Cars, Sports Cars and GTs and was considered one of the best Porsche drivers of his era. He began his career driving Touring cars in the BSCC and ETCC, winning the British Saloon Car Championship in 1966. First it was Minis, moving on to Ford Anglias and Escorts; BMW CSs and then Porsche 911s.

John was crowned European GT Champion in 1972, and again in 1974. He moved to the United States in 1980, driving for Dick Barbour Racing, capturing the IMSA Camel GT Championship in the process. He won the prestigious Porsche Cup in 1972, 1974 and 1980.His most prestigious wins were the Daytona 24-hours, Sebring 12-hours and the Bathurst 1000kms in Australia.

In 1981, he moved from driver to team owner-driver, with some success and spent eight years as Secretary of the British Racing Drivers Club and Director of Silverstone Circuit.

Joining these racers is Finnish rally legend Rauno Aaltonen, one of the famous Flying Finns of rallying, Rauno started his career on speedboats and later moved on to motorcycles competing in road racing, speedway and motocross. He was the first Finn to win a Grand Prix motorcycle racing competition.

Before the World Rally Championship was established, Rauno competed in the European Rally Championship, winning in 1965 with co-driver Tony Ambrose. He also won the Finnish Rally Championship in 1961 and 1965. In 1966, he partnered Bob Holden in Australia to win their premier touring car race, the Gallaher 500, in a Mini Cooper S at Mount Panorama in New South Wales, finishing a lap clear of the rest of the field.

Aaltonen finished second on six occasions in the Safari Rally, which is considered one of the most difficult courses in rallying earning him the nickname of ‘The Rally Professor’.

This trio will all be interviewed on the Motor Sport Live Stage on Saturday 23rd and Sunday 24th February as well as taking part in Q&A sessions and autograph signings.