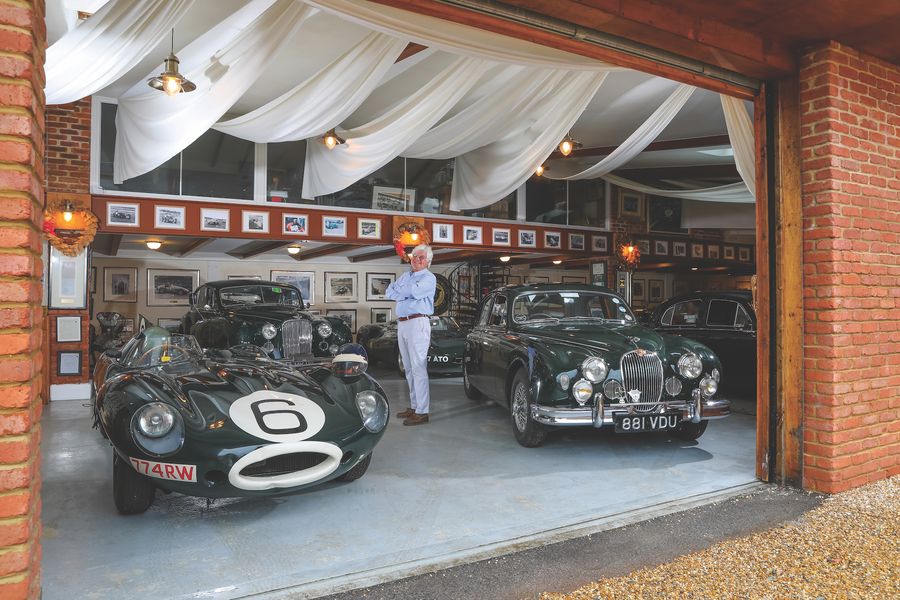 This year’s Motor Sport Hall of Fame Live will include a unique tribute to British racing driver Mike Hawthorn when it returns to next month’s Race Retro. Held at Stoneleigh Park, Warwickshire, from 22nd-24th February, the Hawthorn showcase features both cars and artefacts from his career that have been curated for a bespoke display.

January 2019 marks 60-years since Mike Hawthorn’s death at the age of 29, so it is fitting that Race Retro, powered by Motor Sport, will be paying its own special tribute to this most talented of British racing drivers.

Hawthorn was born in Yorkshire in April 1929 and, with his father owning the Tourist Trophy Garage in Farnham, Surrey, it seems that fast cars were in his blood. He won his first single-seater race in 1952 and would go on to drive for some of the greatest names in the sport, including Ferrari, BRM, and Vanwall. His died on January 22nd, 1959 when the Jaguar 3.4 saloon he was driving left the road near Guildford in Surrey.

“Mike Hawthorn’s contribution to the world of motor sport should never be forgotten” says Acting Show Director, Lee Masters. “The epitome of the English gentleman and a fantastically competitive racer, that 60 years have passed since his death makes this tribute all the more special.”

The display lined-up at Race Retro promises to be mouth-watering with a unique collection of Mike Hawthorn’s cars and personal racing memorabilia. It will feature the D-Type Jaguar that renowned collector, Nigel Webb, re-built using the chassis from the 1955 Le Mans winning car. It even features the original registration number.

Also on show will be the Lotus Eleven that Hawthorn raced in period, and the cars will be accompanied by a wonderful array of memorabilia including a selection of the driver’s gold medals, a steering wheel from one of his Ferrari Formula 1 cars, and plenty more.

Mention of Ferrari is especially important as Hawthorn was behind the wheel of one of Enzo’s fabled racers when, in 1958, he became the first British driver to win the Formula 1 World Championship. He pipped another great driver, Stirling Moss, to the title by a single point and then immediately retired from the sport.

Race Retro will remember the life of a legend with a tribute that every motor sport enthusiast will want to see. The Motor Sport Hall of Fame Live will also include other racing and rally cars, with a number of key milestones celebrated, along with special guests, many of whom will be interviewed on the Motor Sport Live Stage.