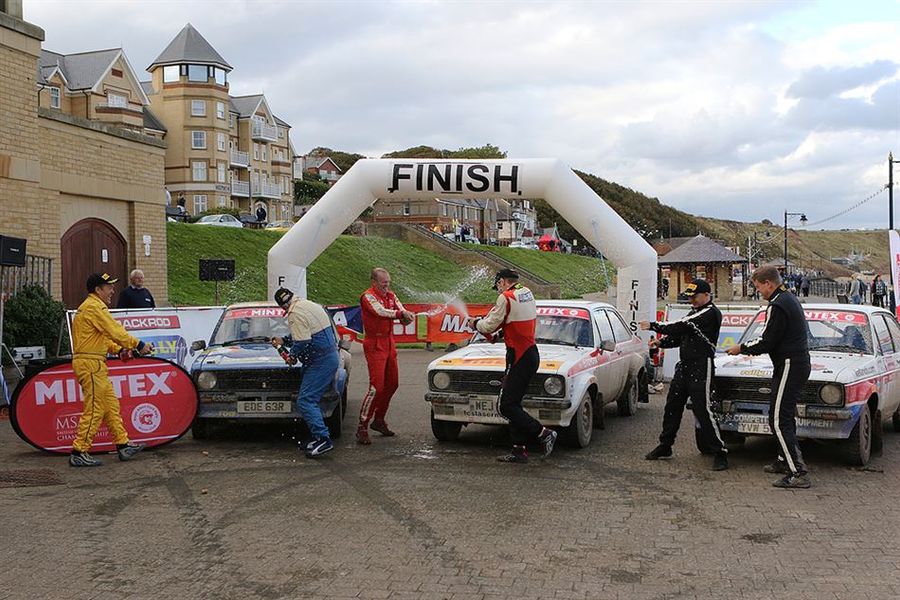 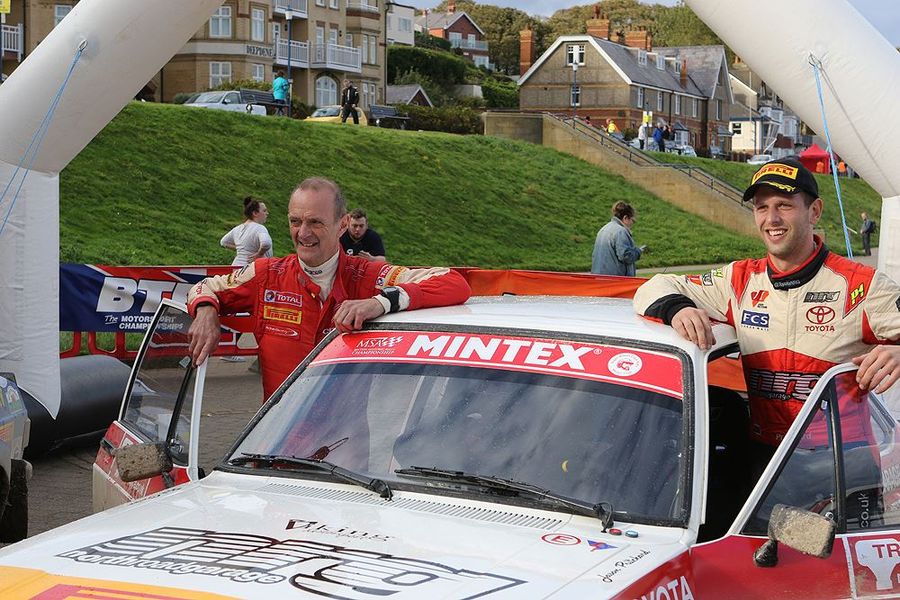 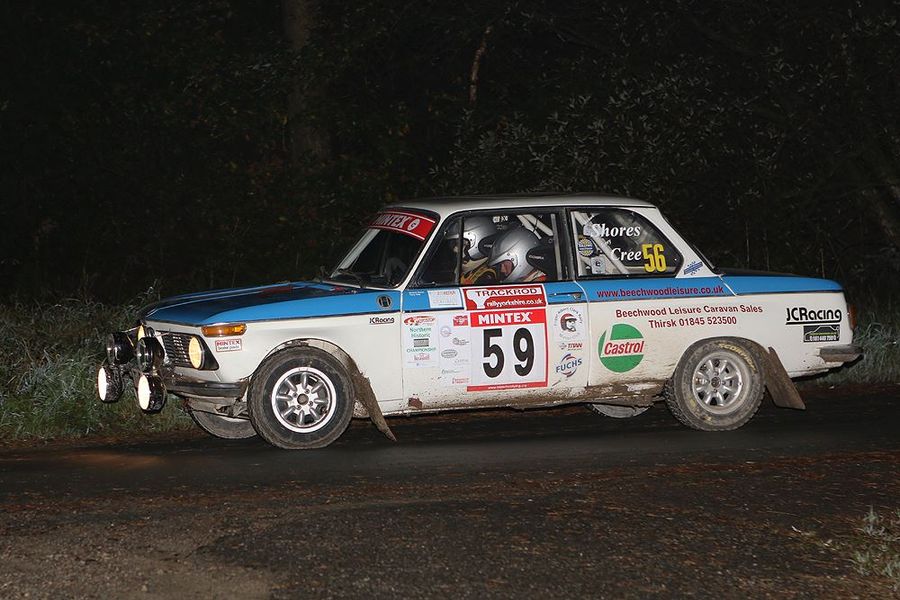 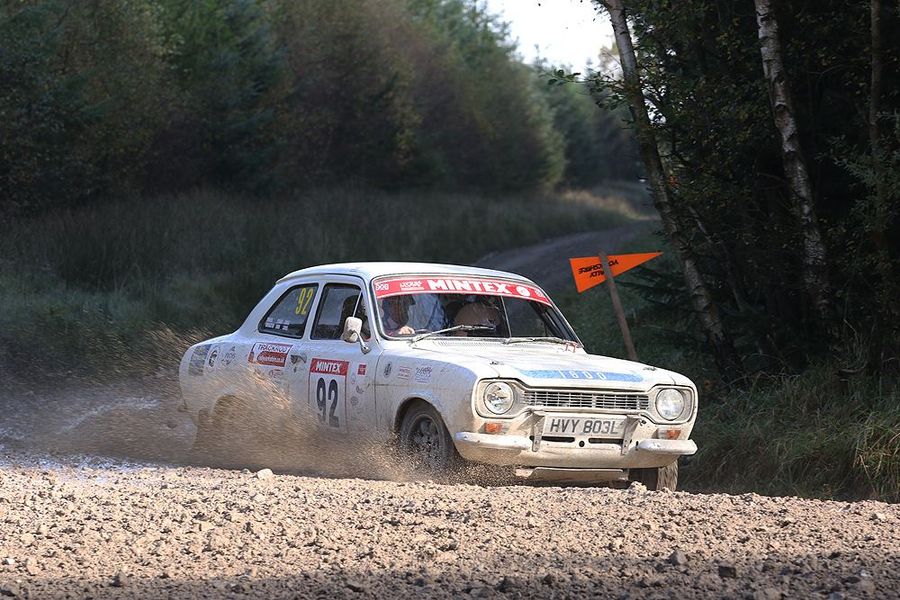 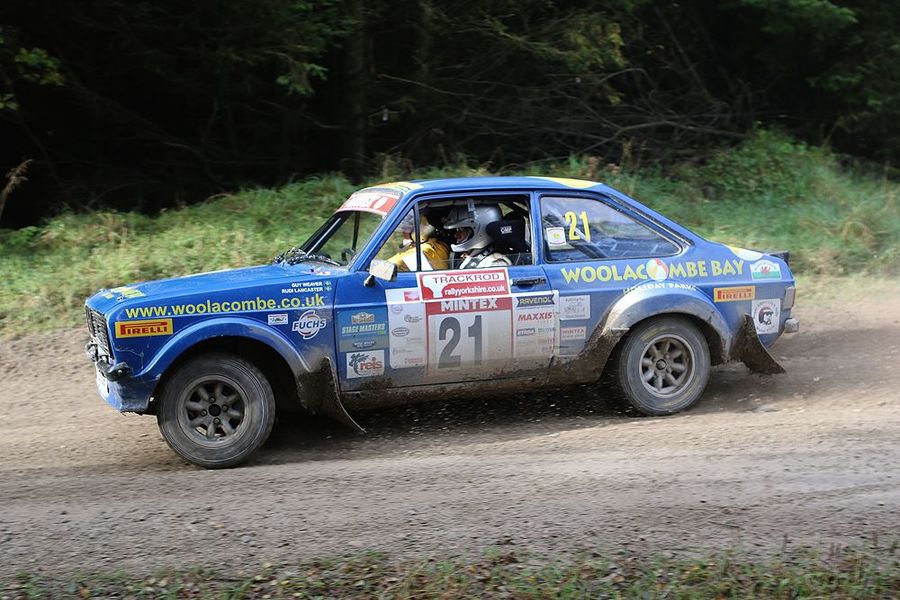 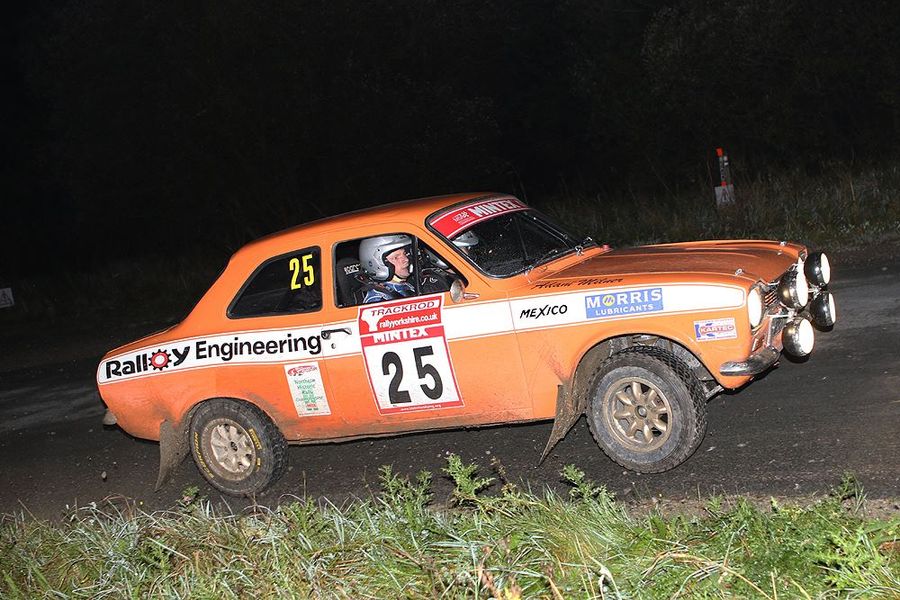 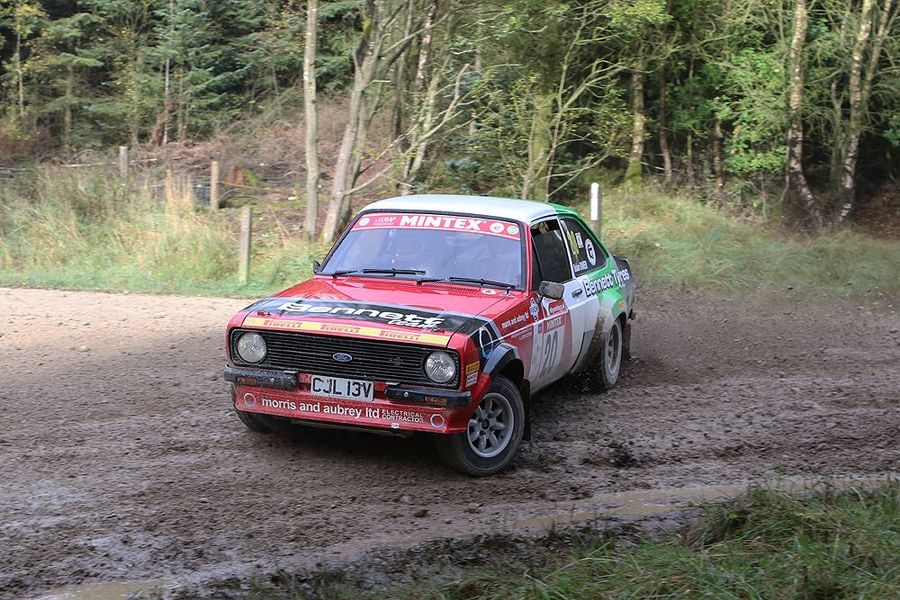 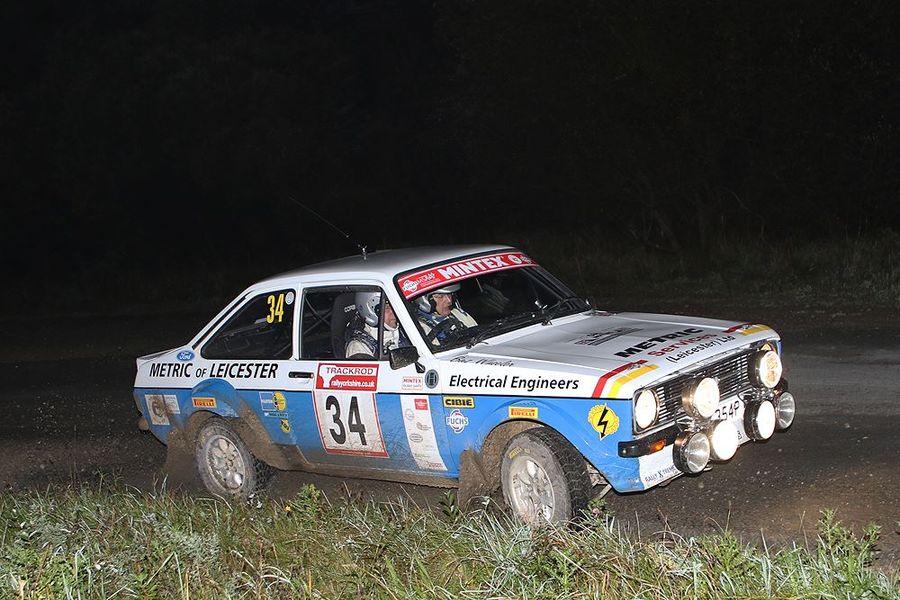 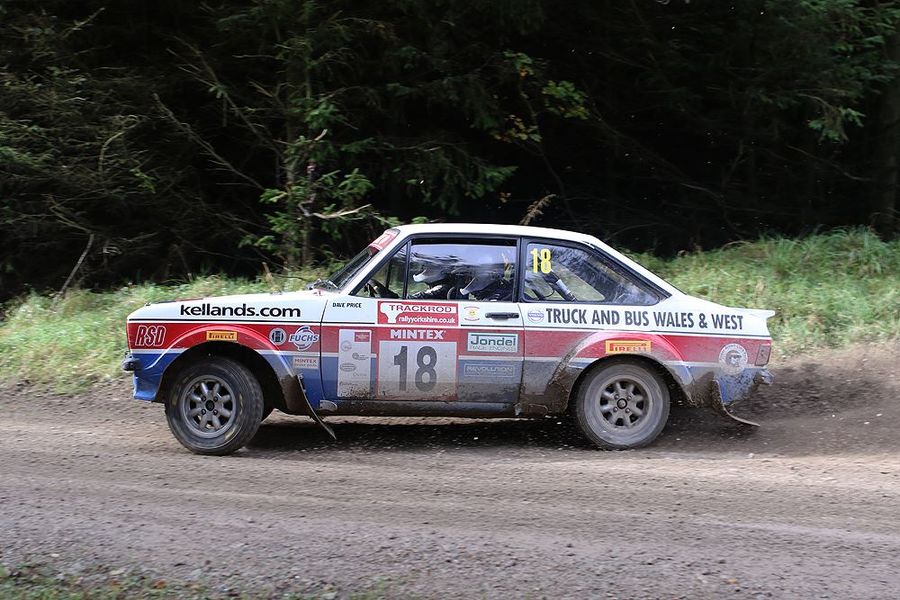 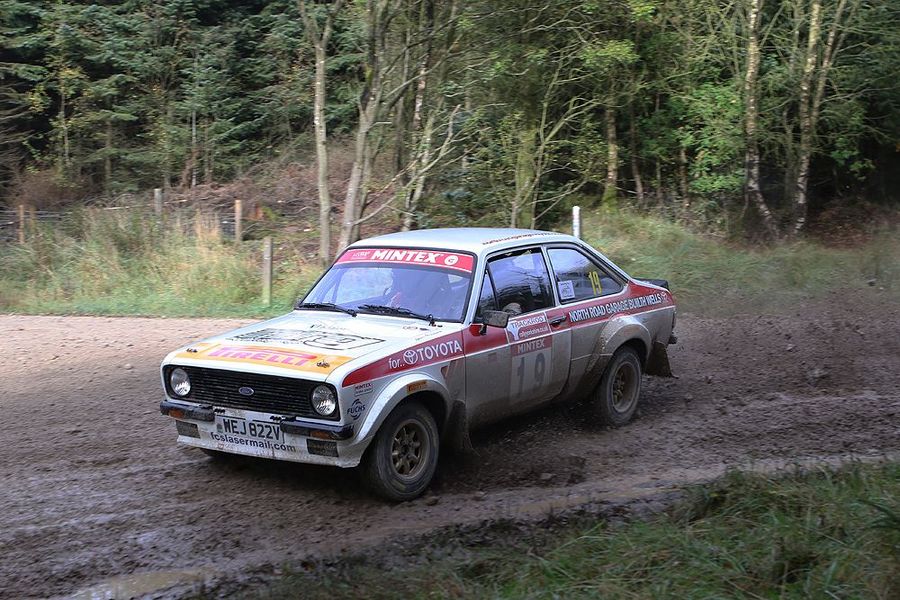 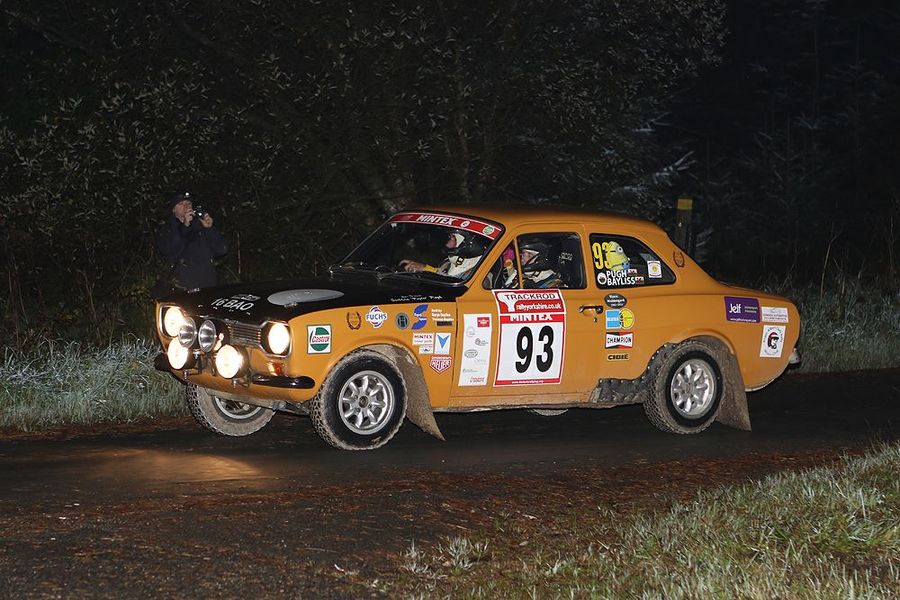 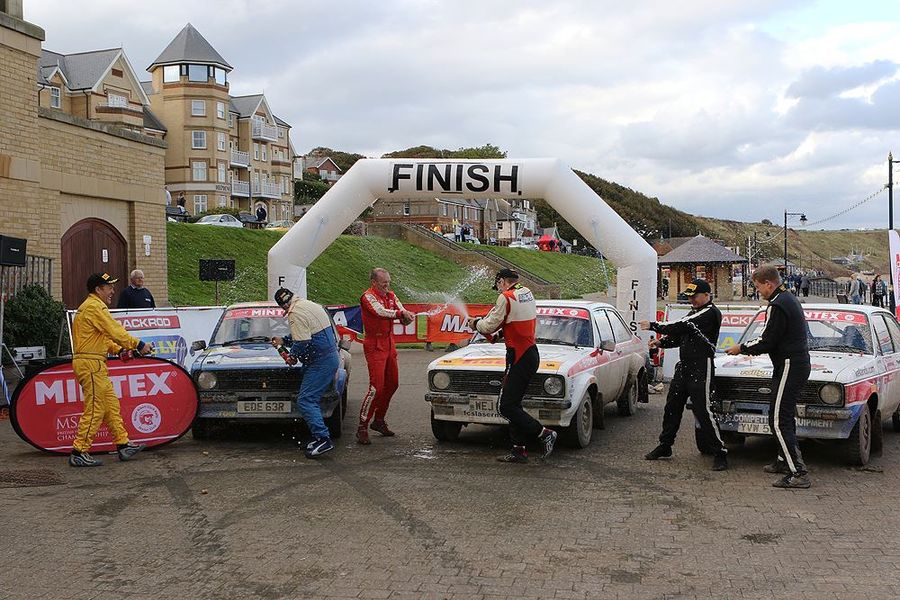 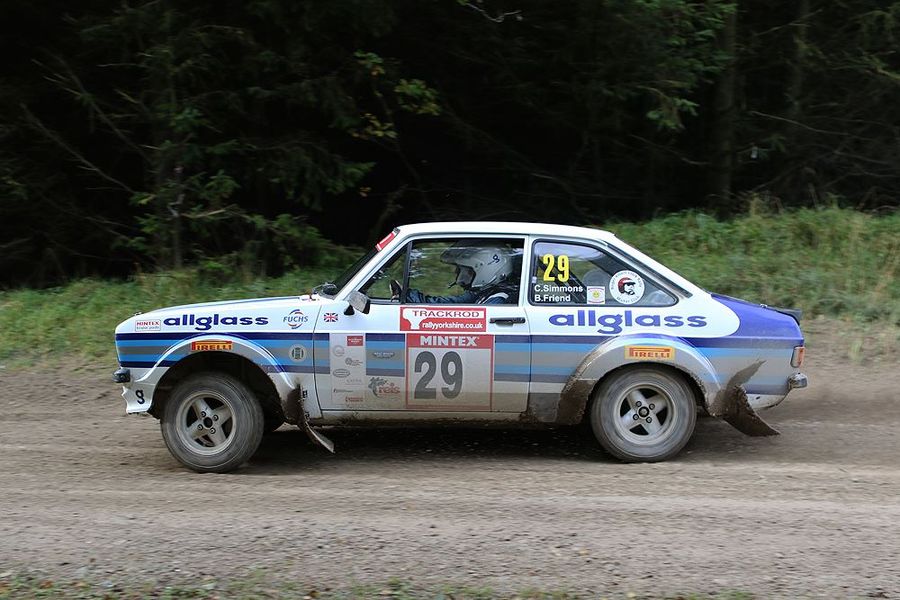 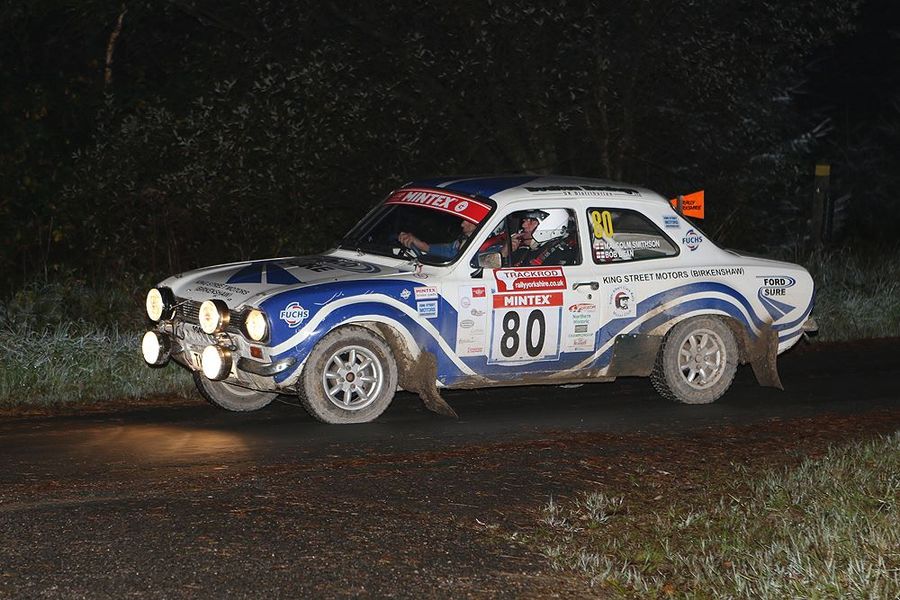 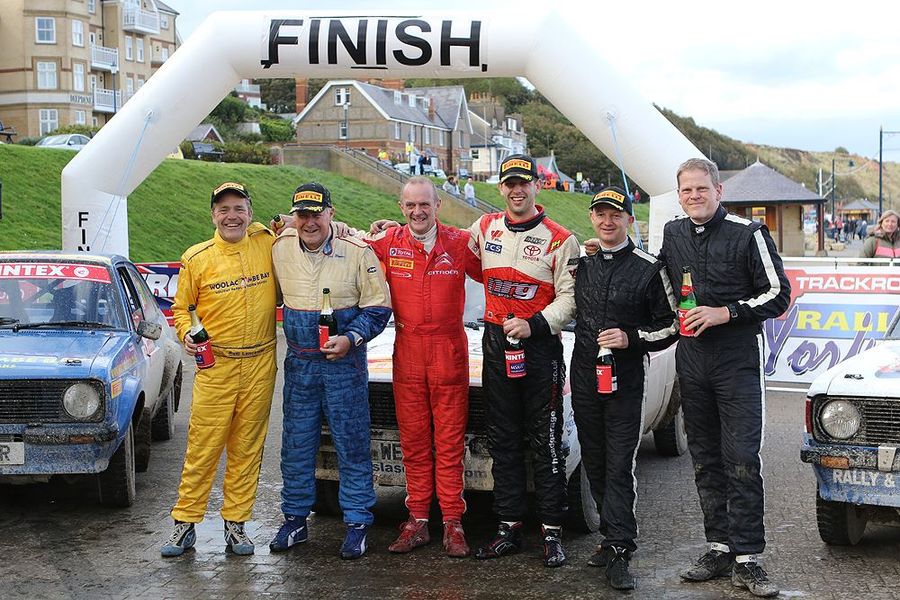 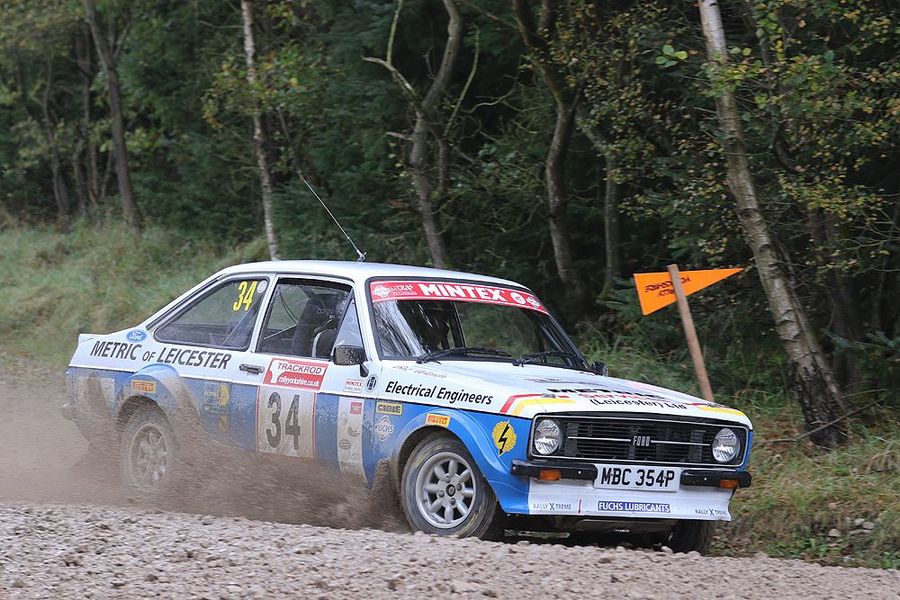 Click on the Gallery tab for pictures from the Trackrod Historic Trophy courtesy of Paul Lawrence.

Jason Pritchard and Phil Clarke have won the Mintex MSA British Historic Rally Championship for the third time in a row after a nail-biting climax on the final round, the Trackrod Historic Cup (September 29th/30th).

It was a winner-takes-all showdown in the Yorkshire forests between Pritchard/Clarke and Nick Elliott and Dave Price and Elliott was seven seconds up when he slid off for over a minute on the fourth stage. After seeing his rival off the road, Pritchard and Clarke were able to ease their pace and take maximum points to become the first crew to take a hat-trick of BHRC titles.

The rally started with 11-miles of Dalby in the darkness of Friday evening, made muddy and slippery after heavy rain. Remarkably, Pritchard and Elliott were just eight-tenths of a second apart by the end of the stage as Pritchard took a slender advantage.

Saturday morning started with 14-miles of Langdale and Elliott went five seconds faster, which grew in the following Staindale stage to take a 7.5s margin into stages in Gale Rigg and Cropton. Elliott continued his attack in Gale Rigg but a tricky corner caught Elliott out and the Escort went off backwards into the undergrowth. The car was undamaged but stuck and Pritchard, running next car, went by as Price organised recovery with spectators.

A minute and a half was lost and that dealt a fatal blow to Elliott’s title bid. Heading into the second run of Dalby, Pritchard had 67s in hand and, with a measured performance, arrived at the finish on Filey sea front 56s up on his season-long rival.

“It was close! It was a good fight all year and the conditions in Yorkshire made in difficult at the end,” said Pritchard. “We just did what we had to do and that was all we could. It was a case of whoever cracked first and fortunately for us, that was Nick. But that’s rallying and anything can happen. It’s thanks to everyone who puts in the hours to get us here. Phil and I have the easy part! It is some achievement to win a hat-trick of BHRC titles and it’ll be a while before that record is broken, I’m sure.”

Rudi Lancaster and Guy Weaver completed a very impressive BHRC campaign with third overall on both the rally and in the championship. Like most crews, they found the Friday night stage a real challenge, but were quick all through Saturday, with second fastest in Dalby less than three seconds down on rally winner Steve Bannister after 11-miles.

Elliott/Price finally finished fourth while Steve Bennett and Osian Owen were fifth despite dropping nearly a minute with an overshoot and a spin on Friday night. They were nicely on the pace on Saturday. Rounding out the top six were Ben Friend and Cliffy Simmons in another giant-killing performance in the Pinto-powered Escort Mk2.

Terry Cree and Richard Shores bagged class C3 spoils in their BMW 2002 after a strong run while Stuart Cariss/Linda Cariss (Ford Escort Mk1) topped class C2 with a spirited performance. Their rivals Mal Bayliss and Siobhan Pugh were out early on Saturday with a suspected fuel pump problem.