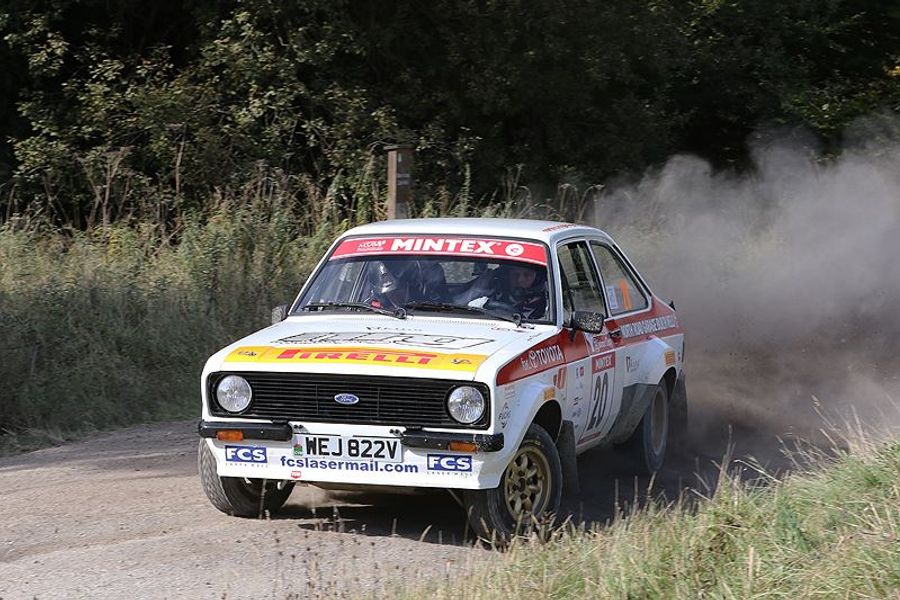 The 2017 Mintex MSA British Historic Rally Championship will conclude in style with a winner-takes-all final on the Trackrod Historic Cup in the famous Yorkshire forests (29th/30th September).
This season has been all about two crews: defending double champions Jason Pritchard and Phil Clarke and pretenders to the crown, Nick Elliott and Dave Price. Now the Ford Escort Mk2 crews head to Yorkshire to finally settle the matter and whichever crew takes maximum BHRC points, they will be champions. Pritchard and Clarke have a three-point lead over Elliott and Price and, with 30 points for first and 25 points for second, the top BHRC score on the Trackrod will earn the title.
The Roger Albert Clark Rally Motor Club promotes the MSA BHRC under a five-year contract and 2017 will be the third year of that agreement. The calendar covers five gravel and three asphalt rallies, with a double-header on the Isle of Man in September to make nine rounds. The team at Special Stage will film all eight events to give the BHRC some of the best TV exposure in British rallying.
Beyond the tense battle for the overall championship battle, the Trackrod Historic Cup will deliver some cracking historic action as the BHRC pays its annual visit to the classic Yorkshire forest stages. Drivers like Rudi Lancaster, Steve Bennett and Simon Webster have all shown fine Yorkshire pace in previous seasons and will be chasing Pritchard and Elliott.
Adding tremendous depth to the BDG-powered Mk2 pack will be the cars of Barry Stevenson-Wheeler/John Pickavance and Phil and Mick Squires, while lining up against the BDG-powered Ford Escort Mk2s will be the Pinto-powered version of Ben Friend and Cliffy Simmons. Despite getting out of breath on the long straights in Dalby, their pace is such that they will be aiming to take some more scalps from the more powerful cars.
A welcome return to the championship in the Capital Construction Category 2 is the Ford Escort Mk1 of husband and wife Chris Browne and Ali-Cornwell-Browne, and they are joined by the next generation of rallying Browne, son Josh in his Pinto-powered Escort Mk2. For both cars, this is a pre-Roger Albert Clark Rally shakedown and a rare chance to get acclimatised to forest rallying in the dark once more.
Up against Chris Browne in Category 2 will be the mighty Datsun 240Z of the irrepressible Jeremy Easson and Mike Reynolds along with the rapid BMW 2002 of Terry Cree and Richard Shores.
In the 1600cc division of Category 2, there will be another instalment in the season-long contest between the Escort Mk1s of York-based Stuart and Linda Cariss and Welsh crew Mal Bayliss and Siobhan Pugh. Bayliss is overdue a good finish after a frustrating season of mechanical dramas but the local husband and wife crew will be hard to beat on familiar stages.
The Trackrod Historic Cup is based in Filey with scrutineering on Friday afternoon followed by the rally start at 7pm and one 11-mile special stage. The rally resumes at 8.30am on Saturday and the crews will return to Filey from around 3pm.
The Trackrod Historic Cup is organised by the Trackrod Motor Club.