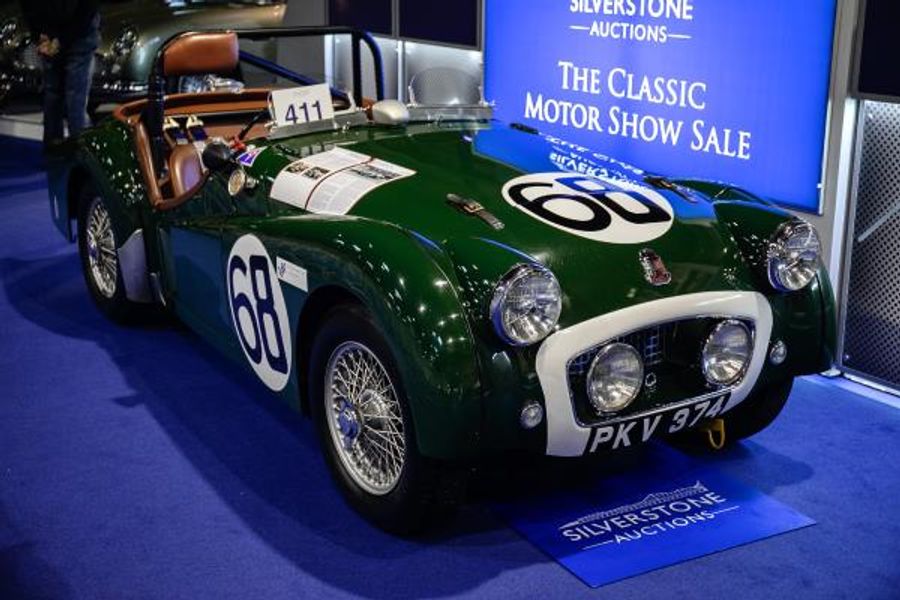 Silverstone Auctions had an outstanding sale at last weekend’s Lancaster Insurance Classic Motor Show, setting a world record for a Triumph TR2 from the 1955 Le Mans race, the car surpassing its highest estimate, whilst other lots achieved excellent results with a sales rate of 75% generating £5.8 million in sales. which in this current market is an excellent achievement ending the Silverstone Auctions UK auction year on a high.

The star lot of the sale was a 1955 Triumph TR2 ex-works Le Mans car. This car was originally a reserve for the race but made the start driven by Leslie Brooke and Mortimer Morris-Goodall. Brooke embedded the car in a  sandbank at Tertre Rouge at 7pm on Saturday evening, the TR2 losing 28-laps to its two team-mates before rejoining just before full darkness.

By the end of the race the number 68 Triumph had completed 214 laps and crossed the line in a formation finish with the rest of the Standard-Triumph team, though unclassified due to completing an insufficient distance. The car had been bought by Prince Hussein of Jordan straight after the race and was being sold after 47 years of ownership by the current vendor, who was in the sale room. 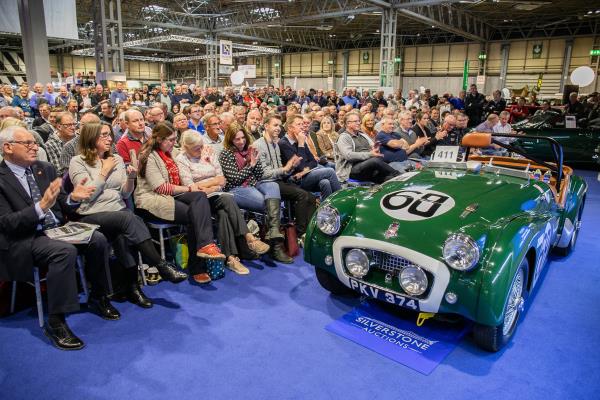