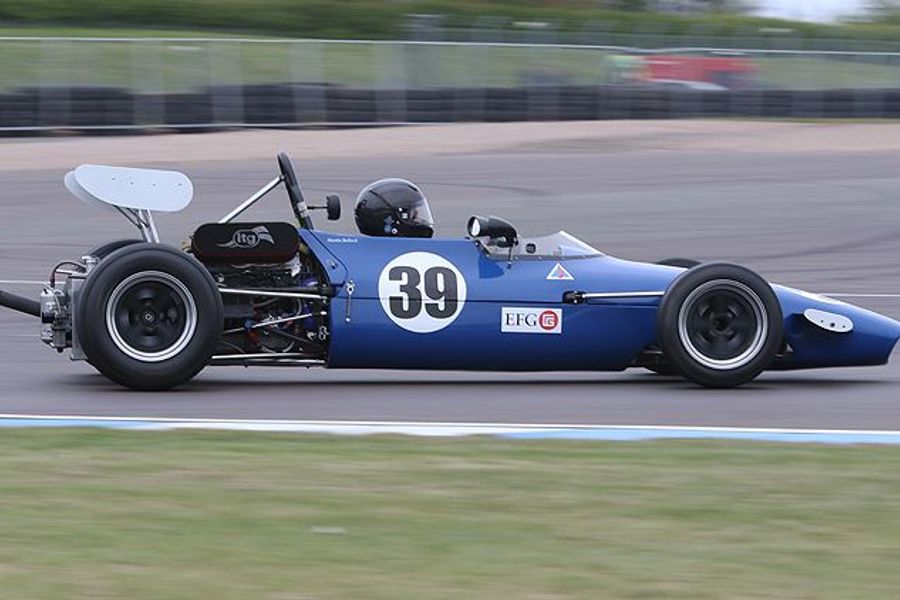 Matthew Watts returned to F2 racing in style at Monza (19-21 June), scoring a double victory in the HSCC Historic Formula 2 FIA International Series at the legendary home of the Italian Grand Prix.

Rounds three and four of the FIA-approved and HSCC-administered Historic Formula 2 Championship took place at the 62nd Coppa Intereuropa Storica Monza meeting. Although Monza faces an uncertain future as a Grand Prix venue beyond 2015, the chance to race at the 93-year-old venue is a major draw for racers. Monza has hosted a round of the Formula One World Championship virtually every year since the championship was created in 1950.

In race one O'Connell led for the first three laps until his engine let go, which allowed Watts through to lead from Peter until the Swiss racer ran out of fuel on the last lap so a very on-form Mark Dwyer (March 742) moved up to finish second to Watts with current champion Frenchman Robert Simac (March 712) a class-winning third. Two strong performances in the 1600 class from Australian Martin Bullock (Chevron B17C) and American James King (March 712) netted fourth and fifth overall.

Race two produced another dominant Watts win after Peter stopped on the warm up lap with an ignition problem. Dwyer took up a strong second place for over half the race until he slowed a little with oil pressure problems so this let Philip Hall (March 752) move up to second after a superb drive from the back of the grid. Simac and Bullock were one and two in the 1600 class with Swiss driver Luciano Arnold (Brabham BT36) third.

Special mention must go to Northern Irishman Darwin Smith, winner of the first two rounds in the March 722 his father John has owned for more than 40 years. Major engine problems developed in qualifying and the small team worked long into the night to rebuild the engine in time for race. Despite only getting a couple of hours’ sleep, Darwin raced up to third in the opening race from the back of the grid before more engine dramas put him out of the race. Darwin and the team deserved more for such a big effort.

The F2 series now returns to the UK for rounds five and six at the HSCC Brands Hatch Historic Super Prix (11/12 July). The remaining races of 2015 will be at Zandvoort (Holland) and Dijon (France).