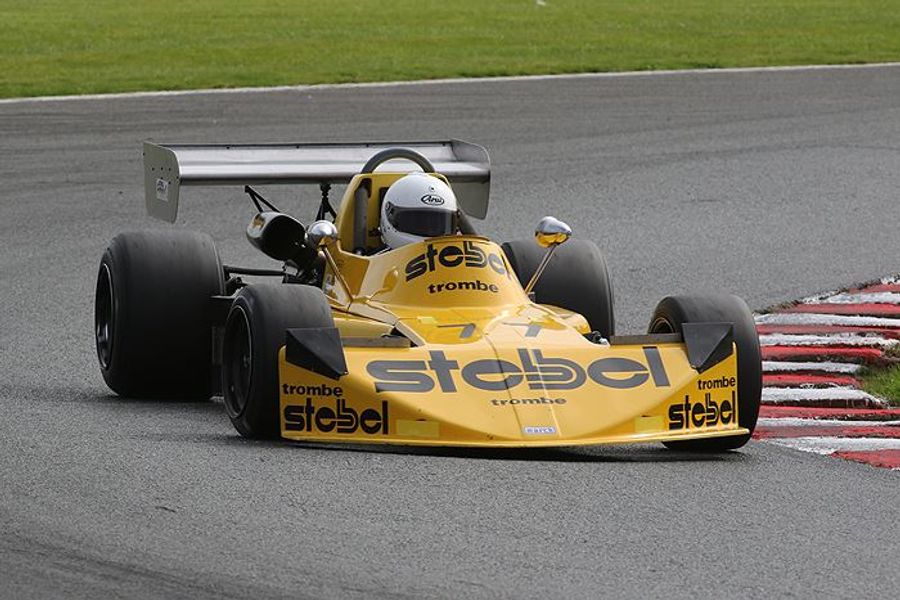 Three titles in the HSCC Historic Formula 2 FIA-sanctioned International Series will be decided during the final event of the season at Dijon this weekend (7th/8th October).  The weekend marks rounds nine and ten of the year, which has seen excellent support for the championship across double-header races at Donington Park, the Nurburgring, Magny Cours and Oulton Park. To date, 45-drivers have taken part in the 2017 season. While Frenchman Robert Simac has already been confirmed as winner of the Jochen Rindt Trophy for 1600cc cars, the title in the other three categories is up for grabs at the famous French track. In the Gilles Villeneuve Trophy for 1600cc Formula B and Formula Atlantic cars, Frenchman Olivier Huez (March 722) has a handy lead, while Stephen Weller (Elfin 600B) looks set to clinch the Jim Clark Trophy for the early non-winged F2, Formula B and Formula Atlantic cars. However, the contest for the Bruno Giacomelli Trophy for 2-litre F2 cars from up to 1978 remains very open and as many as six drivers still have a chance of taking the trophy. The current points’ leader is Richard Evans in his March 742 and he is likely to set the pace in France. His rivals include the March 782s of Dean Forward and series newcomer Marc Devis from Belgium. The HSCC Historic Formula 2 International Series is open to single-seater racing cars built to the appropriate Formula 2, Formula B and Formula Atlantic regulations between 1st January 1967 and 31st December 1978, running to their original specification and using components of a type used in period. Running alongside the Formula 2 races at Dijon will be the final round of this season’s HSCC Pre ’80 Endurance Series where the mighty Cosworth DFV-powered Lola T282 of Leo Voyazides and Simon Hadfield is the standard-setter. Other leading entries include the Lola T290 of Mark Richardson/David Gathercole, father and son Andrew and James Schryver (Chevron B26) and Jonathan Loader (Tiga SC80).