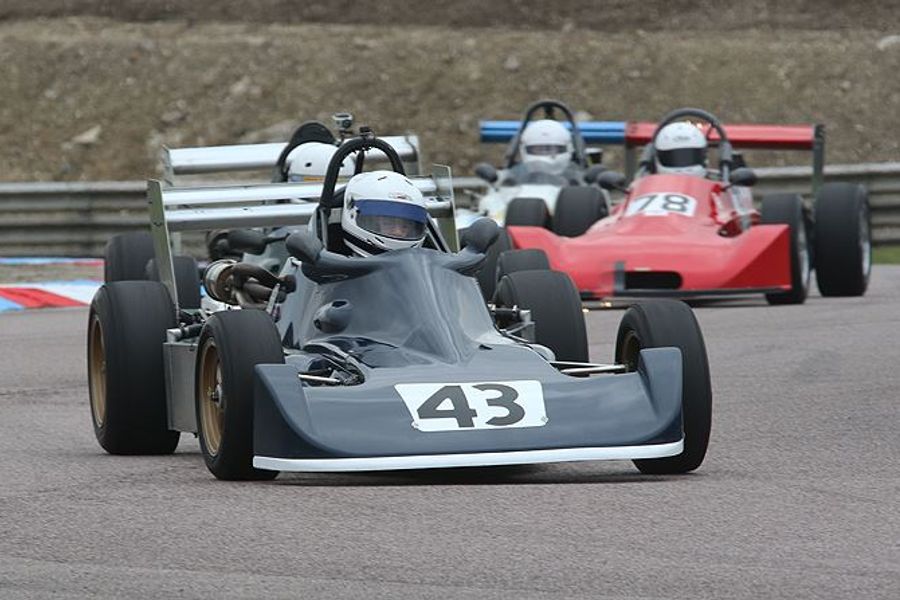 A new award within the HSCC Historic Formula Ford 2000 Championship will recognise the drivers who do not usually run at the front of the pack. The Penfold Plate will be awarded in memory of Mick Penfold who designed and built the Penfold Formula Ford 2000 in the late 1970s. The top 12 drivers from the previous season’s championship points’ table will not be eligible for the award, along with any driver who has finished in the top three in an MSA-registered championship in the previous three years.
Category prime movers Alan Morgan and Iain Rowley say that the head of the Historic FF2000 field has become very competitive over the last couple of years with the result that drivers who were achieving respectable results in the past are now struggling to finish in the top 12, despite putting in similar lap times to those they set previously.
Championship points will be scored as usual, with the Plate drivers being identified in the table. The three highest Plate drivers in the overall end-of-season table will be classed first, second and third in the Penfold Plate.
“This is a good way to recognise the drivers who may not be at the sharp end of Historic FF2000,” said Grahame White, CEO of the HSCC. “It will be good to encourage the drivers from the middle of the pack, as they are just as important to us as those who take the overall podium positions.”
The Penfold Plate Mick Penfold HSCC Historic Formula Ford 2000 Championship Penfold Formula Ford 2000