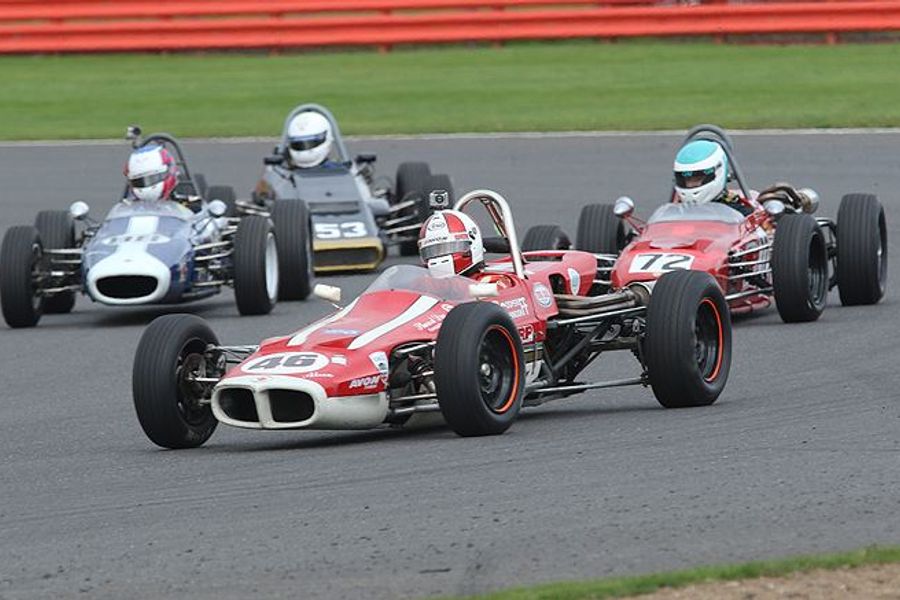 A trophy in memory of 1970s Formula Ford racer Chris Mudge will be presented for the first time in a decade during the Historic Sports Car Club’s Championship Finals Meeting at Silverstone this weekend, 15th and 16th of October.
The trophy remembers the Canadian racer who competed in Formula Ford in Britain for several seasons in the early 1970s before returning home. Sadly, he died in a non-racing accident at Mosport Park in 1976 and a trophy was commissioned in his name. The trophy was regularly presented by the Peterborough Motor Club to the winner of its annual Formula Ford race at Silverstone, but was last awarded in 2006.
This weekend, the trophy will be presented to the aggregate winner of the pair of Historic Formula Ford Championship races as the destiny of the 2016 is resolved between Callum Grant and Rob Wainwright. Between 1978 and 2006, winners of the Chris Mudge Memorial Trophy included Willie Moore, David Wheeler, Neil Riddiford and Gavin Wills, while Welshman David Llewellyn won the trophy four times in the 1980s.
“We are grateful to the Peterborough Motor Club for allowing us to use this trophy,” said Grahame White of the HSCC. “We plan to award it annually at our Silverstone Finals Meeting and it is very appropriate to Historic Formula Ford as these are the type of cars that Chris Mudge raced when he first came to England in the early 1970s.”
HSCC Formula Ford Silverstone FF1600