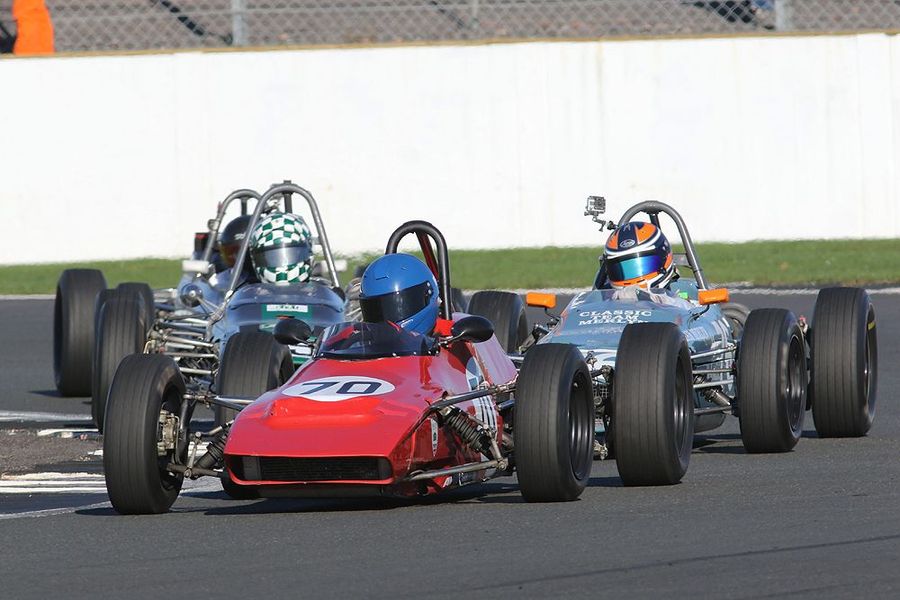 Competitors in the Historic Formula Ford 1600 Championship at the HSCC Silverstone Finals Meeting (19/20 October) will compete for the Chris Mudge Trophy.

Canadian racer Chris Mudge, a star of the 1975 British Formula Ford season, will be remembered during the Historic Formula Ford races and the impressive silver trophy named in his honour will go to the aggregate winner across the two races.

Mudge tragically died in August 1976 when he was a passenger in a sports car at the Mosport circuit in Canada, but through his time spent in the Peterborough area his death led to the instigation of the Chris Mudge Trophy with the Peterborough Motor Club. For many years, the trophy was presented during the annual Peterborough Motor Club race meeting at Silverstone. Since the end of that event, the trophy has been entrusted to the Historic Sports Car Club.

Mudge’s sister is renowned Canadian artist and sculptor Pixie Mudge Massey Shaw. Pixie is flying over from Canada this year to attend the HSCC Championship Finals meeting to present the trophy that commemorates the racing career of her late brother. Callum Grant is the most recent winner of the trophy, while one of the winners back in the 1970s was Eddie Jordan.