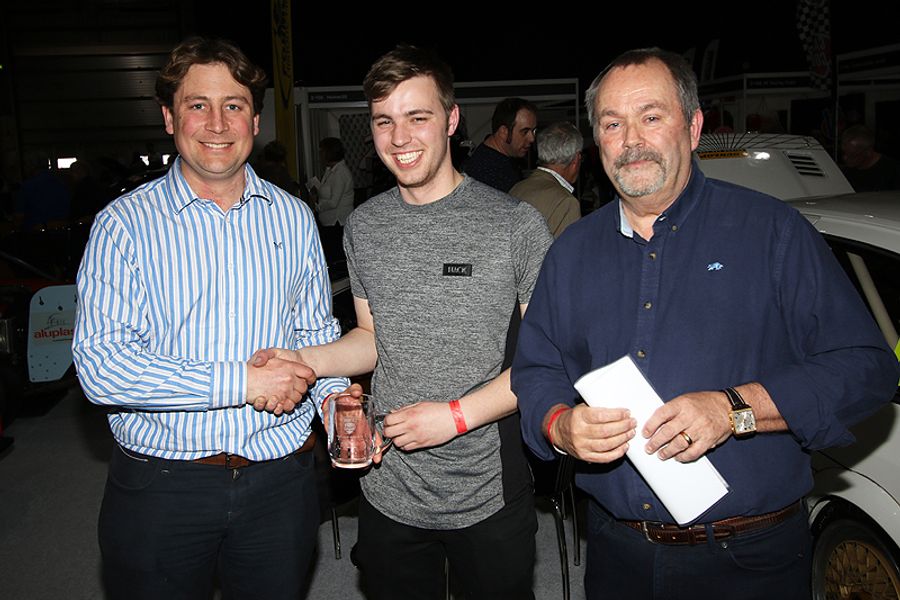 Historic Formula Ford racer Nelson Rowe has formally thanked the three people who were central to his rescue from a fiery accident at Cadwell Park last May. In a HSCC Formula Ford 1600 race at the Lincolnshire circuit Rowe rolled his Crossle, and was rescued by rival Callum Grant and two spectators who helped lift the burning car.

Richard made a special presentation to father and son George and John Latus from Hull, who were the first on the scene after Nelson’s Crossle. They were presented with glass mugs, engraved with Nelson’s signature and a message recording his gratitude for their swift and selfless actions. “John got to the back end of the car and started lifting it,” said George.

In addition, HSCC CEO Andy Dee-Crowne offered George and John two tickets to any HSCC race meetings in 2019 and invited them for a behind-the-scenes look at what goes on at an event.

Meanwhile, Nelson formally thanked fellow racer Callum Grant for his vital part in the rescue. As well as an engraved mug from the Rowes, Andy Dee-Crowne presented Callum with a free HFF or HFF2000 entry in 2019 and the Historic Formula Ford fraternity presented him with a voucher for a full set of Avon tyres for his quick-thinking and bravery.

Nelson reports that he certainly plans to be back on the Historic Formula Ford grid this season, possibly as early as Silverstone in May. A new chassis has arrived from Crossle and Nelson says it is now just waiting for Richard to get on and build it up into a complete car.