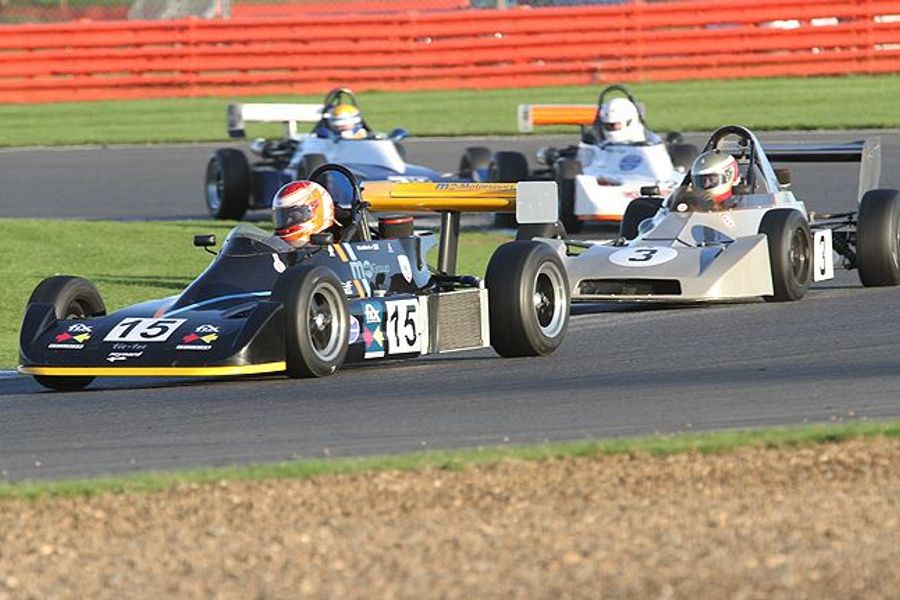 Lackford Engineering has been announced as title sponsor of the Historic Sports Car Club’s Historic Formula Ford 2000 Championship.
Robin Lackford of Lackford Engineering Classic and Sportscar Specialists in Cowfold, Sussex will back the single-seater championship alongside his continuing support for the MG Car Club’s Midget and Sprite Challenge. The championship will be known as the Lackford Engineering Historic FF2000 Championship.
The 2017 season will be the tenth year for Historic Formula Ford 2000, which ran its first race at Cadwell Park in 2007 and gained championship status in 2011. It consistently delivers good grids and close racing for the 2-litre Ford Pinto-powered racing cars built and raced up to the end of 1981.
Robin Lackford has been involved in racing since the 1970s and his business specialises in classic sports and historic racing cars. It offers a full range of services from rebuilds and restorations to a body and paint shop. The company website is www.robinlackford.co.uk
“We like to support various championships and classic events rather than just keep taking from the sport,” said Lackford, who has a forward restoration calendar now booking into 2018. “We look after a number of race cars in many championships and among various race cars that we compete in is a Lola T580 FF2000, which is in bits awaiting a rebuild.”
Grahame White of the HSCC said: “We’re delighted to welcome Lackford Engineering as sponsor of our Historic FF2000 Championship. I’m sure it will be good news for the category.”
HSCC FF2000 Formula Ford