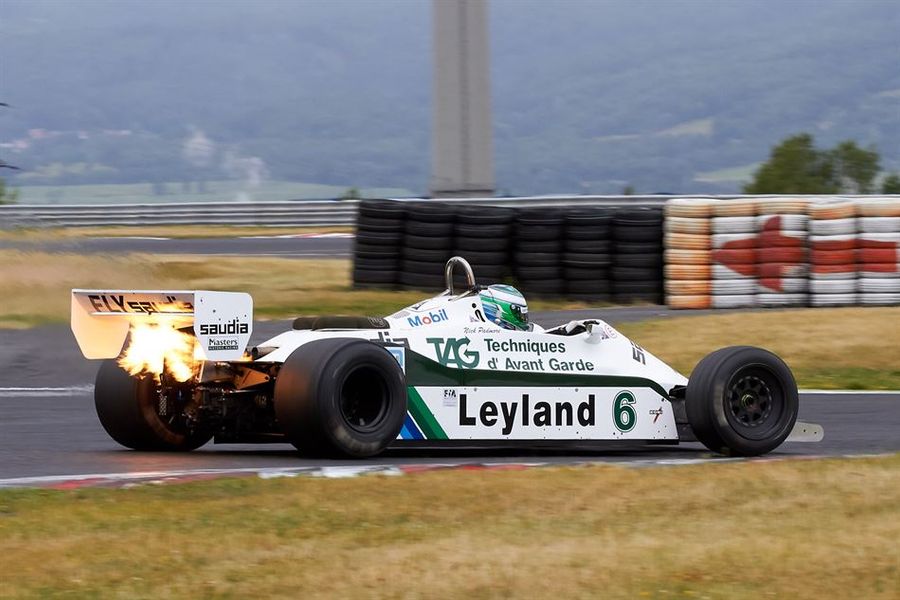 Nick Padmore was on form when the Masters Historic Racing Formula One field supported the British Grand Prix at Silverstone over the weekend, taking two wins in his Williams, heading home the similarly-mounted Mike Cantillon in each race.

In race one Padmore led all the way, puling almost three seconds clear on lap one and extending his advantage as the race progressed, hitting backmarkers bylaw five such was his pace. The chasing Cantillon chipped away at the leader’s advantage in the latter laps,  going into the final lap almost six and  half seconds down, and almost halved the deficit by the flag, Padmore having lapped three other cars.

In third was the Ligier of Matteo Ferrer-Azo, making his Silverstone GP circuit debut.

Sunday morning saw race two entertain the crowds, and the partially reversed grid ensured Padmore could not drive away on lap one as before. The Brabham of Jonathan Kennard led from Greg Thornton’s Lotus early on, but he crossed the line at the end of lap two with Padmore right with him, and the Williams was quickly past and almost three seconds clear by the end of the next lap.

Cantillon was fifth at the end of lap one, but into second by lap four and that was the  lead two positions settled.

Jamie Constable had his Tyrrell into third but slowed near the end and Thornton got past to claim the final podium position, only to go off on the slowing down lap, damaging his Lotus.

A drive of note was that of seventh placed Henry Fletcher, who has missed practice and qaulifying, retired from race one, only to charge though form 23rd on the grid, third non- ground effects car home.