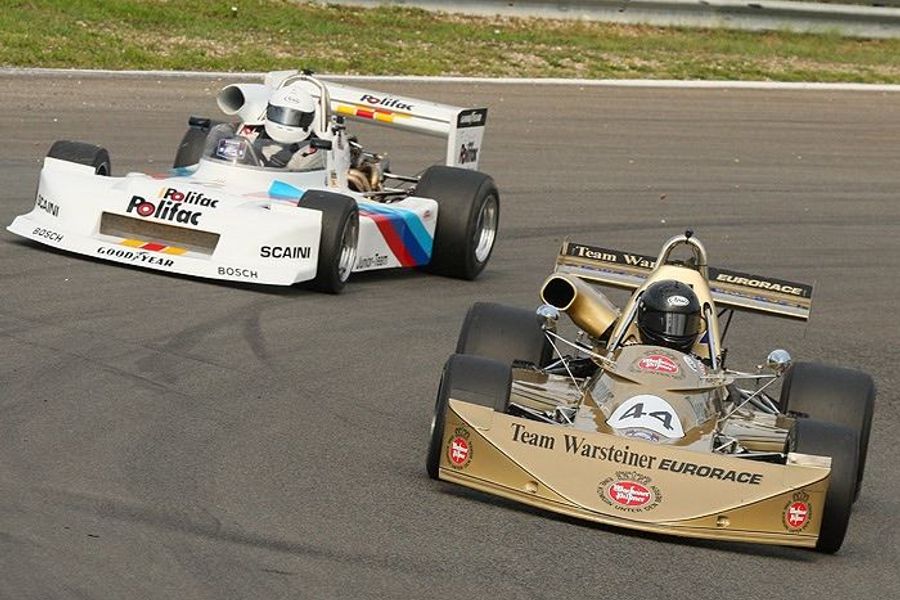 Darwin Smith was the star of rounds seven and eight of the HSCC Historic Formula 2 FIA International Series at the Zandvoort circuit in the Netherlands (29th and 30th of August). Another excellent field of Formula 2 cars from the 1970s contested a double-header event at the high-profile Zandvoort Historic Grand Prix at the home of the former Dutch Grand Prix. Now, just two races remain in the 10-race schedule as the season concludes at Dijon (France) on The 2nd to the 4th of October. While Northern Irishman Smith won both races, double reigning champion Robert Simac took two more class wins to remain in control of the points in his ex-Jean-Pierre Jaussaud March 712. The Frenchman is now in a strong position to clinch the title at his home track next month. Smith started the opening race from pole position and went steadily clear as Matthew Watts (March 772P) led the chase. Phil Hall (March 752) completed the podium with a strong run to third place once Richard Evans retired his Formula Atlantic March 79B. In the class for 1600cc F2 cars, Simac won again from US commuter James King (March 712) and Australian visitor Martin Bullock (Chevron B17C). In the weekend’s second race, Smith completed his perfect weekend as Watts chased him to the flag. Hall again took the final podium position while Mark Piercy (Lola T360) was an excellent fourth after missing the opening race. In the 1600cc class, Simac won again from King and Paul Bason (March 712). This season Moto Berazzi Ltd, a new name in the manufacture of wheels for historic racing cars, is supporting the HSCC Historic Formula 2 FIA International Series. Somerset-based Moto Berazzi will specialise in making three-piece rims for single-seaters and sports-racing cars from the late 1960s and 1970s. The rims are ideal for cars from manufacturers like Chevron, Lola, March and Lotus.