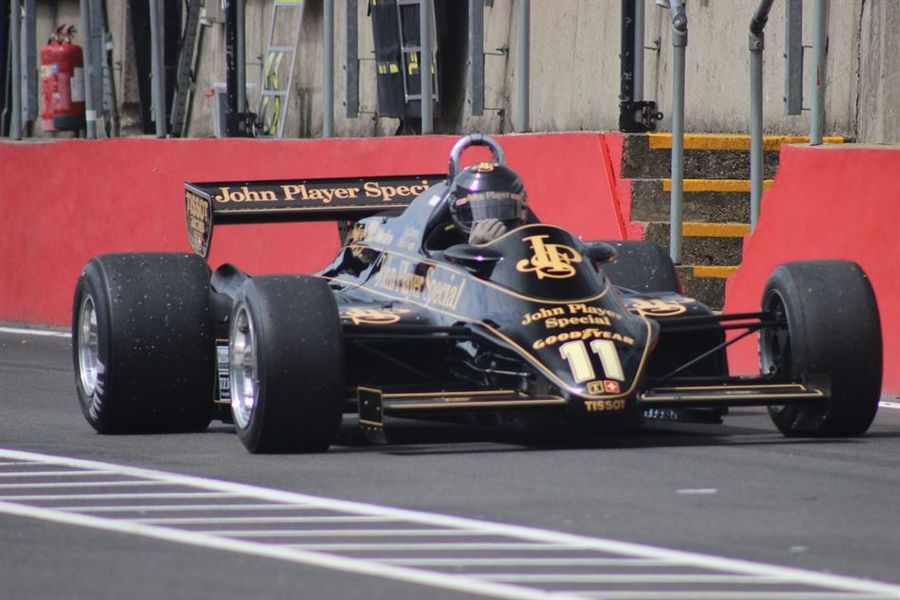 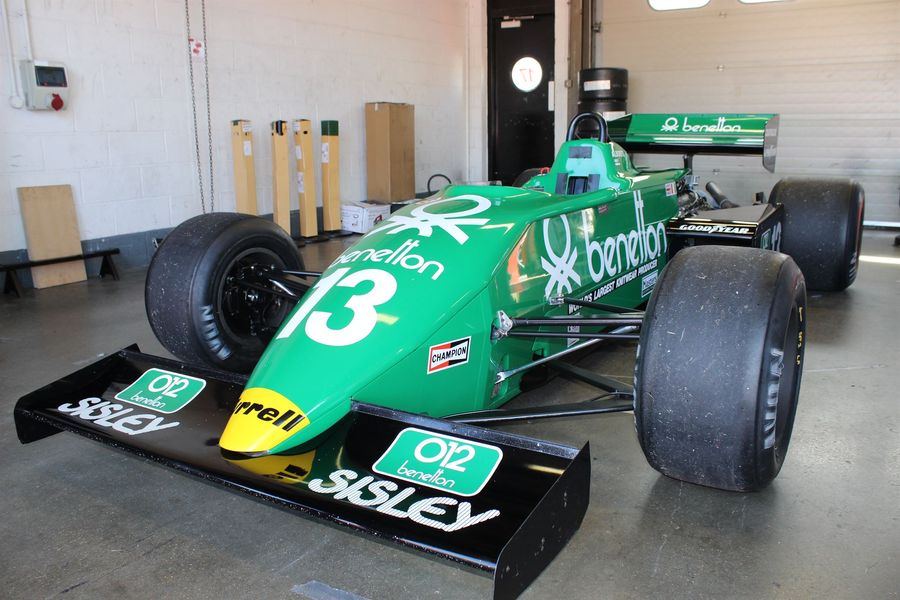 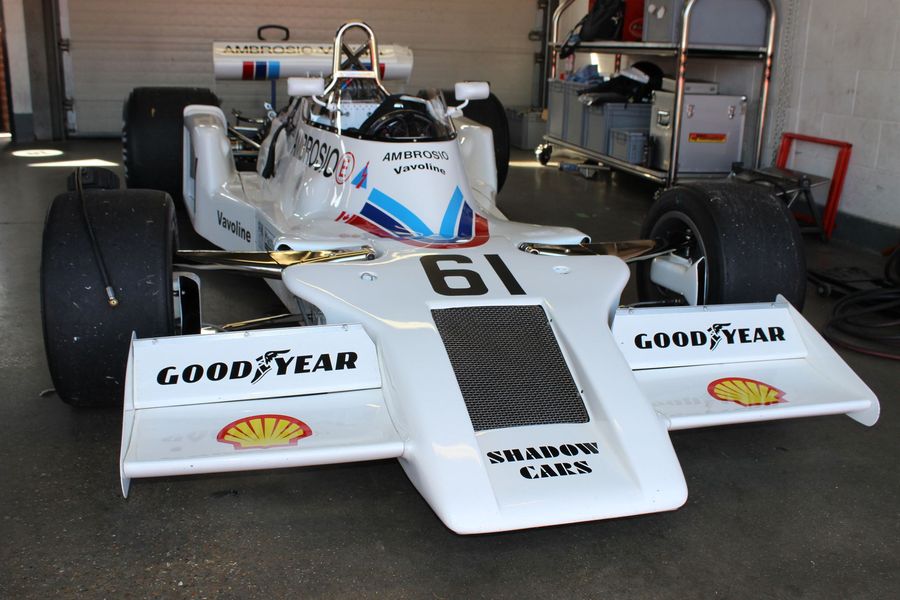 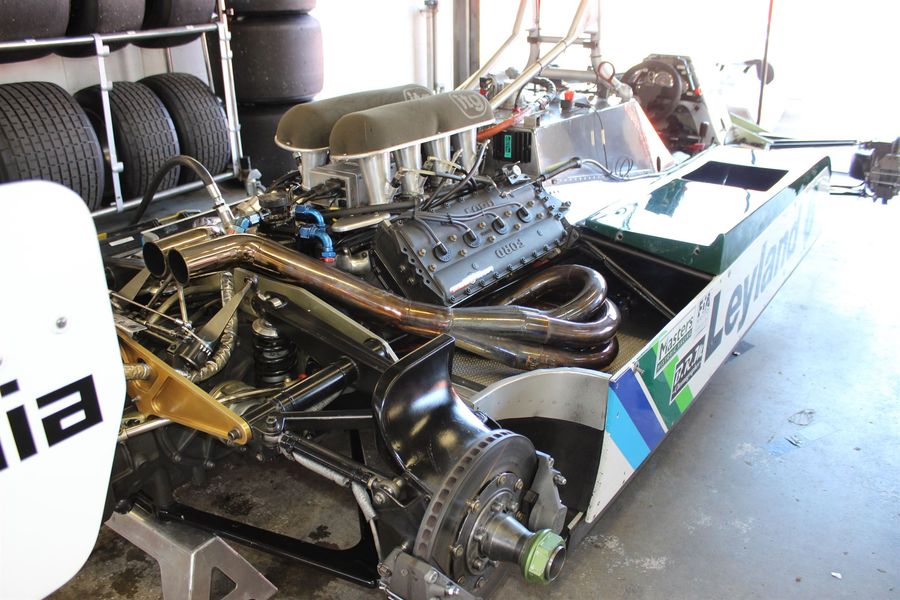 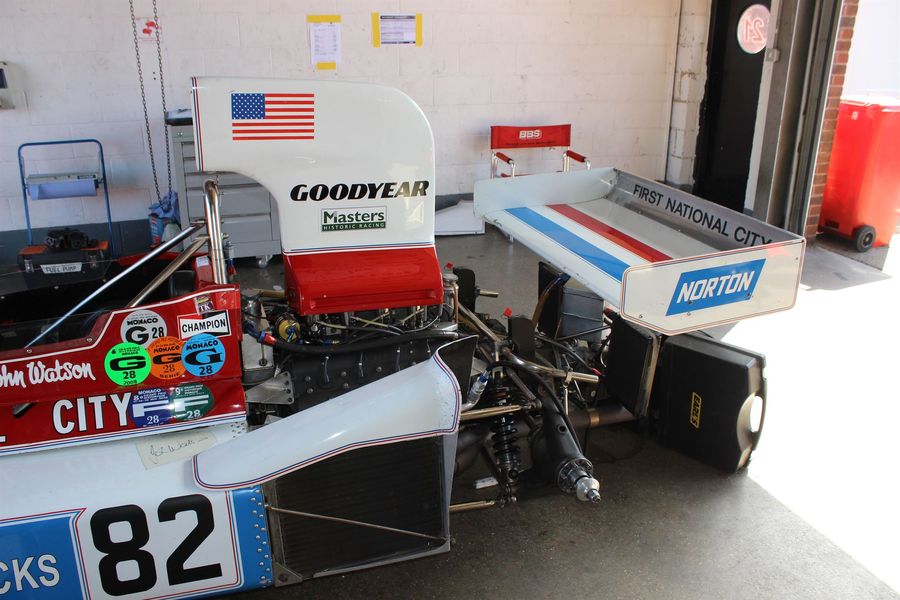 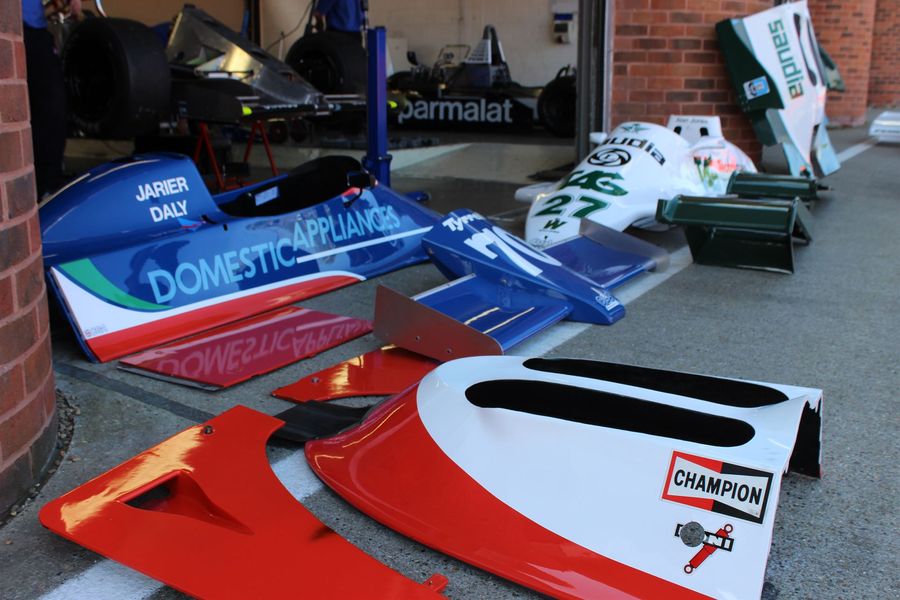 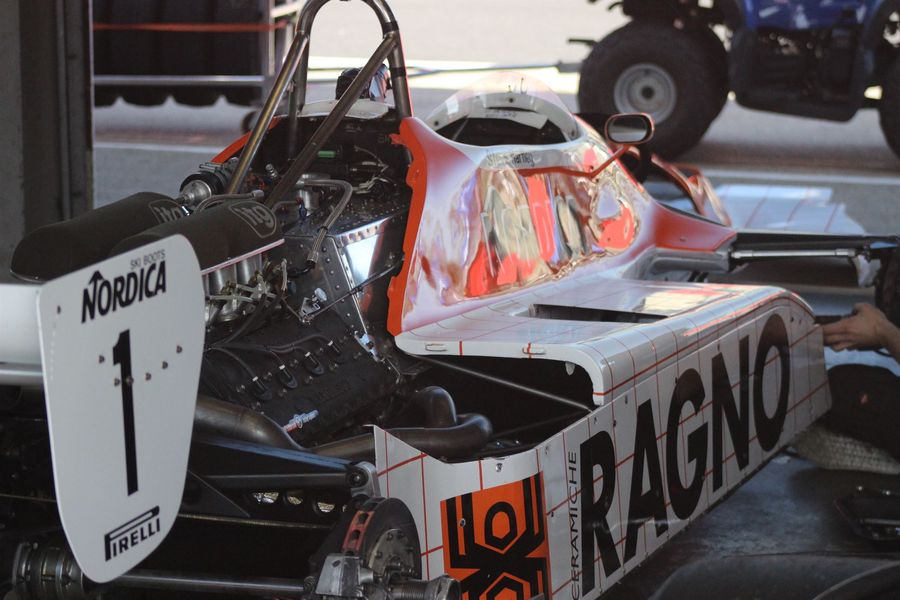 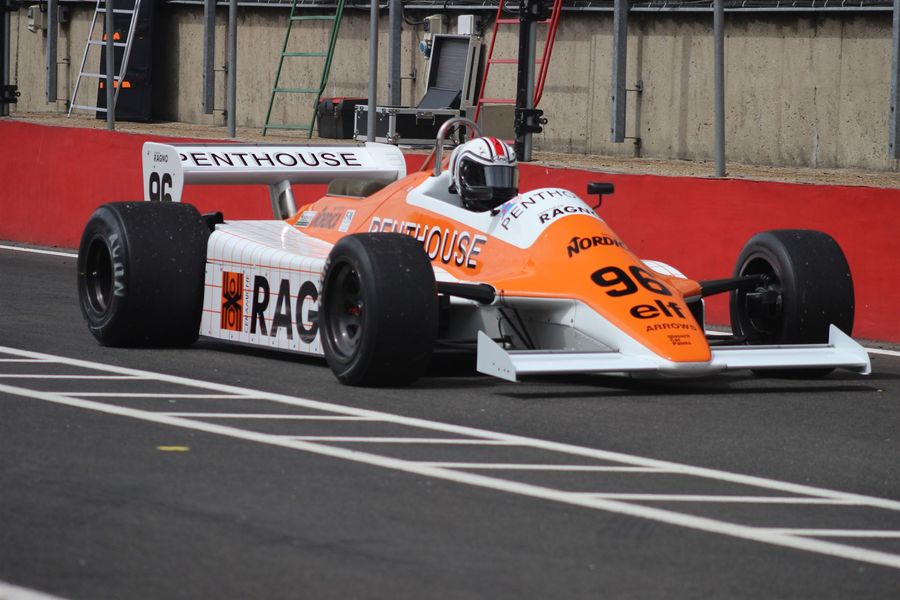 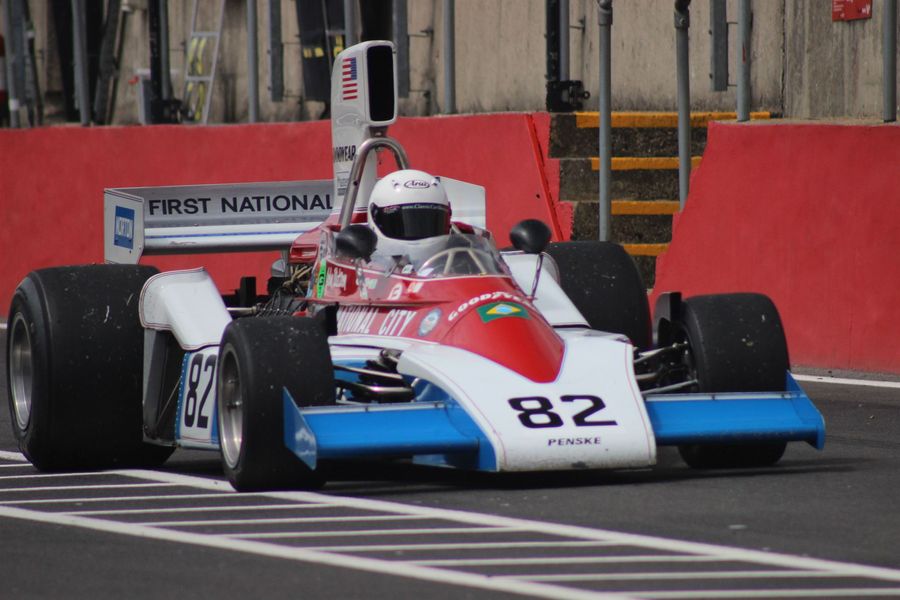 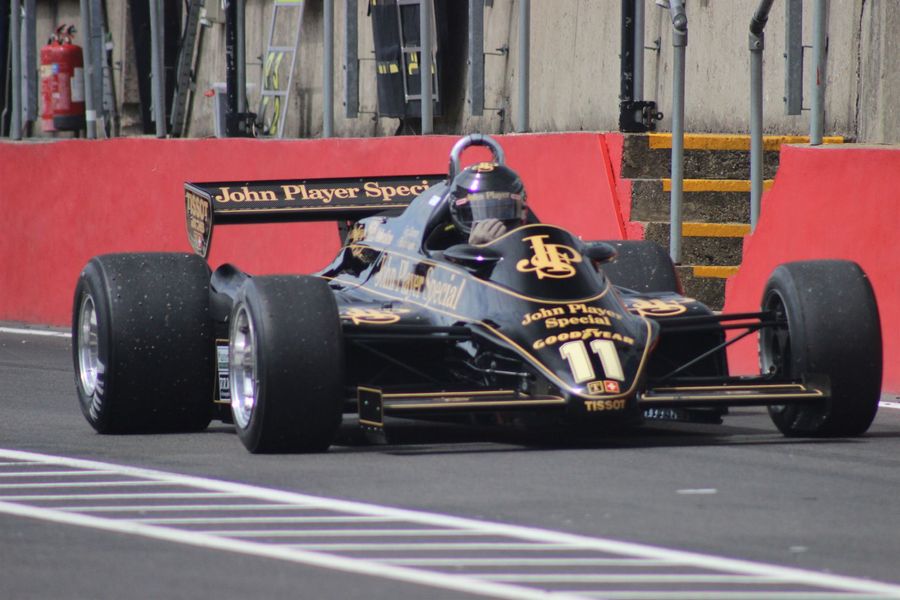 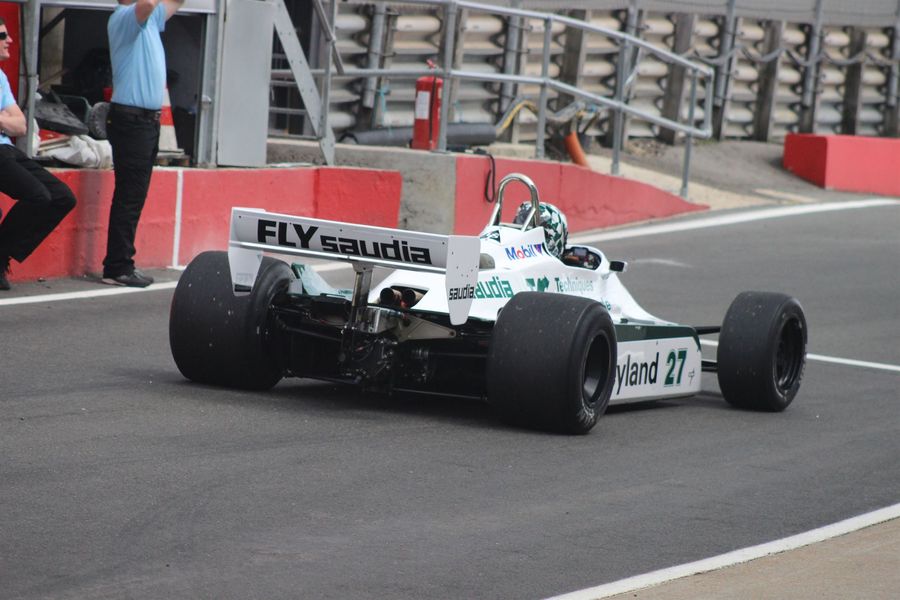 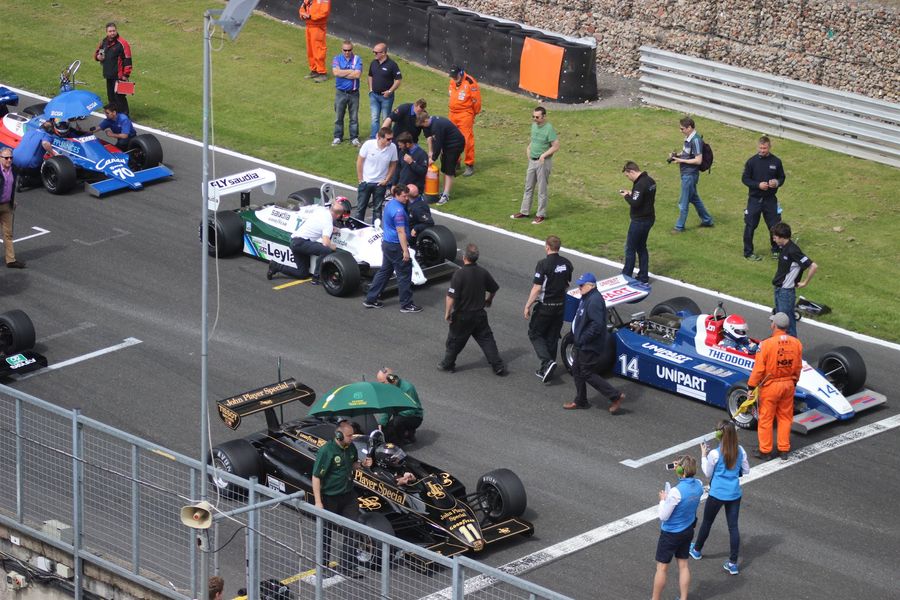 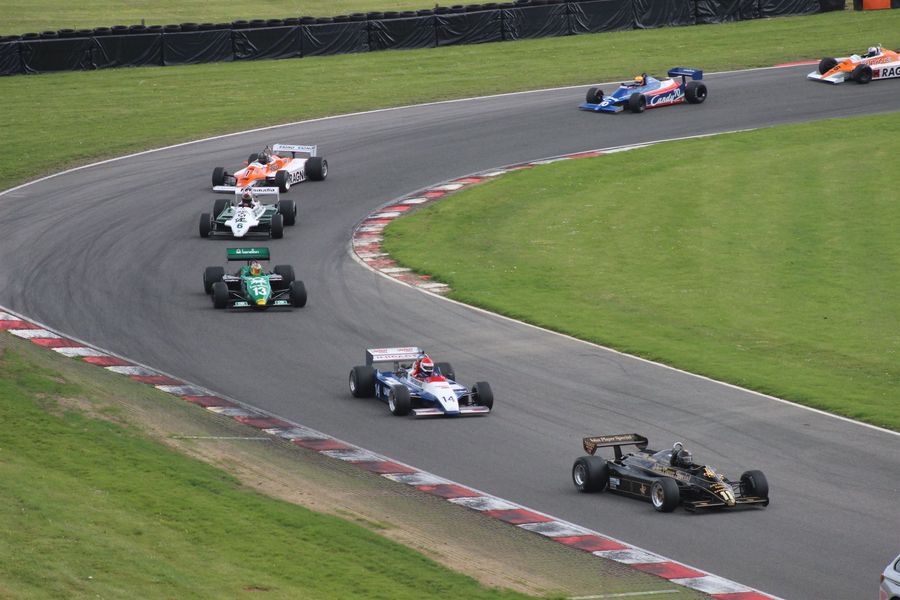 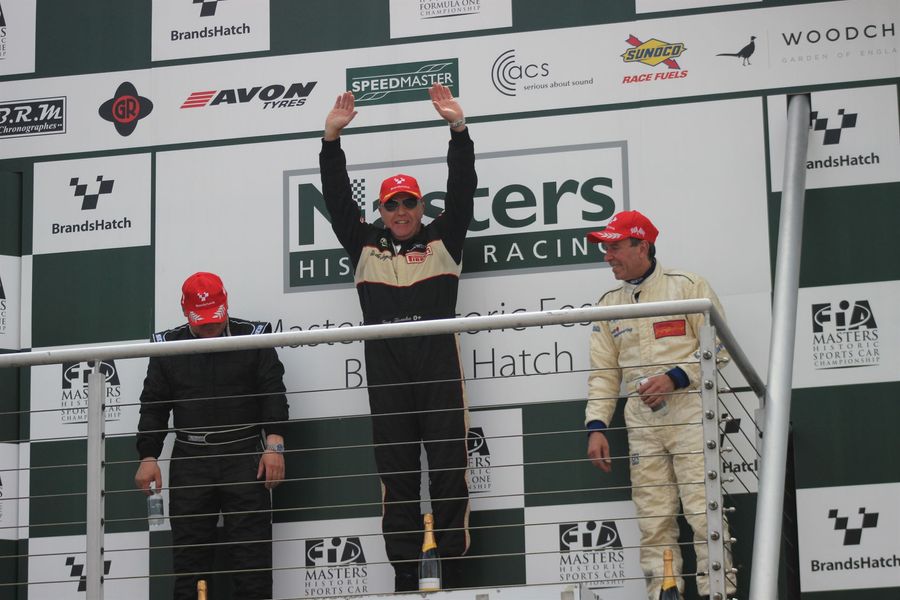 Click on the Audio tab for an interview with Greg Thornton right after race one!

Greg Thornton won both FIA Masters Historic Formula One races at Brands Hatch, the Lotus driver recovering from a slow start in each race to head the field home. They were two very different races, however, whereas in race one Thornton quickly recovered to open a useful gap over the rest, in race two he had to work much harder, a late spin livened things up and Thornton had to regain the lead to just head Loic Deman, in a storming drive from the back of the grid, home.

On pole by almost two-tenths from the Ensign of Simon Fish, Thornton led the field away at the rolling start, but had slipped to third behind Andy Wolfe’s Tyrrell and the Arrows of Steve Hartley, while contact between Deman and Fish saw both retire. Thornton was quick, setting a fastest race lap in the Lotus 91 on lap three as he closed in on Hartley who in turn was looking for a way past Wolfe at Surtees.

By the end of lap five Thornton was ahead, having gone inside Wolfe into Paddock Hill Bend, and in the next few laps he was the quickest car on the track easing away until he had a gap of over 10-seconds at the end of the 25-minute race.

Hartley was a secure second, taking he slot despite a slow final lap with fuel issues, while the battle for third saw an exciting mid-race battle between Wolfe, Silvio Kalb’s Arrows and the Brabham of Joaquin Folch. Kalb came through to take third at the flag ahead of Wolfe, Folch losing ground on the last lap falling behind the Williams FW07s of Max Hilliard-Smith and Mike Wrigley who had battled race long.

Click on the ‘Audio’ tab to hear race winner Greg Thornton right after race one!

A flying first lap from Hartley in race two saw him take advantage of another slow start from Thornton to head the field by over five seconds, Thornton third behind Kalb. Once past Kalb Thornton began to chip away at the lead of Hartley, looking to go inside him at Paddock Hill Bend on lap nine, as light rain began to make the track slippery for the powerful ex-Grand Prix machines.

A move on Hartley on lap 13 saw the duo swapping places more than once on the lap before Thornton spun putting Hartley back ahead. Deman, having worked his way thorugh from the back of the grid after his race one non-finish, was now second, and closing on Hartley, while behind Thornton was also lapping quickly and determined to make amends for his spin.

Deman found a way past Hartley, with Thornton right with them, and the race one winner was ahead with a lap to go to take the win, heading home Deman by a second and half with Hartley third.